Newly leaked marketing imagery for this year’s Call of Duty: Infinite Warfare has revealed those purchasing the game’s Legacy Edition will also receive a copy of Call of Duty 4: Modern Warfare Remastered. The remaster has yet to even be officially announced, but according to the marketing materials it’s a full game download of Infinity Ward’s 2007 classic.

We’ve got no details on what’s included in Call of Duty: Modern Warfare Remastered, but we’d hope it’s both the single-player and the revelatory multiplayer components. It’s also difficult to tell whether this remaster is going to be coming to PC, because if it’s just a resolution and fidelity bump, we’re kind of already there with the base version. 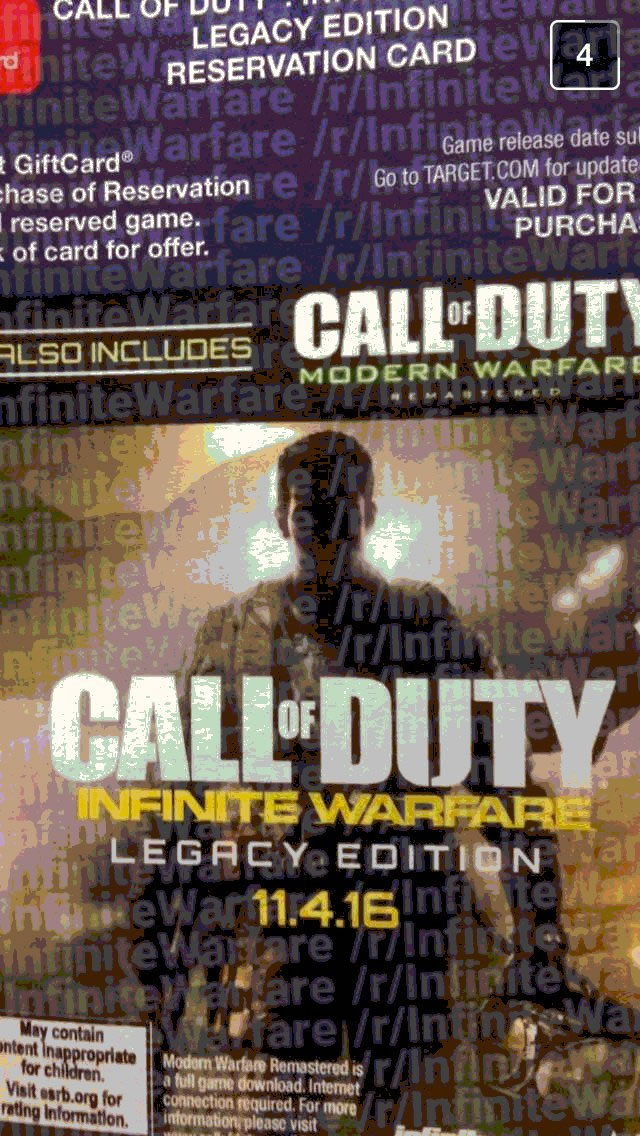 Since the original leak yesterday I’ve also had some time to ponder on the name and I think it’s probably the least inspiring title ever. I guess at least it feels analogous to the never-ending yearly churn of Call of Duty releases, but I had higher hopes for this outing. I mean, Infinite Warfare from Infinity Ward, the sequel to Advanced Warfare, and it comes with a copy of Modern Warfare. Someone buy these folks a dictionary. I can’t be the only one hoping we can return to some historical theatres of war soon enough.

How are you feeling about the prospect of COD: Infinite Warfare? Are you more excited about Infinity Ward's new title or the Call of Duty 4: Modern Warfare Remaster? Let us know!

Which do you want more?

I wish 'n hope for there will be COD:4 MW1 RM mods support and hopefuly Bring back tha old skool Mods n maps port it too--> remaster
would dat be a great idea?

I guess all of us can already agree that the new COD is **** and that we want a prettier COD 4.

haha...now everyone wants this game. cause we get 2 reskins at the price of 1 and a half. also 2 leaks in quick succession? yeah right.

If I remember correctly, MW2 and Black Ops also had a lean option.

well I wouldn't know since I played Mw2 and black ops on my ps3. last cod I played on PC was call of duty 4

Ghosts has leaning as well.

COD 4 remastered? I'll take it! It's the one COD game I like.

R.I.P Call Of Duty, it was nice knowing you.

Also i have another question how do u create polls in blogs? I selected d create a poll option then it asked me post qn and options for answers. Well is that it? Does it create the poll correctly?

I choose the third option, none! I want to waste my money on better games. Personal choice, don't hurl stones in my direction! :)

Well, you can't find much better games than COD4 MW. If only it was sold separate and had MP.

In Call of duty voice
"Exploring in the depth and wonder of the void, searching for something. At last, far away on an ancient planet, there we discover... The Cube!"
Transformer music starts to play
https://www.youtube.com/watch?v=RnITI63k0KE

Directed and starring Micheal Bay as accessive and unnecessarily exaggerated massive explosions. Coming to you this 2016!

For an unknown reason I still buy CoD every year and buying on PC I can still play them all. So unless it's a big visual improvement over the original, the remastered modern warfare isn't really interesting for me. For the infinite warfare, I will probably won't play it a lot like all the Cod that have followed BO1

I'm really not that interested in space warfare. Can't we just get some historical battles and such back? 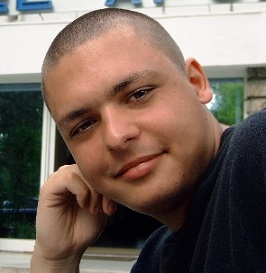 I totally agree. Where are the good old WW2 games?

buried, as people go sick of them, then they got sick of modern day warfare, now they are sick of future warfare... my solution! Alternete History, events of our history have a different outcome and the game is set in that time, that leaves them with a well established theme, but gives them all the creativity in the world.

Please tell me poll wasn't inspired by my "-11:17- I am sure more people would want remastered COD 4 than Infinite Warfare." comment :D