Over the last year or so I’ve been looking at the newly released system requirements for AAA PC games with an increasing amount of concern. Where once I was sitting pretty with 8GB DDR3 memory, I’m now finding myself more and more behind the curve. Games like Batman: Arkham Knight, Quantum Break and Call of Duty: Black Ops III are all making increasingly light work of 16GB, prompting me to wonder just how much, and what, RAM is necessary for a new PC gaming build.

Your first port of call is deciding between DDR3 and DDR4. The prices of these two have basically aligned now, so you’re not really going to save much at all by opting for the older DDR3 standard. You will need a DDR4-compliant motherboard, but if you’re building a new PC then that’s pretty much guaranteed.

With that settled it becomes a question of ‘how much is enough?’. Right now the most demanding games eat up 16GB at recommended. However, there still is no game which won’t run fine on an 8GB system. Look forward and we’ll see an increasing number of games using 16GB, so the sensible option seems to be to double your expenditure and up to 16GB.

But why stop there? There’s a school of thought that you may as well get as much as you can. Compared to the majority of PC components, RAM is extremely cheap and by far the easiest internal component to install. 32GB of DDR4 memory can yours for as little as $150. Compared to your graphics card that’s probably chump change, and you’re getting access to hardware which is double the capacity required for the most demanding PC games ever.

This can be taken to its extreme of course, and should you have a compliant motherboard you can even go nuts and get 128GB. That’s to the tune of $800 and up, and shouldn’t be the concern of PC gamers. At least yet, anyway. The problem with RAM, or I guess the benefit, is that it’s not really a case of the more you have the faster your game will run, but rather you have enough or you don’t. If you don’t you’ll find out about it quick enough. There is a very minor benefit in opting for faster RAM clock speeds, but not really enough to notice.

Anyway enough rambling, my question to you is, if you were building a new gaming PC, how much RAM should be in there? Is 16GB enough? Are you happy squeezing by on 8GB initially? Let us know!

How many much RAM does a gaming PC need? 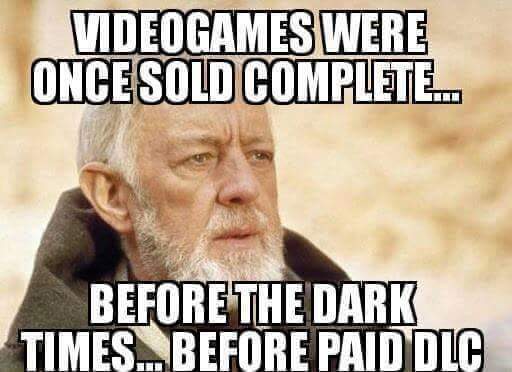 have i even had a single game use more than 8gb of ram? No, I haven't. But i did notice the jump in smoothness in my overall system while at 24gb. Thats my fault though, chrome tabs arent cheap

I've only ever gone over 8GB of useage once while gaming, but it's nice to be able to open a million Chrome tabs in the background while running a game.

Firefox is a RAM hog now, so 16GB makes a big difference. Over 8GB is only used here when playing games as well as having a bloated firefox full of tabs, addons open and music in the background with mediaplayer. Even then I don't even come anywhere close to 16GB. Video encoding/editing however diffrent story, 14GB used

really? that surprises me, from the years I used Firefox it would eat so much less memory than its rival chrome.

When Mozilla released the controversial Australis UI, that's when the problem started. It is a bit more optimized now, but upon release it was horridly bloated and Vista-like in it's resource hogging ability. As we speak with 90 tabs open, it is using over 2gb of RAM all by itself. In some cases, it will use 4GB.*

*I just cannot bring myself to use chrome. I don't trust google with my data. Hence why I also have an iPhone despite it's tendency to be "tech unfriendly".
The whole Tim Cook thing cemented my faith that Apple cares more for privacy and I made the right choice.
Firefox being indie and not a big corp is the same way.

16GB is becoming the new standard. 8GB is still sufficient but I feel it will soon be done away with as games require more and more.
I also feel the the difference in performance between DDR3 and DDR4 is negligible in most situations at this point in time.

yeah optimisation is problem,next gen should be more optimised

Well it mostly depends on the pc build and what will the person do with it for examples i only do gaming/internet browsing/watching videos and some rendering so i think 16gb would be perfect for me :) And upgrading from 6 to 8 would be kinda a waste anyway. Ram keeps getting cheaper day by day.

16GB was rated as a 10 earlier this year. I don't know what changed really. I feel it should still be rated a 10. 32GB is still not even close to becoming standard.

Yeah, totally agree. Can't see why 16gb is still not rated 10 since it pretty much can still handle everything.

Though, next time i got some spare money ill upgrade to 32GB. Its getting hella cheap!

been thinking about upgrading myself. but since i don't own any of those ram demanding games i am holding out till i do (if that makes any sense). its just a matter of getting off this damn chair long enough to buy one.

I will at some point need to upgrade my ram.

I only have 2 sticks of ram currently so I am not making use of the quad channel memory but I really don't feel like I need the extra 16 gigs yet. Even with running servers and doing multiple stuff 16 gigs doesn't seem to come up short yet.

i run 32 and most of it is wasted. even running witcher, a wow server and a minecraft server for my kids.

but i like to think of it as future proofing. 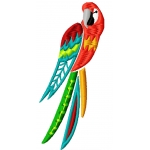 I have old 2x4GB sticks and I'm running everything maxed out still... no changes at all in performance.

For gaming purposes, it hardly matters how much you put in a new build - as you mentioned, RAM is cheap, and most ATX-size mobos support at least 32GB. Start with 8 or 16 GB, buy more later if you need it.

I had to upgrade from 8gb for AAA titles but building a 12gb system is kinda unusual w/o tri channel memory. Though using features like gameDVR can suck up memory so if you want an Xbox PC then I'd say spring for at least 16.

for now no game uses more then 10 gig of ram ( batman arkham knight )
12 shall be ok for all games , in a couple of years the minimum required will be 16

I would say for beginners or people with a budget than 8gb is fine, but I would suggest to help for future games like Star Citizen I would go for the 16gb of ram