In addition to this, Creative Assembly has partnered with some of the most popular Total War modders to ensure there’s community created content in there from day one. In effect it’s similar to what we saw with XCOM 2 back in February. 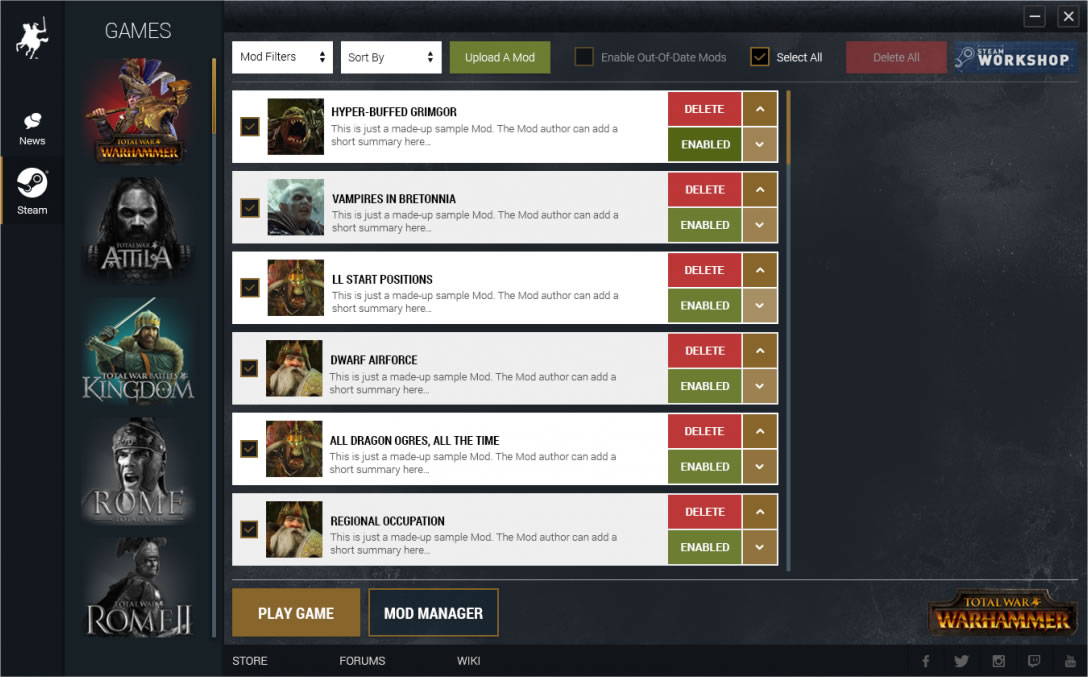 Dresden is working on a mod which tackles the problems with races not being able to settle in all locations, creating the Regional Occupation Mod. Every minor detail about how settlements work can be hand-tweaked to your choosing using this.

Fellow modder Magnar is also hard at work on the Legendary Lord Start Position Mod, which, uh, does exactly what it says on the tin really, allowing players to choose different starting positions for their Legendary Lords.

Total War: Warhammer is launching on PC on 24th May. Pick it up within the first week of its launch and you’ll net yourself access to Chaos as a playable race.

This is just getting better and better. I'm having a hard time not being hyped.
Like, seriously.

Free Chaos Warriors pack extended for a week after sale.
Mod support from day one (regardless of absolutely no mod support to begin with).
Fantasy.
..

Thanks, there went my hype.

Even tho i'm a long time RTS gamer i'm not supporting that thing or anyone that uses such things so this game is a no go for me... if i really want it ill just get it from a friend that is a game collector when its complete edition.

Just waiting for the Gold Edition to come out in a year or two so I can grab the game .

but, but denuvo doesn't allow mods.