Up For Debate - Battlefield 1 vs Call of Duty: Infinite Warfare

It’s been a titanic week for first-person shooter fans. Or should I say Titanic for one in particular, with YouTube being the particularly chunky looking iceberg. Both Infinity Ward and DICE took the wraps off their respective shooters, giving us plenty to look forward to in the upcoming holiday season. The pair took very different tacks though, as Call of Duty: Infinite Warfare looked forwards with its sci-fi battles in the depths of space, while Battlefield 1 looked to the past, the furthest back the franchise has ever tackled - World War One.

The two giants have presented two very different takes on FPS and multiplayer. Battlefield 1 has been garnering a huge amount of attention for being the first AAA title to tackle WW1. A brutal, uncompromising war which has traditionally been difficult to base a game around. It’s going to mean drastic changes to the usual Battlefield systems. Players can fight on horseback, hop into biplanes, or hunker down in trenches and use deadly mustard gas to flush out enemy troops.

Fans are undoubtedly loving it. The Battlefield 1 official reveal trailer is bearing down on 20 million views, with 1 million thumbs up and just 18,000 thumbs down.

Things don’t look so rosy for Call of Duty: Infinite Warfare, which has just bumped into eight position for the most thumbed-down YouTube video of all time, garnering 1.1 million thumbs down and just 250K thumbs up. That’s based off of 14 million trailer views.

For its own part I think Call of Duty: Infinite Warfare looks pretty neat, especially once they blast off into space. I don’t think anyone can discount the impact bundling Modern Warfare Remastered with it is going to have either.

Traditionally Call of Duty has outsold the Battlefield series with ease, could 2016 be the year we see the roles reverse? Both have daft names, but which FPS are you looking forward to this year? Let us know why!

Which game are you most looking forward to? 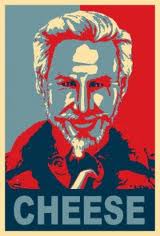 actually its hilarious that there is more neither votes than COD IW votes....#RipCOD

i hope i could vote more for bf1

Battlefield without a doubt...

i think battlefield 1 in terms of sales will be about equal to cod or even win there cause many COD fans are disliking infinite warfare cause its so futuristic and i have to agree that battlefield 1's idea of wwi in high tech sound really cool,in mp both are totally different and can not be compared,its just the matter of preference :D

It's understandable that CoD and BF fans usually don't mix - they're quite different games. CoD is more of a pure FPS with lots of quick action and lone-wolf tactics. Whereas BF has always been a large-scale battle simulator with vehicular warfare and hierarchical planning, just in FPS format. I prefer Battlefield because I enjoy the more lifelike tactics, teamwork and pure scale of air, land and sea combat. I know CoD players and they prefer that game for it's quick pace, reliance on personal skill and reflexes as well as it's ability to be played casually.

I'm also not surprised about the outcome of the vote but that's more because the vote is on GD. If you were to put the vote on a PS or XB oriented forum it would be more equal and the reason is that PC players use PC for reasons such as good strategy game experience, quality graphics, ultimate control and customization. You probably won't find those traits in many CoD players (or pure-console gamers in general) because CoD isn't a game to support those traits. Instead the strategically aligned PC players prefer the tactical BF over the more console friendly CoD. This is just a generalization.

I touched PC first in 2007/8, THIS is biggest internet war ever... I am mean. Ok, Justin Bieber haters are a bigger group, but this is amazing! I don't play neither of series daily, but BF is far ahead of COD, they're falling... 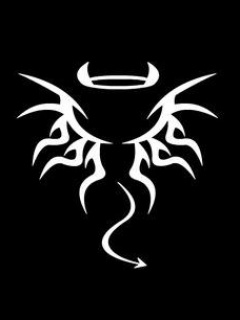 This doesn't factor in how many people will buy COD just for the remaster, which will sell a ton of copies despite how much everyone hates Infinite Warfare!

most one-sided up for debate ever.

COD has no chance of wining..Watch you-tube and everything will be clear..

That's more of an opinion - though I understand your point. There is an enormous following for CoD and a great many of those fans will buy the game regardless of the setting simply for the fact that it's a new CoD game. Plus the potential for space-era zombies will likely draw a few people in. 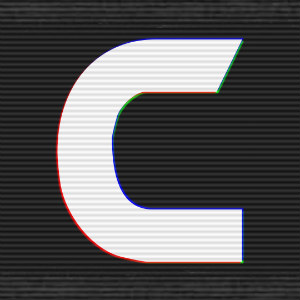 Well, at least IW has 20 votes. That should please them :D

That poll should add "Both" option. Better not start a rumble, I like both.