It was easily overlooked in the glitz and glamour of brand new graphics cards being revealed, but Nvidia has also taken the time to detail its other latest technology - the GeForce GTX SLI HB Bridge. In a nutshell it’s a new connector for pairing up multiple graphics cards in a SLI configuration, the difference being its HB (high bandwidth) denomination. 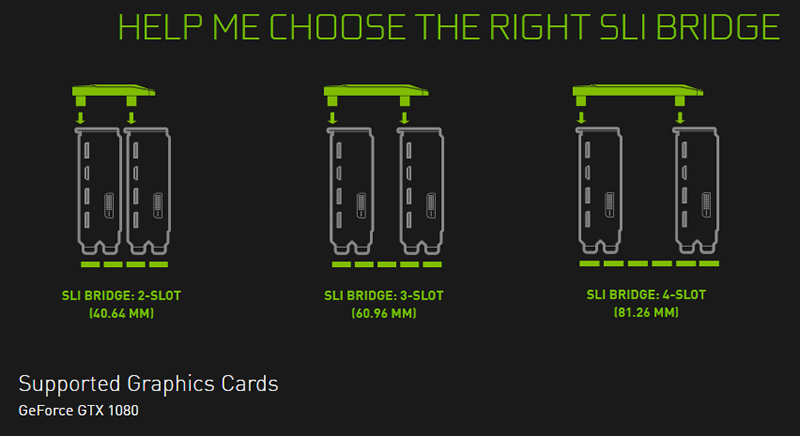 Nvidia reckons the SLI HB bridge doubles the maximum theoretical transfer bandwidth in comparison to current generation Maxwell architecture when in SLI. This obviously helps in the speed at which the two graphics cards can communicate and share data with one another, in theory leading to smoother frame times and better SLI scaling.

The downside is that this particular Nvidia branded bridge is only going to be available for its GeForce GTX 1080 graphics cards at the moment. No dice on the 1070s at the moment, but a standard SLI bridge will still suffice. I’d guess from Nvidia’s viewpoint they’re thinking if you want more power than a 1070 then you’re probably going to opt for a GTX 1080 anyway.

From the looks of things Nvidia is only going to support dual-card solutions for the time being, although between now and the GTX 1080's launch on May 27th there's every chance we could see more.

Any GD'ers tempted to opt for a SLI set-up this time around with Pascal?

It's called: creating a need.

I guess size does matter after all

I have major doubts for this. SLI bridge currently does 1GB/s so an "HB" would be 2GB/s? Anyone hoping this will be a huge breakthrough in SLI better not hold their breath. If transfer rates were the problem then nvidia should have been usi

I wonder if the lower bandwidth of the standard SLI bridge was the reason why we still haven't seen Split Screen Render SLI being used in new game releases yet? Perhaps this new HB SLI Bridge (or NV-Link 0.5) is what they have been waiting for.

This info was in my inbox the same evening the GTX 1080 got revealed. Wasn't overlooked :)

Yeah I caught that info the first day as well. It almost sounds like it is about half the bandwidth of their NV-Link connection that is supposed to be used on their flagship professional card. To me it sounds like the consumer cards probably won't need as much bandwidth so they will get a cut down version of NV-Link as a SLI bridge.

Which confirms my speculations from way back that consumer cards will still rock PCIe :)

Yeah, I`ve been saying that all the time as well.

NV-link would be a bad idea. Everyone would need a new mobo (which would only support NV-link cards, so you`re locked up with AMD i guess?).

Its funny I never really thought of the SLI bridge being a bottleneck in some places until they announced this!

That is until AMD releases something that improves 3xgpu crossfire that blows this away, then I promise Nvidia will create something for 2-3 gpu sli.

AMD is already on another level xD. the 290(X) and 390(X) and the fury cards crossfire without a bridge, straight through the motherboard :D

It is like buying a flip phone when everyone is using a holo lens xD... It is cool... But it is stupid

So. You take away bandwidth from PCI to use for crossfire. K. I dont mind having that extra bandwidth by using the SLI card

I wont pretend I know how that specific technology works but I am pretty sure they have implemented it in a way that doesnt impair performance... AMD cards used to have crossfire bridges. They wouldnt change that if it was for the worse.

Lucas is right, AMD stated when the bridgeless CF was released with the r9 200 gpus is that after a lot of tests, there is NO difference between Crossfire bridges and Crossfire through the motherboard in terms of bandwidth. 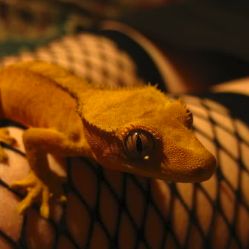 haha , really nice looking sli, and... correct me if I am wrong, you can't use normal SLI bridge you need to buy special bridge with gtx1080?

Money grab or just new technology, or maybe both?

its about time sli got better

its possible to get a SLI HB for me any time ?

Unless you have a 1080 at this point it's useless.

ohh i see.it is on Nvidia plan to get this and for gtx 9xx series ?

nah I dont think so. I am guessing the GPU has to be manufactured specifically for that bridge in order to work.

Right now it really does seem that Nvidia are trying hard to be the Jeremy Clarkson of the computing world; POWER!!!

They are trying to be AMD, basically.

And amd is trying to be nvidia, what a strange times. 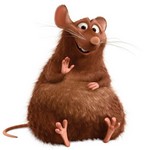 That's not entirely correct, nVidia always tend to have higher memory speed, more Render output units and much higher cache. AMD might have more memory, higher bandwidth and bus, but that does not equal to more raw power alone. Besides both AMD and nVidia are designet completely differently so you can't just compare some of the aspects and conclude that AND has more raw power.