We’re getting into release week territory for Homefront: The Revolution have dropped a story trailer to get patriots’ hearts pulsing, showcasing the rise of the Korean People’s Army and the invasion of the United States. We know already of course that a backdoor virus in Korean technology led the charge, allowing the KPA to slip over US borders with little fightback. It’s up to generic man soldier Ethan Brady to rise up with the resistance and fight back, with a promised campaign stretching for more than 30 hours in an open-world Philadelphia.

It’s a “dark and brutal story telling will leave you reeling,” apparently, which is the kind of hyperbole I can get behind. I seriously doubt it can compete with Sega Bass Fishing on that front though.

The will it or won’t it be a piping hot turd situation surrounding Homefront: The Revolution is fascinating to watch, a lot more fascinating than the game, truth be told. The first was an abomination, but it feels like there’s a chance Homefront 2 might be a genuinely good game, however small that chance may be. It’s got a very mid-2000’s PC vibe going on, including some token dodgy animation, but it’s not like there’s a great amount of single-player focused FPS games to choose from right now.

Homefront: The Revolution is out on May 20th for PC, PlayStation 4 and Xbox One.

Stuart Thomas You're a little wrong on the PC/Xbox One/PS4 it will be released on May 17 for North America and May 20th on those platforms for the rest of the world.

This game has an opportunity in the triple A FPS genre, just an opportunity, the original Homefront was decent, but its nothing special besides the ridiculous Korean Invasion thing, it was an interesting plot nonetheless but the execution was pretty poor, it just didn't contribute that much in the FPS genre for it to be special.

Well the game is presented in the open world genre first before the fps genre and the whole Korean invasion thing is a thing that might happen we don't know yet which is why games like this one and the original one does sort of make our eyes open up even more to what the world hold's.

as I said it was an interesting plot, but I didn't find anything else special about it, the AI was mediocre at best and I didn't enjoy it that much, the story was 3-4 hours long and I felt disappointed if you disagree with my opinion so be it, I won't stop you, this is just how I saw the game and how I felt about it.

If you're talking about the original Homefront that is not what i am talking about since The Revolution is told to be 30+ hours already for game play/story and also no one knows the end results of the game not even the people that tried it out on their consoles will know if the AI is mediocre or not.

Well lets see it is a different company making Homefront The Revolution because remember THQ got bankrupt and it is Deep Silver making this one so you can't really say "if they can avoid making the mistakes they've done with the original Homefront" since it is not the same people/team that did the original and was mentioned about a good 6-7 months ago.

Also like to mention on the Steam page the reason why it says "Publisher: Deep Silver" is because when THQ went bankrupt a lot of their games on steam went missing for Deep Silver was nice enough

to put it back on the store which i did enjoy playing the original especially the multiplayer which did last a long time.

One thing is for sure. At least one of the soundtrack songs might end up in my library.
btw I think there were frame drops during intensive scenes - many publishers fell in to the pit of having not perfect visuals showing in their trailer, what a shame.

I just don't know how to feel about this game yet. I semi-liked the first one, but it wasn't anything to write home about. The new one looks very interesting, but that set-up plot is just so ridiculous that it makes me cringe. Maybe this game has a bad first impression and will be better. I'll wait for reviews though

spoilers. Why put something like this.. great for the plot i guess,.. in the trailer?! 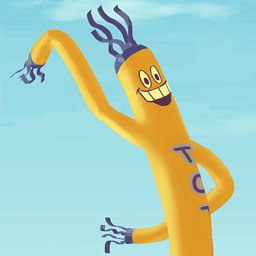 Guess you've never seen someone shooting through his finger huh .. ?