Nintendo has been crafting away on The Legend of Zelda since 2013, with the official announcement taking place in 2014 and a release touted for 2015. Ho, ho, ho. Then the game was delayed to 2016 and this year it was delayed again to 2017. Still with me? Good, because Nintendo clearly aren't.

Zelda is the only thing that Nintendo is bringing to E3, as the Japanese giant has confirmed it doesn't plan to show the NX console this year. This means that we’ll only be seeing the Wii U version of The Legend of Zelda, but hopefully it’ll give us a much better idea of how the game will play.

Instead we're likely to get Nintendo's news pumped directly to us through a Nintendo Direct. Nintendo Direct is an online presentation produced by Nintendo that brings news content and updates on all things Nintendo to the masses. It’s likely they’ll prepare a segment for E3 as they aren’t doing a press conference so this would be the best way to continue to build buzz for the next Zelda game without the promise of their new console to generate hype.

The game is slated to be the most ambitious since Ocarina of Time took the 3D plunge and ignited the gaming world. There’s a lot of talk about how the new Zelda will be the most open world yet, which has some fans scratching their heads and wondering how this differs from the previous games in the series. Supposedly, players will be able to traverse the world how they want, and dungeons/areas will no longer have defined entrances and exits. Whether this game will still feel like a Zelda is the concern on a lot of people’s minds, but then again I’m sure many people felt the same about bringing Zelda into the 3D era. 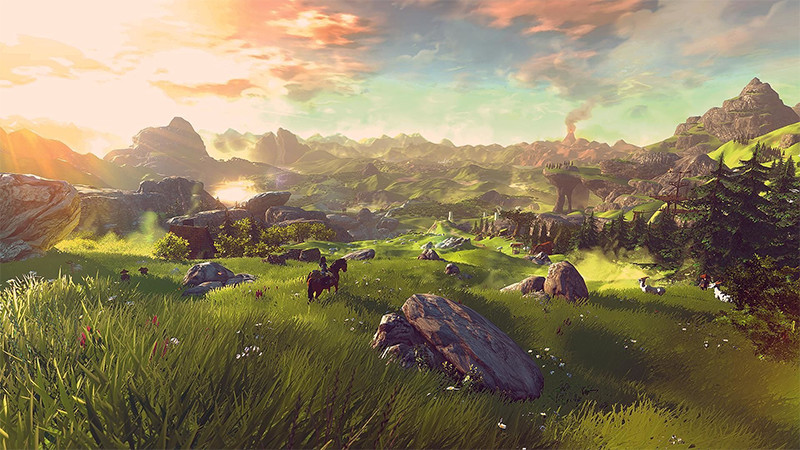 The graphics do look absolutely incredible, and it's great to finally see a Zelda game being developed in full high definition. As long as the game maintains that sense of personality that has always been a cornerstone of the Zelda games, with a touch of that charm that made me fall in love with the series then this could be a huge step forward for the series. Let’s just hope all these delays are to make the game as good as possible, and not just a ploy to increase NX sales numbers.

There should be little doubt that it is near completion...by Ubisoft's estimates. A Nintendo game is bug free by comparison. Perhaps they mean to increase the graphics on a possible NX version? If so, that would be pleasant in my mind.

Nintendo Email: "Join us [at E3 2016] starting at 9 a.m. PT on June 14 as we livestream the world’s first in-depth look at the upcoming Legend of Zelda game by the game experts of Nintendo Treehouse."

I'm excited to see what Nintendo does with the NX. I was one of the few who liked the Wii U and all of the 1st party games for its gen. I really hope Pikmin 4 is a launch title. I love that series and Pikmin 3 was so much fun.

I totally intend to get the NX and this along with it. I'll be glued to my chair that day.

I still think it'll probably be better titled "The Zelda Scrolls: Hyrule" Really hope they don't screw it up with the NX though, need 6 months in advance of a proper reveal and info otherwise the WiiU's just gonna be repeated.

honestly, I'm not hyped at all. It would be amazing if Nintendo announces that they will put their games on PC though.

Until they pull a sega and completely pull out of home hardware, never happening.

Well only game i have played is osciris of time...but i heard that's the only one that really matters

i honestly can't wait for the NX to come out, it's going to be a beast.