I’ve never played a Total War game before in my life. I mean, I watched Time Commanders when I was a kid if that counts, but other than that my strategy knowledge is beyond sub-par, except for the occasional Dawn of War or Civilisation - both games that play completely differently to the Total War formula. Total War Warhammer grabbed my attention where the others didn’t because it’s a union that just makes complete sense, and as a lover of the Warhammer universe I was sold.

I’ve barely scratched the surface of the game so these impressions are going to be from the standpoint of someone who doesn’t really understand what’s going - take it all with a grain or two of salt.

The first thing I noticed was how each unit had individual soldiers, rather than just being a single unit with a single HP bar. This definitely made me feel like I was actually controlling an army, as opposed to a gamified version of an army. Once I worked out how to reshape and reorganise the disposition of the soldiers in a unit in terms of depth and breadth, my mind started churning with tactical possibilities. I didn’t really get to realise any of these possibilities as I had no idea exactly what types of enemies did what. Games like these tend to have a rock paper scissors style of units, and I couldn’t tell which units to use for what. Maybe I’m just a terrible general but I’d need more time to understand how to use each unit.

Which brings me to the Lords and special units. I tried to use magic but for the life of me couldn’t work out if I was actually doing anything. The effects looked really cool but I wasn’t sure if I was supposed to be just constantly spamming spells but it felt good so I certainly did it.

Finding the pause button was definitely a revelation for me. Realising that I could actually plan my maneuvers and didn’t have to panic and spam click trying to get the units in the right places made the game make a lot more sense.

I was a little disappointed in the cinematic aspect of the whole game. The trailers and screenshots make the game look like it’s super detailed and you’ll see individual soldiers fighting but honestly in the melee and chaos I couldn’t see anything, even when I zoomed in as close as I could. I was too busy trying to work out how to stop everyone dying and getting outflanked to ever appreciate what moments were there to be appreciated. Maybe I’m just shit, but to achieve an experience like that shown in the 360 youtube video feels galaxies beyond me.

Keep an eye out for a full review in the coming days once we've had some more time to really get into the game - but don't worry, it won't be from me.

Welcome to Total War. It does take some time to figure out, but once you do you will be hooked for life. Take it from someone that has been playing Total War for almost 16 years now. ;)

@Jacques Waugh paper/scissors cut it pretty well and it's rather obvious too. Spearmen vs horses, (light)horses vs ranged, pin enemy down with light/cheap units and charge in the back/flanks with your heavy stuff/cavalry (hammer-anvil) and so on. Halberdiers etc vs large

Using shift you can place moveorders like you would in any RTS. Keep your lords alive and close to the battle (if not in). 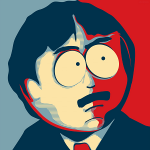 Thank you, I was wondering why I could never really see what was going on!

I miss base building/upgrading that was in Dark Crusade and Soulstorm, those were my favs, after that i lost interest in the franchise

Total War is completely diffrent game! I love 40k univers and dawn of war but those games were made by diffrent studio (Relic Entertainment) and were diffrent kind of RTS... diffrent mechanics all together.

Its still Warhammer! and i didnt say they were the same game, im entitled to my opinion of what i enjoyed/miss in Warhammer games, but least Dow3 is supposed to be bringing back base building

i didnt mean to hurt your feelings! ;)