Yesterday say the launch of Platinum Games’ latest hack ‘n’ slash game, Teenage Mutant Ninja Turtles: Mutants in Manhattan. There was a fair amount of hype surrounding the game, as Platinum Games have quite the pedigree when it comes to this genre but unfortunately TMNT has launched with some controversy - a 30 FPS lock on PC. 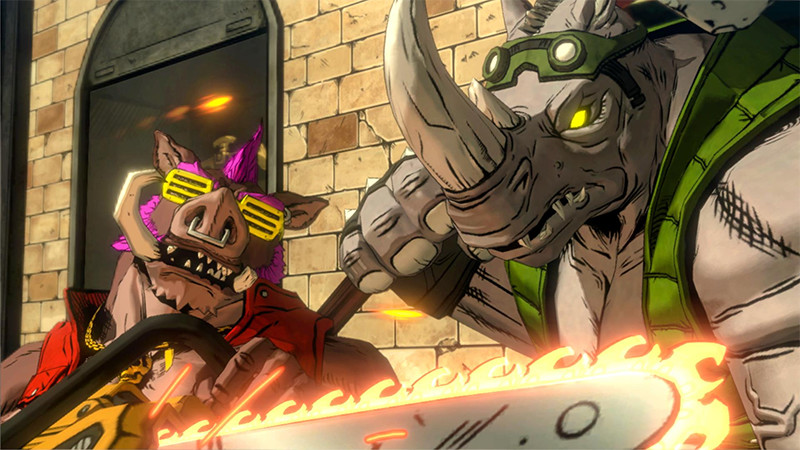 There are many people who aren’t bothered about the frame rate, and while I’d agree for many games it doesn’t necessarily matter too much, for an action based combat game it’s pretty criminal to not have 60 FPS achievable. It’s happened before with games like Dark Souls, for which a modder had to create a fix that allowed the game to run at 60 frames instead of being capped at 30. It looks like we’ll be needing another hero to come out of their shell as users on the Steam forums are yet to find a workaround.

What makes this controversy all the more delicious, is that Robert Conkey, the producer of Mutants In Manhattan, months ago was quoted saying “We actually really wanted to do local couch co-op, but the problem is if you do, then you have to split the screen, and suddenly your 60FPS situation gets a lot worse, and it also starts limiting, technically, the things you can do, so we had to go with online only.” So not only does the game not have couch co op, which many people were hoping for, but the reasoning isn’t even true as the game is locked to 30 frames per second. Hello?

The game is receiving mixed reviews on Steam, some people claiming the game is too easy and boring, while others are praising the game for the simplistic, nostalgic fun. Are any of you guys playing it or planning to? Drop us a comment with your thoughts on the FPS lock and the game in general. In the meantime here’s the launch trailer to get your eyeballs around:

i dont get it, why is this locked to only 30fps? it is not a demanding game regarding the visuals so a bigger framerate wont be a problem in my opinion.

I try 15minutes yesterday, the game was boring. also at 30fps for a action game it anoying for my brain, i feel unconfortable.
I'll try again tonight.

What's more bs is that the devs did an interview with Kinda Funny Games 2 months ago and said that the game ran at 60fps on PS4, which is why there's no split screen. But now its 30fps for everyone. So they straight up lied about this game. I thought Platinum was better than that.

These companies really hate the pc market. First they did everything possible to avoid releasing games on pc, and now they forcing pc games to underperform

I smell console bribery... Literally ZERO reasons to lock the PC version to 30fps.
First DOOM gets marketed heavily on PS4 with literally no PC gameplay up until 3-4 days prior to release day. Now this. Awesome.
Imagine COD or Battlefield getting locked down to 30fps :D

If that ever happened, I would just completely skip purchase

I already skipped all the COD/BF purchases :D

Why do developers keep thinking 30FPS cap is even remotely acceptable? -.-

I've been wanting to play a good TMNT game for along time. When I heard platinum was making one I was overjoyed because I loved MGR and Transformers. Reading the reviews my heart shattered. No local co-op (I want to so bad), locked at 30FPS, 4hr campaign, lack cluster boss fights and simplistic combat. I'm going to find a nice corner to quietly weep.

And considering Platinum's resume, this is probably their worst game ever.

im actually most pissed at the lack of 2 player, would have played it with my mates even if it was a bit crap just cause its the turtles and we all watched the cartoons as kids :) this is just a pointless release to me now tho :(

30fps cap = terrible game. nuff said. if witcher 3 had been capped to 30fps i wouldn't have bothered but fortunately cd projekt red are better than these amateur devs.

exactly!! and to say they basically didn't have enough power to do 2 player so went online instead ?? what the actual hell O.o if they cant get this garbage to run in 2 player how in the hell are they ever gonna get 90fps in vr O.o AMATEURS!!

Platinum amateurs? They brought us some incredible games. But i do agree with what you said about this game, I don't know what they were thinking nor what they were trying to do.

yet another pc game that's left in the sewer thanks to a retarded decision YAAY!! :D

we spend more on your hardware to get the best experience, hell most of us even build our own and we get treated like mugs more often than not, the amount of broken games and stupid decisions and even cut content (the list goes on) makes me long for the day when we get nothing but pc exclusives and the consoles can go suck it

Personally I do not want consoles to go away. It would mean no competition to PC as a gaming platform. Ever considered that?

Plus I plan to go back to my roots as a console gamer. I grew up playing Nintendo games and when the NX is finally revealed I might decide to get that instead. :D

i don't want them to go totally away just a little further away lol, to me its like you couldn't run a ps4 game on a ps2 so if i have an i7 4790k and a gtx 1080 why am i playing the same games as a console that's lucky if it has even half that power O.o and the salt in the wound my game isn't even all it can be because of that lack of power in the console