It looks as if EA’s getting out there early and releasing a few trailers prior to its live conference in an hour or so. The first of these is Titanfall 2, with a pretty swanky new trailer for its single player campaign. The original Titanfall was widely criticised for its lightweight nature and lack of a campaign, so Respawn looks to be going all out for Titanfall 2’s multiplatform debut.

The relationship between pilots and their titans, man and machine, looks to a key theme for Titanfall 2. We can see numerous times in the trailer one saving the life. Titanfall 2’s campaign centres around a Militia riflemen who is dropped in behind enemy lines. Stranded and with no backup to speak of, the Pilot and his Titan must fend off a huge IMC force against all odds.

That bit at roughly 1:40 where you titan drop in onto that huge battlefield. Yes please. Visually it very much looks on par with the original, so with an luck the system requirements are going to remain much the same on PC. As a recap that recommended a GeForce GTX 560 or Radeon HD 6870 so it was't too demanding at all. Expect the usual incremental leap, possibly up to GTX 760 / Radeon R9 270X.

Titanfall 2 will be available on October 28 for the PlayStation 4, Xbox One, and PC. Incredibly that is just a single week after EA’s other big hitting FPS holiday title - Battlefield 1.

What do you make of the campaign trailer? Does a decent single-player component bump this up into must buy territory for you? Let us know!

EA finally made A game I'm interested in, there's hope for them yet! Just make the campaign not suck like Order 1886 and everything will be okay;)

I know right, my first thought on EA making a good game was "WTF kind of Bizzaro world did I wake up in!?" lol.

I liked the first one, still play it from time to time, and as I was looking at the trailers.. I was amazed. Even if they add dlc's, I think the base game will be fun enough.

This has actually got me interseted.

Please don't be disappointing due to being over hyped.

Don't think it's gonna be overhyped with all the negativity surrounding the first Titanfall. 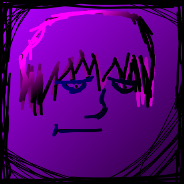