Prey 2 got re-revealed! Only now, umm, it’s just called Prey, exactly like Prey was called back in 2006. That noise right there is the sound of a thousand databases sighing at the prospect of an identically named game. Anyway, original developer Human Head Studios was stripped of its duties, and a new Arkane studio based in Texas has taken up the reins. Prey is almost unrecognisable from the game we saw at E3 four years ago, scrapping the open-world alien city in favour of a space station employee who becomes the subject of experiments in human evolution.

Only things don’t quite go to plan. In the midst of all this crazy experimenting, Morgan Yu’s eye is going steadily more bloodshot as he repeats each day, groundhog day-style, before the ship he’s on is boarded by terrifying ethereal aliens. Yu must use an array of weaponry and mind-bending abilities to survive on Talos.

Prey is tentatively scheduled for 2017, when it’ll arrive for PC, PS4 and Xbox One. Expect to see plenty more at QuakeCon later this year.

im kinda glad that the previous PREY2 got canceled, this one has more PREY1 vibe

Looks sick! Never played the original but I might now.

the original is so underrated

The original was fantastic. I have no idea why it is not generally available (Steam, GoG, etc.)

I looks freaking good, but what about portals and gravity bending wall walking? I loved the original game. I hope this is just a tease and that those aforementioned elements are in the new game.

Just give me ing Wolfenstein! Don't try to ing play with me, Bethesda!

This certainly is disappointing but hopefully it's still a good reboot

So they took "Assassin's Creed Aliens" or "Red Space Redemption", and made it into another Dead Space?
I would buy the game as it was to be, now I won't, simple as that.

I don't know how I feel about this, the trailer looks REALLY awesome but then again I don't think it is the Prey I wanted
Rly idk 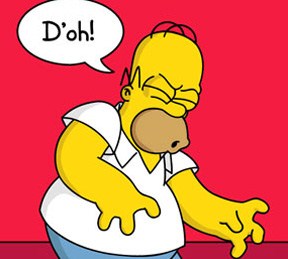 So which developer is going to bring us the Alien Bounty Hunter game then?

okay still looks alright however the other version had such promise :(