There were mountains of games revealed at E3, covering practically every conceivable genre (rhythm games RIP), but what about the games that didn’t make it? The ideas left on the drawing board or the games which were perhaps a bit too adventurous for their own good. So forget everything that was announced at E3, we want you to share what you wish had been announced.

They can be literally anything. Your dream game basically, whether that’s a sequel to a beloved franchise, something totally new, or a mishmash of games and ideas.

We’ve compiled a few of the games we’d have loved to see to get things going, but we can’t wait to see yours. Who knows, just maybe they could be at next year’s E3…

Well that’s all, all equally unlikely as the next, but what’s the harm in dreaming? Now it’s over to you, which are the games which you really would have liked to have seen announced at E3? Let us know!

I'm still hoping for a world in Conflict 2.....man the Chinese were about to get involved.

Black and White 3, Dungeon Keeper 3 and Warcraft IV are the ones i would be interested in.

There won't be any total war game of thrones. They still have got 2 more Warhammer titles to release after the current WH title. Considering that they do not want their fantasy spin-off to take the overhand over their history line - they cannot release both WH and GoT. So GoT would at least come after the 3 WH titles.
It won't be tomorrow, nor next year (or year thereafter).

Yeah, I was too waiting for AOE IV, Now I'm thinking that Microsoft did the same with AOE as they did with Fable. Closed production, closed studio and fired all the employees after showcasing the capabilities.

How about a +18 WOW current WOW's graphic are so horrible even for +13 game this game deserves to be more scary with a lot of blood.
And they shouldn't make a Warcraft IV they should make a open world Warcraft like Elder scrolls.

There are two reasons why WoW looks the way it does. The first is that its a 10 year old game, and if they wanted to make it look better, they would have to create a new game engine, which would require them to basically make WoW 2. The second is to let as many people play as possible. The game focuses more on fun than graphics, that way any rig can play it.

are you kidding me? we want an rts not another mmo. wow is gonna continue on but with a starcraft 3 not happening any time soon there's room for another rts which should be warcraft 4 not another goddamn mmo.

Warcraft 3 will never ever be announced on E3. What do they have Blizzcon for? The people who buy their virtual tickets and put up with their stupid concerts must know they're in for a treat. As for AOE, I'm fine with it staying as it is. AOE3 sucked and I don't want my memories of AOE2 to be tarnished by a horrible game. Add Shadow of Mordor 2 to the list though.

as for Half Life 3 and Portal 3, you know GabeN can't count to 3 right?

I would love to see a Paradox game set in the ancient world from Alexander to the fall of the Roman Empire, that would be great and the next logical step for them otherwise the next game will just be another in a series of Crusader Kings or Victoria...

Would absolutely love to see the next rayman.
Can't forgive myself cos I completely forgot that. 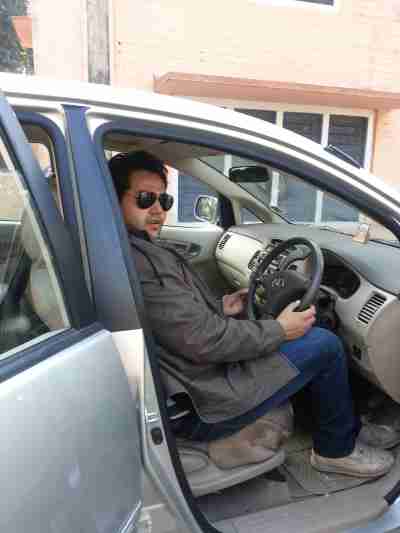 Next gen prince of persia

Rename "Prey" to "Pink eye in Space: We have no idea what we are doing."

Guys this is not a topic for debate, it should be like an opinion or a common vote.

A debate is a discussion about conflicting opinions. I do try to get as many polls in UFD as possible as well, but considering how freeform in nature, I couldn't just list every possible game that could have been announced and put it to the vote.

Warhammer Space Marines 2, I would love to see Titus's story till the end. Rest in peace THQ... The pc remembers.