It might not have made the big splash Stellaris did, but Hearts of Iron IV is by all accounts an absolute monster of a strategy game. The sort of game which has you puffing far cigars until the wee hours, rewriting history with your maniacal plans. Now it’s in gamers’ hands, Paradox has been busy working on the first major patch - tweaking the AI, fixing several memory leaks, and generally making this arch-strategy game all the better.

If you fancy casting your eye over the full patch notes then be sure to head over to the Paradox Plaza forums. In true Paradox fashion they’re as long and in-depth as you could hope for.

Should you have yet to give this game a whirl, check out Stu’s effusive review before you do. Hint: He really, really liked it.

Who’s enjoying their time with Hearts of Iron IV? Has it made the necessary improvements over HoI 3? Let us know!

“Unless someone gives the game away at some point, this is one game I most likely won't ever play. N...” - NeoPGX

The patch made some good changes but something still needs to be done about AI prioritization of theatres (Ethiopia for some reason invaluable to Germany while Yugoslavia take Berlin) and also the number of divisions each nation create, yes historically Germany and Soviet Union had 400+ divisions but Republican Spain with 130 and Columbia with 70? Both of these issues need to be sorted by Paradox but in the meantime HoI 4 is a great game that just has some teething problems 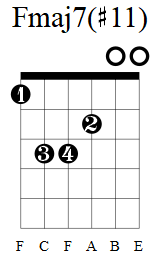 I want to manually trade away rescources.

much needed patch I would say. The game is great, but when I get big and a world war starts the game becomes uber slow and I just do NOT have the patience to wait 30 secs per in-game 1 hour on full speed...