Up For Debate - Favourite Ever Boss Fights

Ever since the days of pumping coins into arcade machines, boss fights have been the ultimate challenge in gaming. Defeating these opponents was seen as the ultimate achievement, a trophy to brag of in front of friends. They’re some of the most memorable moments in gaming. The fitting finale to some glorious games.

Some, more than others, have become truly iconic. The likes of Bowser, Revolver Ocelot, and Ganondorf have arguably become as notorious as the heroes which defeated them. There’s also more recent examples of course, including the likes of the Souls series. Ornstein & Smough stand out, as do Bloodborne’s legions of horrific beasts.

What makes a fantastic boss fight is tricky to pinpoint. Some, like Bowser, have rarely been difficult. His character design goes a long way to making him memorable, but it has to be said the fights with him vary hugely in quality. Others benefit from sheer sense of scale. Anything from God of War or Shadow of the Colossus springs to mind. Lastly there’s the teeth-grindingly difficult fights to the death. The boss fights that take dozens and dozens of attempts to master, before finally overcoming them in an epic showdown.

So what are your favourite boss fights of all time? Do you prefer them to be an insanely difficult challenge, or is it more about the spectacle on offer? Let us know!

Oh boy,where do I start? :D
I recently finished Binary domain and every boss fight there(and there are as many as in Dark Souls) was absolutely amazing.In DS my favorute is Artorias.And I still remember The chamber of the shepard boss from Knights of the temple 2(the story that got me intersted in good stories in games).And so many Serious Sam bosses,my favorite being Mordekai from TSE.

Thats the boss that i had in mind first lol.

The last boss of Gears of wars 3 in insane difficulty.

Emlerith, The Witcher 3. I don't know how many tries that took. I can't count that high!!
Eredin was a piece of cake by comparison. Beat him on the first try with no trouble.

Probably hardest were the final boss from Dying Light and from Shadow of Mordor.

The boss in Dying Light? Rais? He was a quicktime event. The journey to him was extremely difficult at times, but Rais himself?

Same with Shadow of Mordor.

KOTOR's Darth Malak without Anti-electricity belt that rendered his shocks useless,as for the hardest one the Kraken in the witcher 2 would easily take that spot.

Oh man first time I fought malak in the star forge I didn't have any powers to destroy the jedi which regained his life. So I had to beat him 8 times by lobbing grenades and fighting for 2 seconds and fleeing away. (because I didn't make my character well) but second time was easier though.

Why? That was a pretty regular boss battle.

Judging by the difficulty, and Mr. Freeze jamming your gear, I would say yes. But definitely not the hardest. There was no definitive hardest boss battle in B:AC.

Lord Saddler in Seperate Ways DLC in RE4

That would be KH:Birth by Sleep's final boss.

Im going to go fullblast Special Snowflake Syndrome and say War from Apocalypse ps1. Wouldn't be too surprised if anyone knew the game here very underrated old gem despite Bruce Willis starring in it.

from what i have played, The End from MGS3 hands down. unique experience for the time for me.

Honestly I think Jin Kazama in Tekken 6 is my favorite. Sure he was a subboss but I really like it. Most fights up till that point involved a lot of show-off moves and fast paced action. Jin Kazama appears and it slows WAY down, because it's one of those tense matches, where one mistake will decide the outcome. I Just love the intensity and the methodical, calculative gameplay. After winning, you're treated to Azazel who friggin cheats. 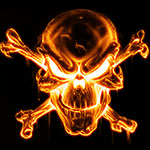 Man i remember the days of arcade we used to insert coins inside the machine and after finishing the round we.. "rebate" them , machines were kinda beat up but we were just kids haha i used to play a lot of Metal Slug games :)

Is it just me or does Game debate new page about the product decription of their hardware such as videocards and CPU look super ugly and terrible. They even did a poor job with the css.