We might be some ways off Sniper: Ghost Warrior 3's January 2017 release date, but already we've zeroed in on the system requirements. Due to its not-quite-AAA status, I'd hazard a guess it means Sniper Ghost Warrior 3 is pretty much finished but being held back to avoid the holiday rush. Nevertheless, we'll be training our sights on January 27th, when Sniper Ghost Warrior 3 will drop players into Georgia as a US sniper, tasked with handling the Russia / Georgia conflict. In the meantime feast your eyes on the official minimum requirements for Sniper 3: Ghost Warrior.

They seem to be getting rarer and rarer these days with the surplus of Unreal Engine and Unity games, but Sniper Ghost Warrior 3 is being build on CryTek's powerful CryEngine. We know from Crysis 3 that this engine is still a force to be reckoned with, and there's an argument to be made that it's still the most demanding game out there (when you try and max it out). Now we don't expect Sniper Ghost Warrior 3 to turn gaming PCs into smoldering scrap heaps, but you can see from the minimum specs that we have quite a demanding game on our hands here.

The big immediate takeaway is that CI Games reckon the ever-popular GeForce GTX 750 Ti won't cut it here. Instead the absolute minimum graphics for Ghost Warrior 3 is a GTX 760 or Radeon HD 7870. That could spec quite a number of PC gamers out of playing Sniper Ghost Warrior 3 at all, but we'd hazard a guess you will in fact be able to get away with lesser hardware.

As for the rest; Sniper 3's processor demands are very reasonable. Any dual-core processor with HyperThreading support will do. 8GB RAM minimum is pretty standard these days, as is the 50GB installation size. Hopefully you've got some fat internet pipes to help you out, as you're looking at a 30-40GB download for Sniper: Ghost Warrior 3.

I have always been drawn to sniper games! Haven't really been playing many FPS games recently.Maybe this will change that. I played a sniper game that you could mark and it made it too easy to get headshots. Hopefully this game will be a little better than that.

who cares, this will be another damned shooter with freaking hilarious AI, XD.

8gb ram minimum isn't really standard these days.. i would be surprised if it wouldn't run on 6 gb ..

Maybe it's time for me to upgrade..

I do see 8GB Ram in a lot of prebuilts and laptops these days.i would consider it the norm.

norm to have, maybe. But not the norm as a minimum requirement... 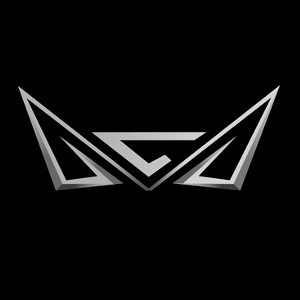 Same I am quite sure I will be able to run this fine with my 6gb ram and the same goes for no mans sky. I even played star citizen and dark souls 3 without a problem. Never ran out of ram in games so far.

Seriously? In which games? Only game I have played yet that really utilizes all of my 8GBs is Forza 6.

I played fallout 4 on max settings and it only used around 4,0-4,5 gb only. Not sure how much i used in space enginners thou but it was playable for me on medium settings while being on a planet (which is alot more demanding than being in space).

I have a friend who plays with 4gb ram but has an ssd installed. So far he has no problems but 16gb should be the target for any build.

yeah you can i am pretty sure!

You are trolling right?

i have the first 2 parts on steam should i try them ?

I played the first one and i didn't really like it.
runs fine but the game is just kind of basic and feels about 5 years older than it is.

According to reviews, they are quite bad. But sure, since you own them, why not give them a try at least :)

I played the second one, and i liked it, better than even Sniper Elite III.