It was a classic eye-rolling moment when Mortal Kombat XL was announced as exclusive to consoles. I mean, I guess we should’ve known after the shambles that was the Mortal Kombat X PC port, coupled with Warner Bros treatment of Batman: Arkham Knight around the same time. The immediate impression was one of WB thinking ‘it’s just easier not to deal with PC’. Well don’t give up hope just yet, because Mortal Kombat creator Ed Boon has dropped a pretty big hint that MKXL many end up on PC after all…

Mortal Kombat XL came out in March this year for PS4 and Xbox One, featuring all released DLC characters and updates for the ultraviolent brawler. At the time the decision was made to skip a PC release entirely. According to a tweet from Boon though, it looks as if it's finally on the way. 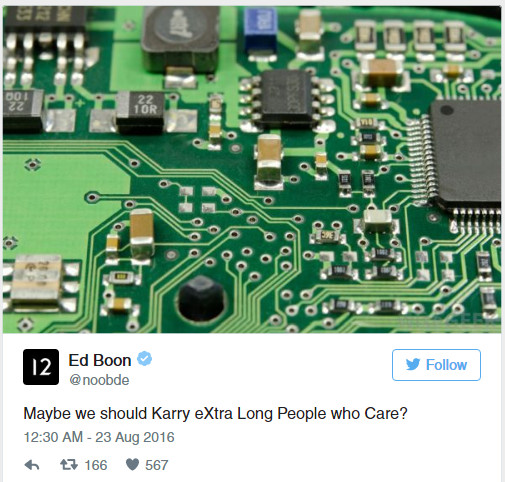 Can you see it yet? All the caps spell out “MKXLPC”. Some might say take a grain of a salt with that, but it’s difficult to explain why else Boon would tweet out that nonsense sentence.

As for when Mortal Kombat XL could come to PC, it’s difficult to say. Boon might have just been given the go-ahead from publisher Warner Bros, meaning it’s still some ways off, or it could just be right around the corner.

Are you eager to see Mortal Kombat on PC finally given parity with the console versions? Let us know!

I still find it kinda insulting that they didn't put it on PC when it launched, or even finish fixing the original port. Then they had the nerve to act like it was our fault the game was received so poorly on PC. They're the ones who gave us the crap port, and then they want us to just be ok with that? I won't be buying the XL version.

F*** WB and their BS, I will never support these bastards again, not after that childish "I'm taking my toys and going home" temper tantrum they had before!

Just waiting for my Tekken. :-|

MKXL , GET OVER HERE !
I need this game.

I'd much rather want them to bring Injustice 2 to PC.I don't care about a few extra characters and some stupid skins.

it'll be an injustice not to bring injustice 2 to PC.

don't get so hastey, lets see if they actually release it and if it is a decent Port!