What Are You Playing This Weekend - August 2016 Edition

And so we come to the last proper bank holiday of the year over here in England. It’s usually almost unbearably hot so you’ve got one of two choices - head outside and join the millions of other crazy fools desperately trying to have a fun time during a combination of severe overcrowding, heat, and alcohol abuse, or batten the hatches and get stuck into three glorious days of game time. I know where my priorities lie.

Jon: More Deus Ex: Mankind Divided of course. Where else would I want to be than treading around this dense cyberpunk world. I think I'm getting near the end of the campaign, so my attention will probably turn to the slightly neglected Breach mode. The Deus Ex series isn’t exactly famed for its action, so I’m interested to see just how this holds up. What I’ve seen so far looks like an interesting diversion from the main game, but those microtransactions could be an issue.

Aside from I’m going to do a little more of Pokemon Omega Ruby. After getting bored of Pokemon GO and frustrated by the crappy combat, I craved the real thing. Good job Nintendo, I guess you won again.

Squee: Well, there’s a new level of Hitman available right now, so I’ll be jumping out of laundry hampers brandishing a kitchen knife. And, if there’s any time left over, I’ll play videogames! (Ba-doom ching!) Bangkok is a humid, tense hotel level seething with intrigue, and aside from some slightly dodgy stitched-together incidental dialogue, I’m enjoying it intensely. It has a little Spinal Tap about it, combined with a GTA-style eye for mockery of humanity. Two episodes to go after this, and I have to say I’ll miss it once it’s done.

Felix: I will be looking to grab some more time on the Total Warhammer DLC, Beastmen Cometh, or whatever it's called. Basically it adds another playable race into the dwarf, orc, men, chaos mix, but this time with a lot more hooves. The Beastmen faction are played using the horde-style game mechanic. They can fast travel through terrain and strike settlements from any race with the sole intent of destroying them, taking whatever resource they can, to help fuel their continued attacks across the civilised world.

They do not live in cities but make camp occasionally to train and rebuild their forces.

They have some great monstrous creatures, like minotaurs, centaurs and even horned giants. So more of that for me. Perhaps another look at Deus Ex Mankind Divided, if time allows.

Now then it's over to you. What gaming are you going to be tackling this weekend? Clearing out that backlog or planning on playing Deus Ex: Mankind Divided? Let us know! 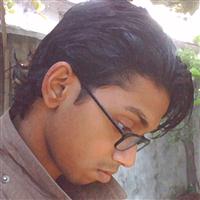 Rise of the Tomb Raider and Battlefield 4 (3rd time) :D

Attack on Titan Wings of Freedom :D and FFX

Rise of the tomb raider , mafia 2 some multiplayer in black ops 1 & black ops 3.

I've finally started Deus Ex Mankind Divided. Seems to run alright for me, with some tweaks. I'm in Prague, but I don't know if I've got to the more densely populated/tougher to render parts yet.

Yeah it's mostly okay so far, 60 FPS most of the time except sometimes during the non-interactive cutscenes or conversations (real-time renders) and then it dips closer to 50 FPS. I'm still messing around with some of the settings though. Right now I have textures on 'very high,' but I want to try ultra just for fun. I have the system RAM to cover the lack of VRAM, but I'm sure I'll still get micro-stutter in Prague proper. I'd still like to know what all 'level of detail' does (besides draw distance), so I'm maxing that next time I play.

I'm replaying all the Carnivores Games I have

Deus Ex Mankind Divided all day long!
I love going in every single vent I come across.

I'm out whoring in Novigrad this evening, but I'll head out to Toussaint soon because the vampires won't slay themselves.

Witcher 3 and Just Cause 3

Overwatch and I have borrowed uncharted 4 from a mate so they're my picks this weekend..although i've got an urge to download l4d2 again!

Inside, Obduction and Valley

Playing: Of Kings And Men
Can't stop playing it's a great game.

playing The Witcher 3 . Finishes main story of velan. So doing some hard witcher contrats. SO INTENSE.

Oh Bye the way playing Dirty Bomb too. So addicted. Crafting week is on !!!!!

u can play the witcher on that pc wtf??

Over here in the wet and soggy Island of Ireland, our banks beat you to it and had their holidays at the first Monday of the month....But I am getting through some older games before I upgrade, so it's the wild and wacky Saints Row 4 for me, and after that a few Resident evil, then Bioshock Infinate, and finally DMC Devil May Cry....Keeping Ryse: Son of rome for the new card, whenever it comes..