Now here’s a thing I’ve dreamed of for a while, and about as good as it gets, what with the slow death of Project Ascension. The first publicly available branch of GameRoom has been released, a freely available launcher which combines your entire PC game library into a single client.

If you’re anything like me then you often forget what games you’ve got lurking in GOG, Origin or Uplay, or in the case of Battle.net I forget the client even exists. GameRoom hopes to sidestep all this by plugging into practically all clients, tracking what games you’ve got, how long you’ve played them and you can also launch a game using it.

From the looks of things GameRoom might still be a little rough around the edges in this version, but the basis is there for something decent. Where it excels over just adding non-Steam games to your Steam library is it doesn’t matter whether the game is installed or not, GameRoom keeps track of them all and automatically imports them.

The big downside is that it does require Java to run at this stage. I thought I’d seen the back of that and its pesky updates.

I’ve gave it a brief whirl and it’s a bit fiddly at this stage, but the groundwork is certainly there for a simple client to oversee all your games. It's available to download from the GameRoom site now. 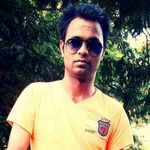 The GUI is ugly, will not use.

wut if it's customizable?

I have tried it and its good, tho adding many games manually is tiresome, its worth the effort for me. I'd recommend it to anyone who want a simple, easy-to-use, and who has trouble switching between origin, steam and others :)

Personally finding it a bit annoying that you have to almost manually add every game you own to the list, though it does help me along. But I will see if I can use this as a substitute instead of switching between Steam, Battle.net, Origin, UPlay, GoG and many more all the time! :D

I'll definitely give this one a go when I get home, thanks for finding this Neil ^_^

Nice. I will try this later.

Razer Cortex has been around for years. Does the job for me.

nope. not much use for me even though I've got games sitting in origin, uplay and battle.net. it's not really that hard to manage them all if you ask me. in the case of battle.net, I only have 3 games there.

can anyone explain me what's the use for that? it's easier to just sort the games in start menu.....oh wait windows 10 doesn't have start menu capable of doing that :P

As it stands, it allows you to scroll further and be happier about your digital library/played hours and possibly, achievements. Maybe it is also good, because you don't have to validate multiple accounts every now and again, in order to play your games. It is definitely a good concept, maybe they can add more stuff.

"you don't have to validate multiple accounts every now and again" oh I forgot there's all that annoying DRM shizz with most newer games (exceptions like GOG though),
I still can't help myself that good concept was when I pressed Win button, clicked "Games" and clicked the designed game launcher....

dang Windows agents are after me again haha

Not a fan of the tiles start menu? You can't keep running from newer versions of Windows forever lol.

Or perhaps you could read the line in the article that says "it doesn’t matter whether the game is installed or not"
For games to show up in start-menu, they have to be installed... Much hate?

Being an Alpha I think I'll wait, besides I really don't like Java and want it to die and be replaced already. Java Minecraft left a really bad taste in my mouth.

You hate a programming language because of minecraft?
And I was thinking that people hate it because it is not declarative :)

I never said I hate it specifically as hate is a strong word, but I feel like Java is a thing of the past and is in need of a successor. HTML 5 looks like it could be just that. It's already replacing flash and HTML 5 games are a thing.

Sorry to say that but that is just dumb.
Java has a lot of advantages other languages simply don't have.
I mean, there a reason why it's the most popular programming language worldwide, being 80% more popular than the 2nd most popular one [C]!
http://www.tiobe.com/tiobe-index/

A bit of misunderstanding, let me explain. HTML 5 is a markup language, while Java is an imperative, multi-paradigm language. In short, markup languages only present the web page/information without executing the business logic behind it. Markup languages can present vector graphics, web services and user interfaces but can't substitute languages like Java.
And another thing. Java will not die anytime soon, because with Java 8 you have the ability to program functionally (not to be taken literally) and Java 9 will arrive after 188 days from today.

It is also worth mentioning that JetBrains have released a language, heavily based on Java - Kotlin, because they understand how useful and relatively easy Java is for different types of jobs.

I'm still not convinced of Java's usefulness. I have never needed Java for anything aside from Minecraft and a few very small applications such as a character generator and duplicate image finder. Otherwise I'd get rid of minecraft if I could.

That being said, if I can avoid using Java then I will go out of my way to do so.

I stand by what I said.

Do you have an android phone? If you I can guarantee you you're using Java every day since 99% of applications for android are coded in Java.

No I do not. I just have a regular cellphone with basic call and text features. I don't need a smartphone.

One last try then :)
Games are often coded on C (and variations of C) and rarely on Java or other languages, which is probably the reason why you haven't seen anything useful on Java.

However i am currently working in a company that creates the entire border patrol/custom houses software (in Java) for a particular country. In short, a whole country is depending on us for an easy and secure control over the imported/exported goods, as well as for registering every person that passes said border.

Also, you are probably using Java created software everyday, but don't know about it.
As said above - Java is used for creating different business application.

OK then fair enough but as it stands right at this very moment I don't see any use for it personally except just to get certain apps running. I probably wont use it myself , at least not any time soon.

And this, ladies and gentleman, is how you debate on GD! Long gone are the days of flaming and angry arguing about X vs Y. Excellent job, you have my thumbs! :)

Eh, I don't mind the Java updates. If that's the only downside, then I'm game.