Up For Debate - Are There Too Many Games On Steam?

It doesn’t take a mathematician to work out the number of games arriving on Steam has skyrocketed. This is fantastic for PC gaming. It’s never been in ruder health. The best, the worst, the most diverse gaming experiences; they’re all to be found on PC. But is it all too much? Could we perhaps even be headed for another video game market crash, such as was notoriously seen in 1983?

So let’s put this into perspective. Steam launched back in 2003 with just a Counter Strike Source beta to tempt punters in. After a slow start and a hostile reception, it eventually became a sought after way for developers to publish their games. By 2006, 63 games were launched in the span of a year. That’s just over one a week. If you spotted a new game on Steam, it was quite a big deal basically. By today's standards however, this seems positively quaint.

Fast forward to 2009 and it had accelerated. There were 333 games added that year. Pretty close to one a day now. It hung around this marker for the next three years. Over this time the old generation of consoles began to really show their age. Digital distribution had taken off in a big way. Console gamers were jumping ship to high end PCs. It was boom time for PC gaming.

Naturally enough, indie developers jumped on the bandwagon in spades. Back in 2012 there were ‘just’ 392 games released on Steam. Two years later, this number went stratospheric. 2014 saw a staggering 1,812 games released. By the end of 2015 there were roughly 6,000 games on Steam. We’re now nine months into the year and we’ve already passed the 10,000 mark. That’s over 4,000 new games in the space of nine months; around 15 a day. Every four days in 2016, there are as many PC games released on Steam as there was during an entire year in 2006.

You’d assumed that would automatically be a good thing, but it’s meant it’s become extremely difficult for games to be noticed. There’s some truly brilliant games that have been instantly buried by 30 other games launching on the same day, never to be seen again. I click through my Steam recommendations and all I see is mountains of trash, while the true gems are buried deeper and deeper. A combination of the popularity of PC gaming, the ease of development and the lowering of the barriers to entry by Valve has meant a huge increase in the number of games while the level of quality plummets.

It hasn’t taken long to notice the same 10-20 games occupy the bestseller list. They’ve made it. They’ve been exposed, and it’s becoming incredibly tough for smaller developers to break in; to be discoverable. It does happen, of course, with breakaway hits like Stardew Valley and Undertale, but they’re few and far between.

So what do you think, should Valve have more control over what games make it to Steam? Is there even such a thing as too many games, or do the best always rise to the top eventually? Let us know your thoughts!

Are there too many games launching on Steam? 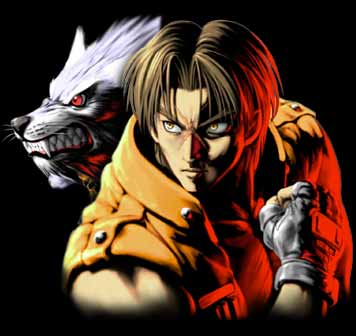 There's no such thing as 'too many games'

As far as we are getting our favorite game, it doesn't matter how many games are there.

Every game thats EA (Early Access) Should have stricter guide lines than full release titles as of right now all EA is one big excuse for games to get more expensive as they get older, it is mostly "devs" who make 10% of a game and get paid

Now why would anyone think that? Before you buy the game check it's gameplay on YouTube and that's it.. unless you live under a rock :)

At the end of the day, there isn't a straight 'yes/no answer to this really. 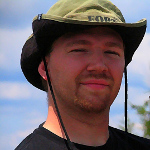 I've found recently that it's been difficult to search for a decent game on Steam. But on the other hand, they realize this and are revising their display and search logic. So I think it's not going to be all that bad. Besides that, The major titles pop up easily, the independent ones are less visible but I'm not quite so concerned about them

The more games the better. YouTube has plenty of game play videos to weed out the bad ones out before a purchase.

No such thing as too many games! Maybe put a limit on early access games though. Have a more rigorous process to be approved for early access or something. Too many disappointments in that department.

That's because EVERYONE makes games now. I think it's too hard to spot good games nowdays when there are so many of them

I don't care, majority of them are not even worth clicking onto :P

Unless you know what you're looking for, finding a good game on steam is like finding a snickers in sewer sludge. 2 things need to be improved/added upon: Quality control, and search engine/filters.

its like asking are there too many channels on youtube.
but it doesn't matter. people will only watch or play what they are interested in regardless of the heap of sht under which it is buried.
and when steam starts publishing only the games which they like, in my opinion it would be tantamount to censorship.
there still are people who may like a game which is considered sht by many.
the choice is what makes steam great

What is this silly question?
Are there too many trees in the forest?

If there are too many trees, dont worie Americans will cut em down :D (no offense i was just kidding :) ).

Careful the SJW's may be watching.

Hey... hey... I am an American and I have helped plant millions of trees.

Don't care. More is better for any platform. The problem is the QUALITY of games, not the amount of them. I could totally do without 90% of the indie games there. Nothing against the indies - the PC is the main platform for them to flourish, but why can't they focus more on the quality of their games...
Anywho, we still end up buying just a few here and there anyway :)

I think there is a strong correlation between quality and amount. The more games they make, the less amount they spend in them developing them. Pre orders are strongly to blame too. Imo 2016 worse gaming year.

In a sense it's true. But even most indies don't spam games out. But somehow still produce crap. I'd even go as far as to say that the AAA quality has dropped.
I blame the publishers, not the devs. The devs would love a polished game, but the publishers bush them so they can fill their pockets quicker. Same with the movie industry...
As far as pre-orders go (and I have so much hate for the useless prefix pre in this case) - I'm guilty too. Though I only grab games that I KNOW will be good (at least for me), like Wolfenstein TNO, DOOM, GTA V, HITMAN and Mafia III.

I'm actually on the fence about ordering games in advance...
On one side you have the evils that come with it - unknown quality, questionable hype, exclusive bonuses that you don't get on DayOne, early access to some games or DLC if you order in advance, etc.
On the other hand...how is it really THAT much different to everything else? People "pre-order" tech, like phones and GPUs all the time. Online shopping and shipping across the globe - all you're relying on is reviews and yet you still put money down in full only to wait for however long the shipping is for your item.
At least you can refund a game, so I guess it's not THAT big of a deal.
But like I said I only do it for good games.

Ehh... I personally don't care if there's too much games, the more the better, I mean its not like I'm being forced to play any of these.

No one forces you to buy/play all of those games. Variety is a good thing. Besides number of AAA games are about the same.

It depends if by Variety you mean the absolute pile of **** that has filled greenlight and early access. Sure there are a few that are great and really stand out but its every 1/20. The quality control on steam doesnt exist.

Gotta love them $0.20 Steam mystery games on GreenManGaming and other sites, right? xD