If you’ve ever shopped for a graphics card, and I’m presuming most of you have, you’ve probably ran into the wall of choices. And I’m just talking about whether to go GeForce or Radeon, or whether to pick up at an RX 460 or RX 470. No, I’m talking about the dozens upon dozens of variants of each and every individual graphics card, each with minute changes from one to another. Suddenly your bombarded by talk of TwinFrozr, copper heat pipes, chassis, and boost clocks. It’s confusing enough for us, but imagine what it’s like for complete newcomers to PC gaming.

Now, the end result of which graphics card you buy might not actually be all that important in the grand scheme of things. One might be a few percentage points faster than another. Or another may run totally silent. At the end of the day though, you’re getting a very slight variant of a single graphics card.

Let’s just pull out an example of how ridiculous it can get though. Take AMD’s Radeon RX 480. A great, popular card, sure. AMD add-in board partner XFX makes its own versions of the Radeon RX 480, including both the 8GB and 4GB models. The total number of RX 480 graphics available from XFX? 11. Seven 8GB variants and four 4GB versions. That’s a lot to take in and then to understand and know which is the best buy for you. As far as I can tell some models just come with slightly different coloured fans. Others have got some decent factory overclocks. At the end of the day though, they’re all just Radeon RX 480s.

So with all these minor changes between the graphics cards, you’d think it would be a simple case of picking the best one. But it’s not, as it turns out. Some promise markedly better performance, for a pretty hefty markup in price. Let’s take a look at MSI. To my knowledge they have four different GTX 1070’s. The cheapest is the Aero, which carries an MSRP of $419, while the most expensive is the Sea Hawk X, which will set you back $549. That’s over $130 more for what is the same core graphics card. By the time you get to the top end you’re really not far off a $600 GTX 1080. How is the average consumer expected to know which is the better buy.

So my question to you is - are there just too many variations of graphics cards to choose from? Or is a cause of the more choice the better? What do you look out for when buying yours?

Are there too many types of graphics cards? 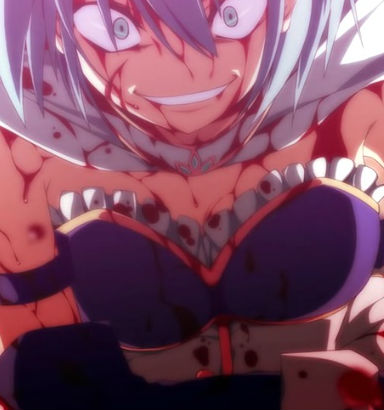 The more the merrier, that way you can study those specific graphic cards before buying and choose what has the best features for you...

well GD can tell us or review the best variant of a GPU offering good performance for a reasonable price. i think that can eliminate the confusion an buyer has to face when buying a gpu having many different variants.

Why would more options be worse?

When even GD has trouble adding all the new variants to it's database (mine still hasn't been added yet) you know it's gotten out of hand! XD

Haha yeah well we are on it. Shouldnt be long now, justa few days hopefully. Watch this space ;)

Actually, the cheaper the better. Period.

my jimmies ain't even rustled

I always go for MSI, Asus or Gigabyte.

Just what i though when buying my 1060, there are too much variations of the 1060, but i found the chosen one, small so it can fit in my MOBO and it also combines with my case´s colors, so i would say the more the better.

The more the better, even if the specs are the same, whats great about aftermarket variety of GPUs are the custom cooling, custom PCB and custom design they have, so its pretty much a plus for the consumer, assuming the price isn't ludicrous.

I say too many. Annoying. They're all the exact same (with a different VBIOS overclock setting, which makes zero difference to what you can do yourself with the card anyway). But I guess for those who want pretty coolers it's a plus.

and then there are aftermarket coolers with which, u can easy replace the reference coolers

It's the prices that I mind not the choice ;)