There's rotting pumpkins in doorways and blood splattered across doorways. It can mean only one thing (I hope) - Halloween 2016. Cue people who are otherwise sane and normal deciding a great use of their time is to terrify themselves. Whether that being to put on the most horrific movie you can get your hands on or just tucking into some gaming. I'll be on the move with a laptop this evening though, so thought it could be the perfect time for a spot of laptop gaming. Here's a selection of some of the best horror games this Halloween that can be played on laptop or with a low-end graphics.

Typing of the Dead: Overkill

Because nothing screams horror like trying to type ‘Lube’ at 80 words per minute while a corpse is trying to eat your face. Typing of the Dead is nothing if not a daft idea, but sometimes the daftest of ideas somehow work. The concept is simple - it’s a lightgun shooter just like you get down the arcade, only to fire bullets you must type out words and phrases. I wish I could describe to you the sense of panic Typing of the Dead inflicts. Suffice to say you’ll quickly have to become extremely good at typing.

Typing of the Dead: Overkill is quite a recent release on PC but it’s based on the old House of the Dead games and so is extremely undemanding in the graphics department. Most laptops with integrated graphics should have no problem running this one. Just don’t let the lady sat on the train next to you see you frantically typing ‘Sexual Tyrannosaur’. 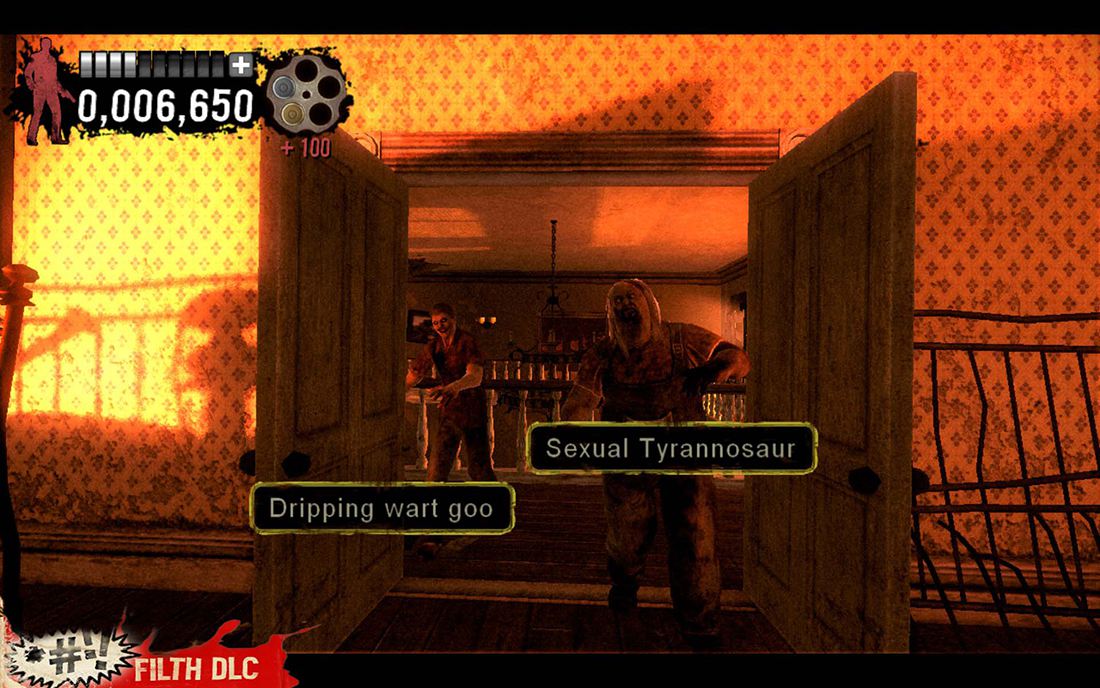 Visually, games don’t really get more basic than The Last Door. Don’t let that fool you however, because this is still a tense, terrifying adventure game that lets your imagination run wild. Jeremiah Devitt gets a lot from an old school friend and heads off to an abandoned mansion in search of a long-lost secret. Deep inside is an ancient evil waiting to be unleashed. Fans of horror adventure games need look no further. Those pixelated visuals rub on The Last Door’s system requirements as well. This is perfect laptop fodder. For ideal performance a dual core processor is required, but other than that buckle up because you're good to go. 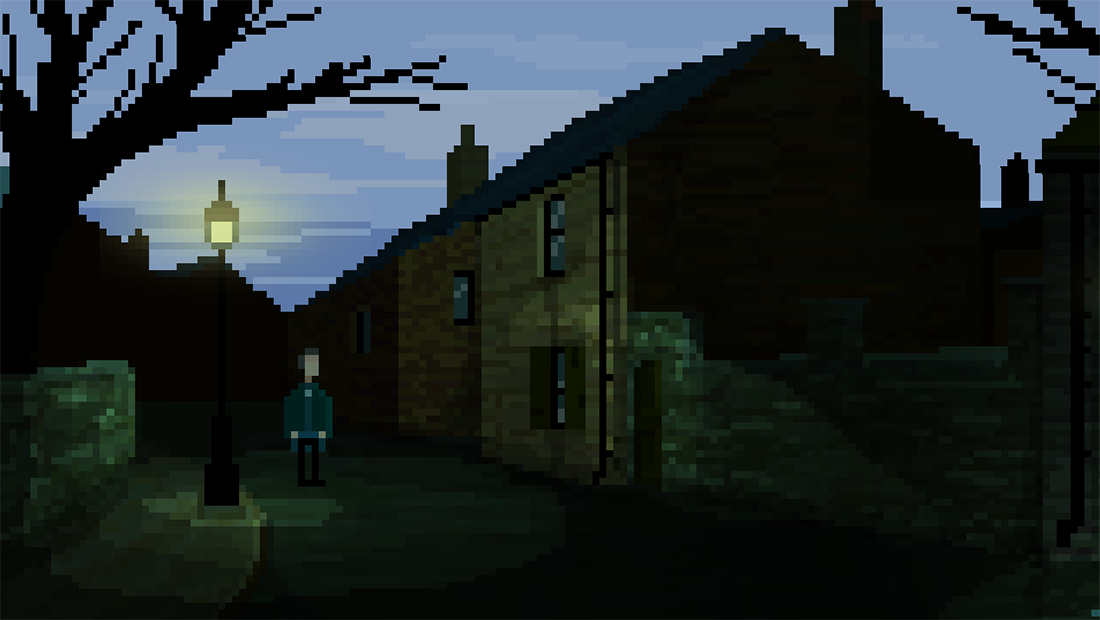 A cliched choice these days, to be sure, but Vampire: The Masquerade - Bloodlines is a cult classic for a reason. RPG’s don’t really get any more immersive than this. You are a vampire on the streets of modern day LA, but it’s totally up to you how you work through its challenges. There’s huge skills trees, multiple vampire clans which drastically alter you play Bloodlines, and some of the greatest dialogue in gaming. Oh, and for a particularly ghoulish Halloween treat, give the Ocean House Hotel location a go. Truly one of the scariest environments in gaming.

Vampire: The Masquerade - Bloodlines is built on the Source engine and is a little bit less demanding than Half-Life 2. Action sequences are actually quite few and far between as well, so if you are trying to run it on integrated graphics then this shouldn’t be an issue. If you can run Bloodlines fine then I do recommend you grab the VTMB Unofficial Patch. This improves the visuals, models, audio, and even adds new quests and areas to explore.

Now, I’m a big fan of schlocky horror, admittedly terrible adventure games, and dodgy FMV. Enter stage left Harvester, arguably one of the most violent and grotesque games of all time. Genuinely not for the squeamish, Harvester is a satirical take on violent games which pulls no punches. In terms of running a game like Harvester, it originally launched in 1996 and so can run on literally any PC hardware from the last couple of decades. You may run into a few compatibility issues with Harvester, but if you buy it through GOG.com then it should be optimised for modern systems. 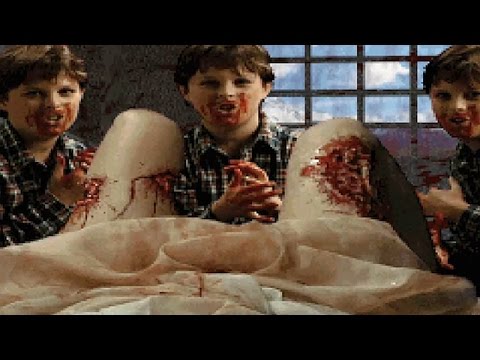 And now for a change of pace. The supply Devil Daggers launched earlier this year and it truly is an incredible accomplishment. Intensely unsettling while simultaneously demanding 100% attention and quick reactions from the player, Devil Daggers is a fast-paced arena shooter in which you must face off against increasingly deadly waves of Lovecraftian monstrosities. Your only aim is to survive as long as possible. The current record is 14 minutes 30 seconds, although you’d be hard-pressed to survive even half as long.

Devil Daggers is only about six months old but the use of a minimalist pixelated visual style means it’s well equipped to work across a wide range of gaming systems. The only thing you’ll really need to make sure is that you have a dedicated graphics card rather than integrated, although it may still run well on an Intel HD 4000 upwards.

This is obviously just a few of the many horror games playable on low-end systems. GOG is absolutely full of them, as too is the Steam Halloween Sale. Let us know below if you spot any bargains for the budget conscious gamer!

lol, in my country some of the people are getting dressed for halloween and oh god, I had my worst nightmare in years..

cry of fear is a good horror game that can run on a potato, but also depressing and dark i never finished due to the difficulty in some plataform part:/

playing games at 30fps is the horror

I would have added DeadSpace, but not really sure how low is "low-end" .

my laptop is low end

you can run Dead Space 3 on high settings bro :)

I have all F.E.A.R. games. They're not very demanding, as I once played the last one on a laptop with an Intel GMA 4500M.

The evil within suits me.

If you want a good horror shooter, then get F.E.A.R. Its a solid game that's held up really well. And its not demanding at all, since it came out in 2005.

Hey you know - it's actually a nice idea to have a suggested list of games to play on low-end graphics cards every now and again. A big plus from me, even if the article doesn't benefit me personally :)

I just picked up The Wolf Among Us and it's pretty good so far. System reqs are pretty low as well so it's recommended by me for anyone who wouldn't mind some gore on halloween.

some other horror games that will run on low end hardware pretty well which are quite scary aswell (Tested with my laptops intel HD graphics 3000M) Amnesia: The dark descent, Five nights freddy's series, Slender: the eight pages. etc.

I'm tempted to pick up Soma on Steam and stream it downstairs for the Missus to watch :)

Such a good game!