So this is one that we think  we’d all appreciate. In order to help you guys get the best out of the Black Friday Deals and save the most moula, we thought how better to do it than to just have a one stop shop for you all, where we tell you what we know and you tell us what you know and we all leave a little cheaper. Through updates over this period from us and you, hopefully we all can get the deals we want at the prices we can afford. So, shall we get right into it then with what we’ve got so far?

LET’S DO THIS, All the PC Gamer Black Friday deals in one location

So there’s what we’ve got so far, don’t worry yourselves though, more will come in over the next few days for sure, especially around the actual Friday. While also please bombard us in the comments with anything you’ve found so far or anything that you think we’ve missed and hopefully we’ll be able to save a bundle between us (and give you a shout out if we can). Happy Shopping!

Should i buy Titanfall2 or Arma 3 or DS2 ? Different games but all of them sound great..

if u like a game buy it. from these 3 i would bu t2. If you mean dishonored 2 i heard it's full of bugs, i dunno if they're fixed.

i purchased yesterday titanfall 2... THAT GAME IS JUST FU****G AWESOME! the only pity is the unremovable film grain that lows down graphical beauty.

Razer is having a cyber weekend! Check their twitter @Razer

Dude Ubisoft might be one of the few publishers that is starting to listen to the gaming community. "No more DLC that gamers have to buy for the full experience" - Ubisoft

EA started listening a long time ago tho. Ubisoft did many f@ck ups before, especially regarding the PC community that we won't forget any time soon :P
They did many good things with Origin and EA support. Plus, they gave us many of their high-rated games for free, gave us proper demos. Ubisoft is far behind, unfortunately. This statement is just a statement until they act by their words. Personally, I will wait to see some actions from Ubisoft, not just tossing statements around.

EA is awful man. Look at the titanfall 2 launch.... right between bf 1 and MW:IW??? seriously.... The game is awesome and has had trouble selling, and at this point respawn and EA have a strained relationship because of their crap. I am not sure in what way EA has been listening to gamers at all...

Hmmm... I wouldn't refute Ubisoft's past actions. "24 FPS is Cinematic" sounds more f'ed up than all of Ea's negatives all together combined lol. Just because EA had a bad launch for TF2 doesn't make them bad necessarily, at least not bad for the consumers... You can't keep delaying a title just cuz a good game comes out...There are always good games being released. On top of that, they gave full access to players without the need to pay extra for DLCs(And they did it first!). Any problems with the game selling well can be solved. Just look at CS:GO... it was dead in 2012 and in 2014 it became extremely popular after steam sales and promotions. Ea is far from worse than Ubisoft imho.

i wanted to buy bf1, but reading on this site about tf2 and it's awesome features, in addition to ea's bad move, i got tf2. best choice i've ever made so far.

You can actually get TF2 AND bf1 digital deluxe editions for 75 on origin right now.

any cool Mac games tho? xD

Does the Green Man Gaming code not start until friday? 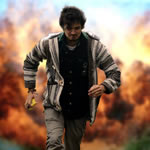 By looking at their site I think it looks to work as of now, not 100% though

i tried it for BF1 and it said "code is invalid", lame!

Only works on games that are in the Black Friday section.

Origin has decent prices but their buy button is messed up. Too bad for them. My wallet stays happy.

maybe its time to get titanfall 2, or should i wait hmm..

I know I really want to get it too, but I already have so many games to play, FF XV coming next week...

so true, got the ds3 dlc, bf1 and Alien isolation ( yes hadn't play it before), all new unfinished games but my head keeps telling me to BUY More.. lol.
unlucky me, i don't have a console. FF XV looks great ( i also saw the movie) and i really hope they move it to PC :'(

Thanks man, will add it!