5 Games You Need To Be Playing This Thanksgiving

So it’s that time of year again. Our friends over the pond are enjoying their annual turkey fest and enjoying all the perks that comes with it. Hectic traffic jams, hours cooped up with your family and leftover vegetables. Who wouldn’t want that? But seriously here at GD we wish everyone a happy turkey filled Thanksgiving of course. How better to show this wish than to compile a list of the games that we think you all should be playing this Thanksgiving 2016, as every holiday needs a top 5! So without further ado, let’s get into what we think will accompany your feasts best today.

The Witcher III: Wild Hunt GOTY
Have you ever wondered what happened to the turkeys out there that don’t get eaten at all our human festivals? What if some got away? And grew? Well take on the role of Geralt of Rivia and track down the turkeys that time forgot, and boy, are they pissed. Bitter about our inclination to feast on them, they have very much taken it upon themselves to torment the poor local village folk, the poor buggers. How better to celebrate Thanksgiving than to track down and stop these foul beasts and restore the rightful turkey balance? Oh and there’s some ogres too, don’t forget about them. And hey it's on sale on Steam as well! What are the chances?! 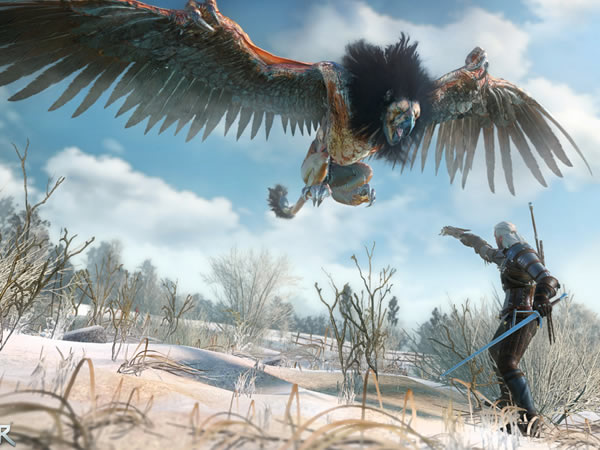 Jackbox Party Pack 1 / 2 / 3 (any of them really)
So it’s happened, everyone knows it’s coming, the awful silence as you realise that you and your family have run out of things to say to each other. Everyone knew that this moment would come, it’s the risk of getting everyone together like this. Well strike quickly with any of the Jackbox Party Packs and breath life back into the party before grandad starts to retell the same stories. Test each others lying ability, comedic wit, drawing skills and more and banish away the awkward and have a couple of laughs along the way. 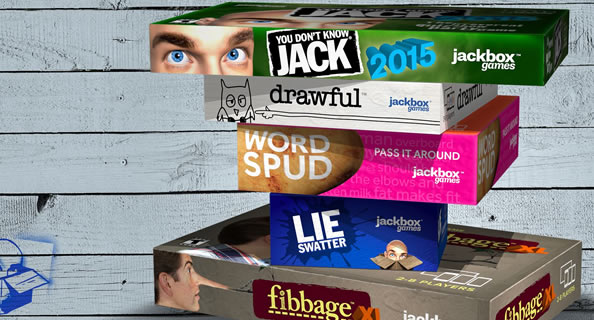 Hatoful Boyfriend
We honestly can’t think of anything that embodies the spirit of Thanksgiving more than Hatoful Boyfriend. How can you better celebrate the festival of eating turkeys than by dating some of their relatives? We can’t think of any way to. Yes you might seem strange at the dinner table, but jokes on them you’re the pigeon dater about town. The perch that all the birds are after. 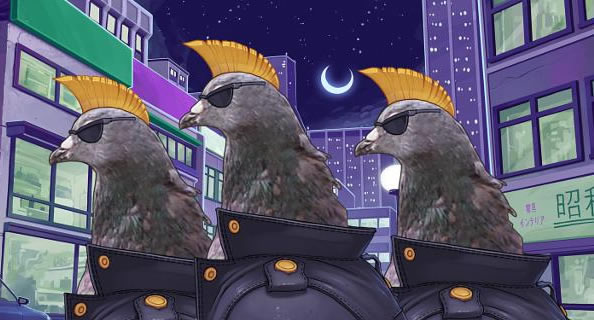 Stellaris
Hey remember those escaped turkeys that you were hunting down in the Witcher 3? Well we don’t mean to panic you but… errr... some of them got off world and, well, have kinda flourished. Like built an interplanetary empire kind of flourished. Yeah, it’s gotten out of hand. You should probably sought this out while you can, before, you know, they find out what we’ve been doing to their ancestors. Don’t worry about the spaceships or anything. 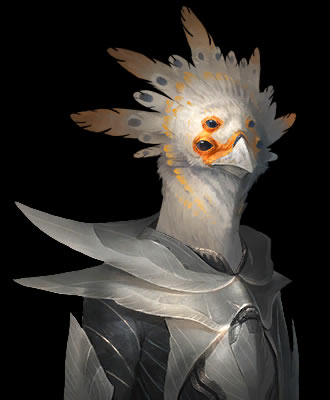 South Park N64
We *cough* wholeheartedly recommend the *cough* stellar title that is South Park on the Nintendo 64. With gameplay that you could never get bored of and ‘innovative’ gameplay features, it’s definitely the right choice this Thanksgiving. Had enough of those feathery little blighters gobbling at every turn? Well you’re in luck as you can spend hours of fun pelting them with the hardened balls of ice they deserve. Over and over and over again. How better to get through Thanksgiving than through this? It’s the gaming dream and not at all monotonous! Or y'know play South Park: The Stick of Truth, kinda the better game really. 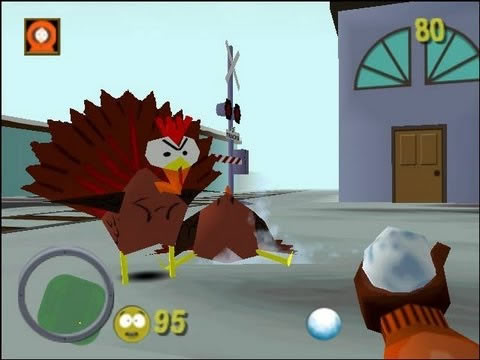 Damn, Hatoful Boyfriend is everywhere. It has to be one of the more bizarre games I've ever played.

Witcher III huh I guess I really should xD

yeah you definitely should :DDD

The Division Survival DLC has got me hooked at the moment :D

this game when i was a little i played it for like 2-3 years non-stop, i still like it and find it funny and enjoyable but i know everything in this game and became too easy for me on every lvl, that means no fun at all if you are always 1st with no competition :D