So here’s something that’s quite exciting for you VR fans out there and maybe just as exciting for those who aren’t quite there yet as well. Co-Founders of The Open Source Virtual Reality (OSVR) Cornsortium (hell of a name ain’t it) announced earlier this week that an upcoming Steam update will include support for open-platform VR content. Ie, any game sporting their logo (as pictured below) on steam will work for whichever VR headset you want to plug into your PC. 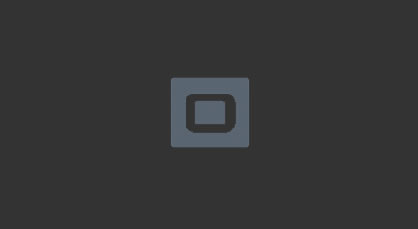 This is a very exciting time in the world of VR as well as for those who don’t own a headset. It seems to be the first step toward a much more open VR experience, one which isn’t hampered by the walls that the big three right now (HTC Vive, Oculus Rift and Playstation VR) keep putting up to stop each others headsets sharing games. The reason why this is good for people that don’t own one of these headsets is, smaller companies, that offer cheaper headsets for instance, will begin to be less limited with what they can play. To give you an idea of price difference, the HTC Vive costs around $800, the Occulus around $600 and then Razer’s OSVR headset at only $400 (we say only in comparatively).

Hopefully, and this is wishful thinking, but thinking that is shared by OSVR and Valve, this will lead to a much more open and accessible VR market, available to more people on mass, getting us well on the way to living in the future.

The backbone of this movement at the moment comes from OSVR’s development kit. A kit that allows developers to build support for all headsets into their games from the ground up, reducing the big three’s stranglehold on the market. A kit that we hope to see more often.

Who knows where this movement will lead and if it’ll make the changes that some hope, but we’re optimistic, it’s easy to believe that this might actually be the beginning of something big in the world of computing and definitely one we want to see out to the end.

How do you feel about this move? Do you think it might be the beginning of the movement towards open source VR? Or VR for the masses? Or do you think it’s still too soon for it all to kick off? Give us your opinions!

Maybe a bit offtopic but that's an awesome image, what was the source for that? Any background info?

you must be boring XDDD

Cornsortium is truly a hell of a name :D

we desperately need this if VR is going to succeed. Otherwise I don't see people splashing out the cash only to find they can't access half the VR content. we're skeptical enough as is.

neat, I plan on buying one of these headsets, or Microsoft's headset so I could potentially use my laptop for VR

i suggest you to wait. In a couple of years the VR will be better. Right now I dont suggest to experiment, but its your choice

If everyone thought like you then nobody would buy VR headsets at all and VR would once again disappear into nothingness as "not worth the time and money to develop as nobody is interested".

bingo, the big draw of OSVR is that it can be upgraded over its lifetime, somebody has already released a 4k headset built off of it, so it seem like there is a parts market already