It’s a waste of time! They cry. What’s the point? They bemoan. Where’s the fun? They puzzle. No one who hasn’t played a clicker (or idle, or incremental if you like) game understands what the fuss is about. But for those of us who made the leap and took those first, sweet clicks, the simple task of browsing the internet has never been quite the same again.

Clicker Games can be deeply involving but they’re also known as idle games for a reason. They’re games you can play without doing anything. Clicker is a bit of a misnomer you see. You might click for the first 10 minutes, but after that everything has been automated. You’ve got heroes out doing quests for you, or grannies baking cookies by the bucketload. They basically play themselves for you. Every so often you can step in and choose your upgrades, making an instant impact and watching those numbers rise and rise and *drools*.

Idle games are an odd beast then, yet they have a become genre unto themselves. If you want to go deeper down this weird and compulsive rabbit hole, here’s six of the best. 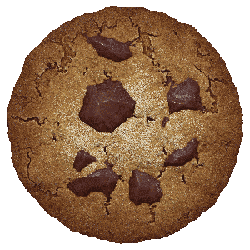 One of the originals and still one of the best. Cookie Clicker is as near as dammit to clicking perfection. This right here is where I lost my clicking virginity, and life hasn’t been the same since. The setup is deliciously simple - click to bake a cookie. Within a few minutes you’ve got grannies bringing batches of cookies fresh out the oven, miners digging for cookies and portals opening to alternate dimensions of cookie awesomeness. A prerequisite of Cookie Clicker is of course that you armed with a piping hot mug of tea and a bumper sized pack of cookies at all times. Partaking in other substances is entirely down to you. Suffice to say - happy baking.

For a little bit of history, check out Ian Bogost’s previous game - Cow Clicker. Created entirely as a satire of games and boiled down to its most compulsive of elements, it was the birth of the clicker as we know it.

A rarity in the weird and wonderful world of clicker games, Spaceplan is a clicker with a bit of a story that you can actually finish in a single afternoon. I know that’ll fly a bit in the face of folks who love to strategize an optimal way to gain clicks over the long haul, but Spaceplan still manages to be surprisingly deep despite its inherent simplicity. Your goal is to grow potatoes on an intergalactic scale, harnessing the power of sunlight to launch ever greater numbers spudniks into the atmosphere. 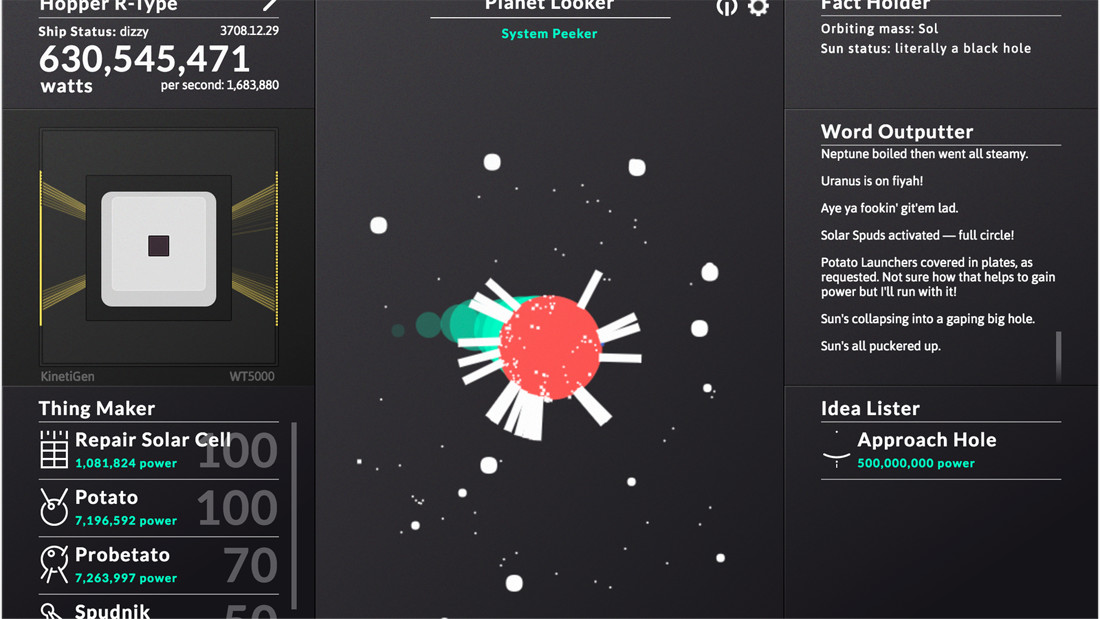 I’ve got a bit of a love/hate relationship with Clicker Heroes. It’s undeniably got a lot more faults than your average clicker game. It requires too much attention, you have to start over too often, and the creep of microtransactions is ever present. Yet underneath this all lurks one of the most complex click games around.

In Clicker Heroes you must battle through sequentially harder arenas battling creatures and bosses, earning coins to buy more heroes. Alongside this you can purchase special heroes to send out on quests or upgrade your abilities using rare artifacts. The best bit is it’s playable through Steam and you don’t need to keep it running at all times. Close the game and progress continues while you’re away. You can come back the next day to find yourself with quintillions of gold to spend.

One with a little more substance to your average clicker, Epic Clicker Journey does precisely what it says on the tin. Click to battle monsters spread over a huge world map, levelling up your character, upgrading your equipement and completing quests. It might be a little meme-erific for some people’s tastes but there’s heaps variety on offer here than most other idle games. One word of warning - Epic Clicker Journey does get quite forceful with its micro-transactions during later stages, essentially blocking progress until your character is powerful enough.

My Name is Mayo

The humble tale of a jar of mayo, My Name is Mayo is a clicking game with heart. Tap the the innocuous jar of mayo to uncover its life story. It’s often funny, always a waste of a time, and hideously addictive. Just like Spaceplan, My Name is Mayo also has an end. So you need not fear arthritis creeping in at 35 as you desperately play it years later. 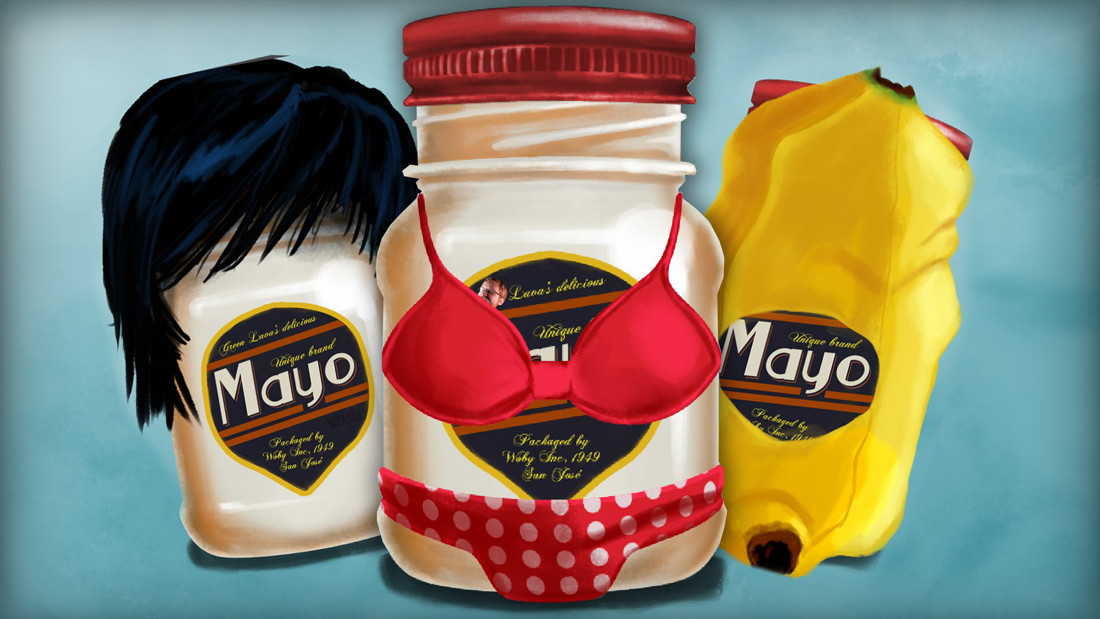 A relative newcomer to the incremental scene, and sporting a cracking pun to boot, Adventure Capitalist wears its influences firmly on its sleeve. This is all about making money. And lots of it, any way you can. Slick production values paired with a self-ironic satire make Adventure Capitalist an amusing game at first. Until you're sucked in that is, and suddenly you're sat there bleary eyed at 3AM wondering how you should probably make some real money.

Is there any other clickers out there which you think are worth everyone's time? Have you kicked the clicker habit yet? Let us know your clicking tales!

I found a really fun one to be clicking bad, based off breaking bad - http://clickingbad.nullism.com/

If you guys are already bored of them clickers, here The Last of Us 2 announcement trailer is out, feast your eyes on real clickers!

Not exactly a clicker, but definitely an idler game, and a pretty fun one, Loot Hero DX.

lol where is realm grinder here is the link
http://www.kongregate.com/games/DivineGames/realm-grinder?haref=HP_MPG_realm-grinder
this is the most played idle game in kongregate and it deserves that

I have spent over 600 hours on Clicker Heroes!
What am doing with my life?! 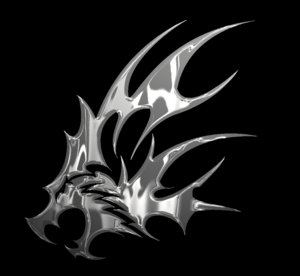 how many mouse you broke ?

Only 1, but that one already was a little broken when I started the game. x)