All aboard the hype train, because Mass Effect: Andromeda just pulled into the (space) station. Gone are the days of the Andromeda news drought as we finally get to wrap our eyeballs around some actual solid gameplay footage in breathtaking 4K. Like, it's actually combat and walking around cities and everything. And there was us wondering if ME Andromeda was even a playable game at this point. Boy oh boy is it good looking. See the new Mass Effect: Andromeda gameplay trailer below.

Breathtaking right? Not only does it show more in-game cutscenes, but we finally get to see what kind of environments and baddies we’re going to be fighting in the new Andromeda galaxy. The market area with neon flashing lights had us at GD scraping our jaws off the floor. While we were also impressed with the level of verticality Mass Effect: Andromeda’s combat seems to have. Having your guy whizzing around from tower to tower before jetpacking down to kick some robot ass had our hairs standing on end.

On that note it seems that we made the right call in our Mass Effect: Andromeda announcement trailer article, as there seems to be a fair amount of combat with some larger beasties in Mass Effect: Andromeda. We saw the pathfinder (the new protagonist) coming toe to toe with both giant “hydra” robots as well as what we can only describe as a giant frog bear with horns, otherwise known as a “fiend”. While also, as the narrator points out, we will see the return of a Mako like vehicle, dubbed the “Nomad”, will they have learnt their lesson from Mass Effect 1’s vehicle failures? Only time will tell. But what we do know is there seems to be a lot of exploration to be had and we can’t wait.

This trailer has us at Game Debate crossing our legs at the moment, as this game looks like it’s going to be balls to the wall amazing. But the question is, what do you guys think? Has this got you as hyped as it has us? Or are you a tougher cookie to crack? Let us have it in the comments below.

"Mass Effect in my Adult undergarments!"

Same boring gameplay as anything else wonder when we will actually see something new and fresh rather than same old concepts and gameplay recycled.

Originality is highly overrated in video games. Between broken launches and yearly iterations of the same title, I'd be more than happy if this turns out to be at least a decent TPS. Also, the combat's verticality shown here IS something new and fresh to the franchise.

Oh man, that trailer was awesome. I want this game so bad!

Most likely MEA will have at minimum a modified version of the lastest Frostbite Engine 3 and at most a even more updated version. Like I have advised to others, the latetest FE3 game out is BF1 so its a good reference. That games recommended is a gtx 1060 so that will be the same case or the gtx 1060 will be no less than the GD Adjusted Requirements. Which basically means your going to be golden.

Good because thats going to be my upgrade come spring.

I hope this game will have atleast a decent system requirements so I can run it.

You gotta be kidding me right?
If you are saying that, than how should I feel?

HOW SHOULD I FEEL

cant wait to play it , i'm downloading ME3 to play it again . also, i kinda wanna a first person view capability in ME Andromeda , some thing like fallout 4.

That would ruin the game in my opinion. And it is never going to happen, im pretty sure of it.
Again, just my opinion.

maybe, i am not sure since its been ages since i played ME3 and that's why i wanna replay it

A female Turian and a Rancor in one game? Alright, you got me. 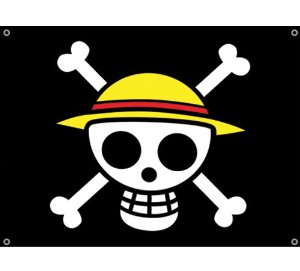 i hope this comes to pc... it could be the HALO iv'e been waiting for...

I get what you're saying but the way publishers are now releasing for some platforms only and having delays on others. Sad times

the problem is that this game is PS4ish so i am worried about PC optimization. please dont screw this one EA

If u look at the last few EA games all of them have been optimized and i believe this one will be as well since its running the same FrostBite engine we get in BF1 , SWBF , NFS and other games

There is no doubt this game will have Denuvo.

All Denuvo aside, i do hope that this game isn't filled with empty world and plagued with tons of fetch quests. DA:I is a great game, but those things i mentioned left a sour taste in my mouth.

Also, the combat on PC was horrible.

Everything here was awesome except that facial expression at 1:47. they need to improve that by a LOT
Really hope that it gets better in the final game... Also, maybe it's just me, but the female Ryder doesn't seem very intimidating for a person who's supposed to be part soldier part explorer...

Awesome! Once I get hold this game I will have to give myself a three week holiday to play it! :D

Well I better get upgrading, I wanna play this at it's fullest. Looks amazing!

well , for the sake of everyone i hope your rig wont need a upgrade to max this game

I'm looking to get a 4K monitor soon so gonna need the extra power. Should have stated that first really xD.

Well Battlefield 1 is the latest game with the latest version of Frostbite Engine 3 so you would be best to use that as a reference for Andromeda's potential requirements.

this game is everything No man's sky needed to be.

I have never played a ME game, I guess I really should :)

I completed the trilogy a few months back. Love the story, love the action! :D

you definitely should, great story, great characters and great gameplay/action.

A general rule about Bioware games, 1st dialogue option is good, 2nd is evil, 3rd is sarcastic and 4th is "huh".

Yea, the only one I have played is DA:Origins, in all honesty I didn't like it, but probably mostly because I was 13 or 14 at the time, couldn't really get into it :)