Tom Clancy’s Ghost Recon Wildlands is big. Like, really big. In fact, it’s the largest game world Ubisoft has ever created. Consider for a moment that The Crew presented a scaled-down version of the entirety of the US and that’s quite an achievement. Set deep in the Bolivian wilderness, Ghost Recon Wildlands is a sprawling landmass of cities, mountains, villages, salt flats, lush jungles, lakes, swamps and canyons. We’ve got our hands on the in-game map for the first time and it looks frankly ludicrous.

The reason Ghost Recon Wildlands’ world is so large to accommodate a total of 11 different ecosystems. During the research phase, the Ubisoft team sent to Bolivia found there were at least 11 different biomes. Yet in order to cram these together into a single environment while still feeling natural, the planned area had to balloon in size.

In total there are now 21 distinct regions, 11 ecosystems and 26 Santa Blanca drug cartel leaders to take down. 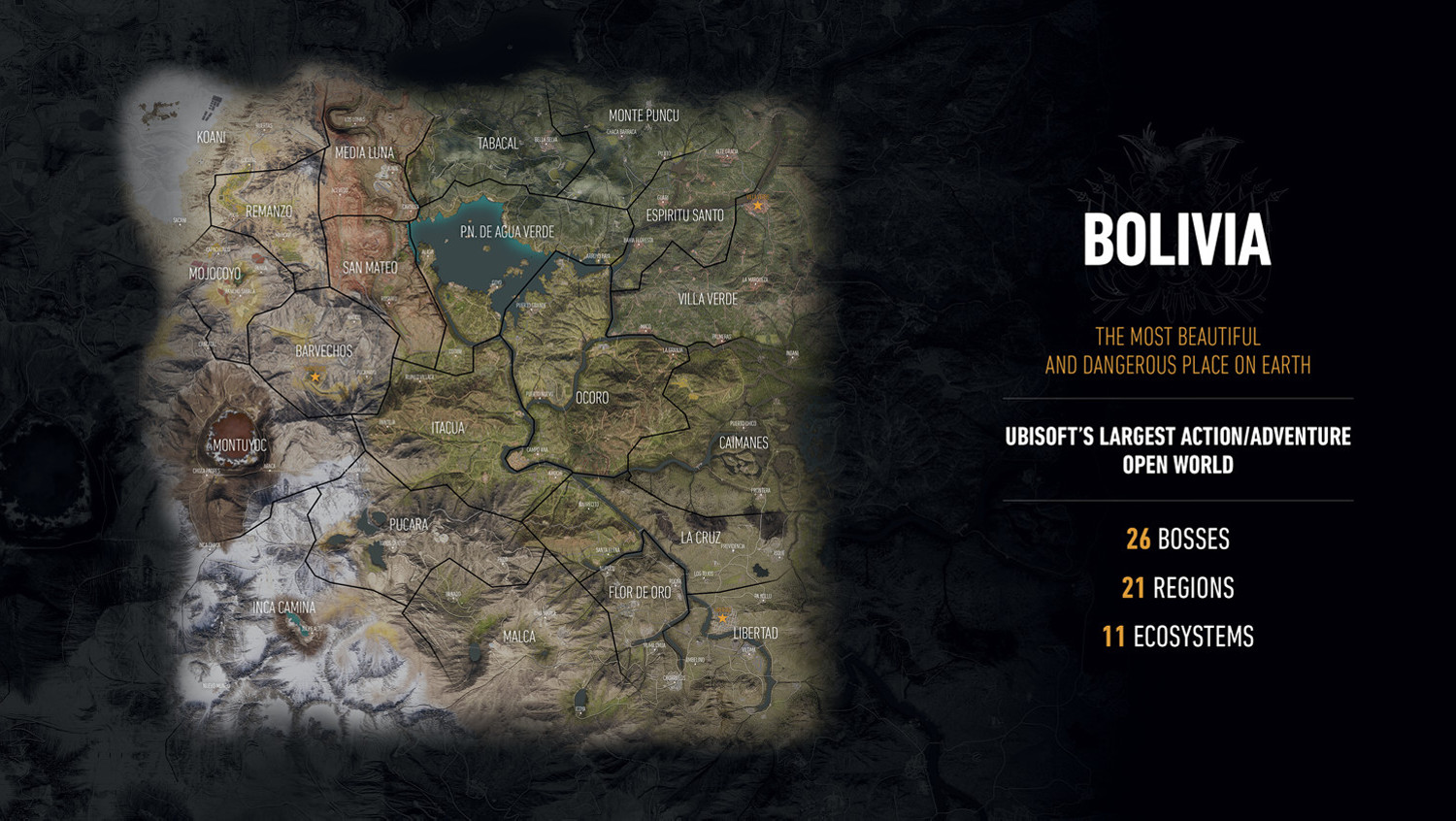 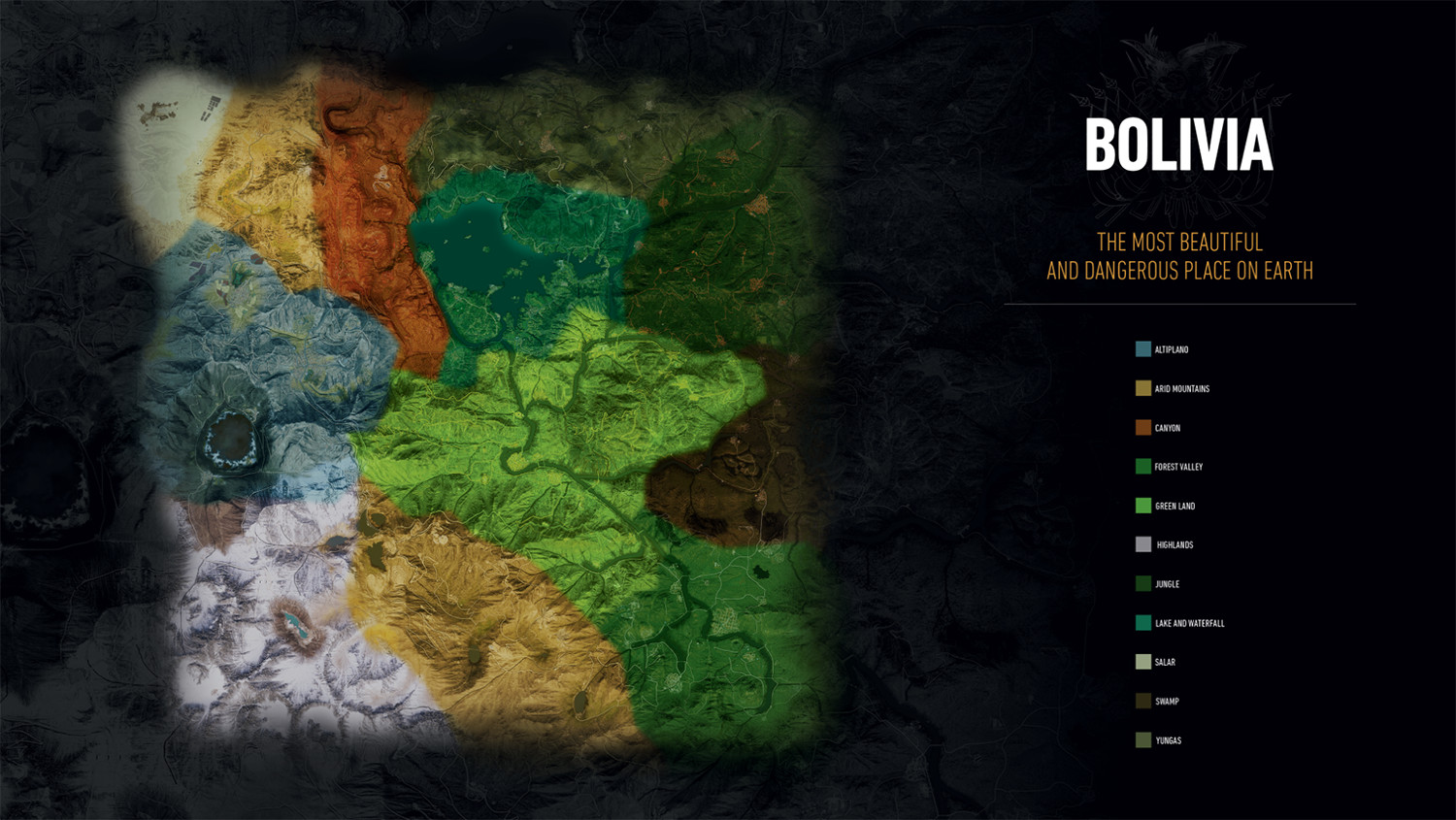 It’s going to be an immense challenge for Ubisoft to pair a massive map like this with a world that’s actually fun to explore. While broad strokes have been used to map much of it however, there are also specific areas tailored around Bolivian landmarks, such as the Laguna Colorada and La Paz.

Unlike previous Ghost Recon games, Wildlands isn’t just a parade of enemy troops to mow down either. Sure, there's enemy encampments to uncover everywhere, but the environment will be packed with civilization NPCs, each of which has unique behaviour, setting out for work, going to bars, and coming home.

It all sounds immensely promising, now it's just over to Ubisoft to fulfill that promise. With any luck we should find out more once the beta test starts opening up to a few more people. Failing that, Ghost Recon Wildlands is out on March 7th, 2017, for PC, PlayStation 4 and Xbox One.

Some things Im looking forward to:

1.With 26 Bosses,even if a boss is a 2-3 missions,each mission taking about 10 mins AT LEAST from what i see in the trailers...the campaign should be around 8.5h - 13h and maybe more if it takes longer to do missions.
So factoring in travelling and a bit of goofing around we might be looking at 20h long campaign... that's a pretty decent single player experience

2.Encampments which can only be found at night by looking at fire,smoke etc. I havent seen that level of reality in this genre..Maybe it exists

played the closed BETA and while it was ok, I wasn't overly impressed. It got boring very fast. Perhaps just due to the BETA and limited area available to play, but for me this will be a wait until it's on sale before I'd buy it.

I've really enjoyed the recent releases from Ubisoft, I'm definitely get this one :)

I recently got R6 Siege because some friends wanted me to play with them. I have to say I am pretty dissapointed. Its a decent idea but the implementation looks pretty bad to me. Everything is so slow (animations, movement etc), the shooting is quite bad (you die instantly only to find out that the enemy was shooting you for 3 whole seconds) and the action is bit too quiet for my taste. I spend 15 minutes playing a round only to have 5-8 gunfights or so :P. Oh and I am quite the noob. Only played for about 10 hours but every time I ran it I get bored after 3 rounds at most. Not the game for me I guess :/

its not the game, its you. For me, siege is one of the very BEST competitive shooters out there. it requires patience, skill, and experience to play it well, and that is rare in today's "Arcadey" market. so yeah, dont blame the game.

Well of course its not the game and its me, those are the exact words of my last sentence pretty much lol :P

Zainmirza77 is right man. I think you just suck.

I also said I am a big noob in this game. Daym did people really read my comment? :P

R6: S is by far the best shooter to come out in many years. It takes about 10-20 hours to learn how to play effectively because there are so many operators to learn to use and counter, and you have to learn room names and camera positions and good peek spots for both offence and defense in all the maps... As a result it has a very high learning curve if you don't want to be useless to your team, which I understand may not appeal to many gamers who are used to typical COD and Battlefield run and gun gameplay. However, the animation lengths, low hp, and headshot kills are balanced constantly.

Despite being cool and hip to hate on Ubi you must give them credit for one of the best open world designers, I mean The Crew, AC games etc worlds look epic

okay this has me very interested, it looks ands ounds like they took a page or two from Rockstar's book with GTA. As far as world scale and NPCs go. I really hope they wind up making this map worth exploring (unlike a lot of the crew's that was just forest). at first I had no interest, but the more I hear about this game, the more intriguing it is.

I hope they don't add some many repetitive missions because this game looks great!

What recent Ubisoft games has repeated for the last few years (except maybe W_D2): 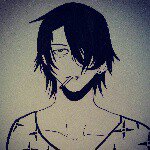 This game is actually sounding really interesting... Let's just hope they can fill such an expansive map with things to keep the player interested and immersed.

I am incredibly excited to see how my country's landscape is represented in this game!

this is very good but it would be even better if different ecosystems where represented with different countries... for example snowy mountains would be great in alps, himalays... greenland would be awesome in brazil, roaming around world is more fun for me than on one whole map... this is still appreciated and great!