Up For Debate - What's The Most Beautiful Game You've Ever Played

So this one has had us going back down memory lane for a good few hours. Today we pose to you the question of: which game’s graphics and experience blew you away most when you first saw them? We’re not talking brand spanking new either, can be from anytime really, if you saw the first ever polygon and were like “Wooooah duuuude!” then we’re dying to hear. They don’t even have to be good for the time, we’re going in personal with this one. So let’s give you a rundown of a few we were blown away by.

Take Jon for instance. He can think of four games off the top of his head spanning a pretty vast time period. For instance on the newer side of things, he was blown away by how crisp and detailed Rayman Legends was, while also, despite the bugs that he faced, he thought that Assassin’s Creed Unity was breathtaking. So much so that he thinks they’ve reeled in the graphics since. Yet at the other end of the spectrum he was just as blown away by Yoshi’s Island on the SNES and the gaming masterpiece that was The Legend of Zelda: Ocarina of Time, at the time convinced that games couldn’t physically look any better. He has now retracted that statement.

I (Ed - master of the bracket intros) remember the first time I saw Super Smash Bros: Melee, in a Gamestation store. Having only experienced N64 up until that point, seeing the faces so smooth and polygon free literally blew me away. I physically couldn’t comprehend being able to get more detail in at that point as there didn’t seem to be any missed. I get it now though. While on the newer side of things, last year’s Star Wars: Battlefront mashed my face off when I played the Beta. Having been a long time since I’d seen a new triple A game at the time it had me gobsmacked at almost every turn, the footprints in the snow for instance blew my mind for about 30 minutes, following them to see where they went. I wasn’t a key player in the early days. While as a quick third entry, Windwaker had me mesmerised throughout, naysayers at the time ate their words because that game was bloody beautiful.

A moment that’s stuck in Felix’s head is the grand entrance into Fallout 4. He was hand on heart truly immersed as the vault began to unlock, the music accompanying it throbbing at his ears drums as he faced the wonder of what he might face as his players eyes became accustomed to the light. Something that anyone who loved Fallout 4 can relate to.

So there’s some from us, give us some of your most beautiful gaming moments. Tell us the story. Set the scene. Use… adjectives. Let us know down below!

Back when I only had a gamecube, Legend of Zelda Twilight Princess

When I first saw Wipeout on Playstation.

Skyrim, the witcher 3, Assasins creed (some, not all), far cry 4, GTA V, Rise of the tomb raider. These are some that come to mind. They all brought different things to the table when it comes to visuals. Skyrim and the witcher 3 had great views for example. GTA V has fantastic looking cars and cities. And so on. 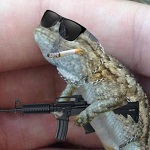 Definitely Skyrim, Metroid: Prime, and Deus Ex Human Revolution were the games that I've held as some of the most beautiful games I'd ever played at their time. Windwaker does hold up there for me as well, but I'd take Twilight Princess as the more beautiful Zelda counterpart on that console.

The one that stands out the most..hmmm Final Fantasy X back on PS2...I was only 13 then, and the PS2 was my first real console...FFX is what truly sold me on getting the PS2...I never regretted that decision lol...but for its day and age...I can't recall anything that drew me in like X, granted, it was a first for me in gaming in so many ways...only natural I'm so fond of it.

well at present day , Assassin's creed Unity has the best graphics ever in my opinion, in the past few years , nfs underground 2 had great graphics.

Yeeeees, the music man :o The second time I played through the game, that moment had me in tears as I knew what the future had in store for Ezio :(

for me it's definitely The Witcher 2, imo way nicer than The Witcher 3,
but I also liked Assassin's Creed Brotherhood environment a lot :)

Mega Man and Bass, Planetside 2 oh those fortresses swarmed with sunderers, lightnings, with galaxies getting shot down in the air... Graphics aren't that special but the game is just beautiful

Best looking for ita time, then I have to say TES oblivion.

Having recently finished Uncharted 4, i have to say that it is the BEST looking game for me yet. Second place is Final Fantasy XV, especially Altissia. That city was so mesmerizing and a sight to look at.

It has to be Clash Royale