Two games can't really get more diametrically opposed than Civilization VI and Firewatch. One is a game about conquering the world through any means necessary, the other is a hyper-localized tale of one man's summer job as a park ranger in Wyoming. For our next 12 Games of Christmas battle it's a bit like telling an apple to fight an orange, but if Celebrity Deathmatch could do daft things like that, so can we. It's our last semi-final, pitting Firewatch v Civ 6, which is the better game? Get your vote in below and tweet your support to be in with a chance of winning a game. 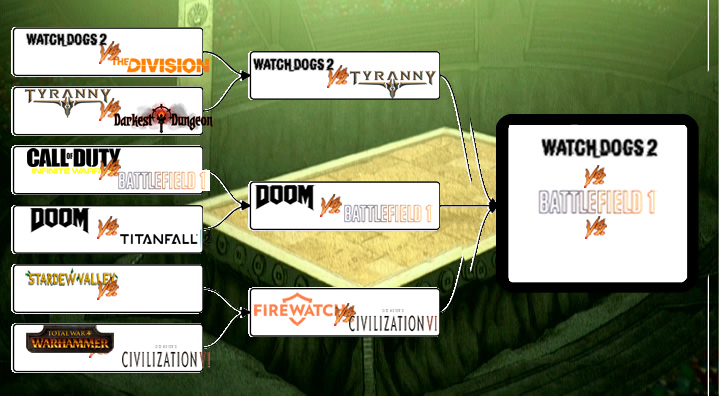 In last 12 Games semi-final, you voted Civilization VI as the better game than Firewatch.

Am I the only one who liked Quantum Break? :(

No you are not alone , i also liked it very much

And in the end BATTLEFIELD 1 will win.

Its alredy won by battlefield 1. Winner has been decided since Battlefield 1vs doom.

agreed, no chance any game can usurp bf1.... it is too fun

I don't really get it myself. It's good, but nothing special

Hmmmm, can't really say I'm into strategy games much, so gonna have to go with firewatch.