We've had to wait an extra few months compared to our console counterparts but at long last we can get a first-class ticket to Suplex City. WWE 2K17 enters the fray on February 7th, packing the latest WWE roster, upgraded graphics and the all-new Promo Engine. Before you start sweatily grappling one another though, be sure to check out the official WWE 2K17 PC system requirements to see if you're PC's going to get knocked out.

The big headline is that if you could run WWE 2K16 last year, there's no guarantee you'll be able to run WWE 2K17 this year. The system requirements pretty much take a generational leap up across the board. For example last year you'd need a GTX 460 or HD 5870, now you'll need a GTX 660 or HD 7770.

While WWE 2K17 is more demanding than last year's version however, it's recommended system requirements still aren't all that high in the grand scheme of things. A decent quad-core processor is a must, along with a video card with at least 2GB VRAM. A GeForce GTX 770 is recommended but you're also going to be able to max out WWE 2K17 with the likes of a GTX 960, GTX 1050 Ti, or a Radeon RX 470.

As ever, remember you can always check out how well your PC can run the WWE 2K17 System Requirements here, where you can check benchmarking and performance from other users. Compare your graphics card to the WWE 2K17 GPU benchmark chart and we also have a WWE 2K17 Frame Per Second system performance chart for you to check.

Hell Yeah! Finally a PC version! It's coming sooner than last years.. Hope my rig can handle it.

lol I used to love wrestling(wrasslin') games on consoles back in the day..... I'm glad to see they're still around.... can't really say I've ever played one on PC though. 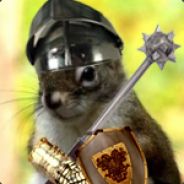 we all have to start somewhere mate.....don't beat yourself up

Also the they seem overrated.

Too many discrepancies in these requirements and I wouldn't trust them, seems like someone who has no idea about hardware just picked some bigger numbers than last year and threw them onto the page.

That's my favorite. Throwing numbers. If we're lucky, someone will throw a function out there. God help us if a Googol appears.