Up For Debate - Which is your favourite Battlefield 1 game mode?

Battlefield 1 has been out for a few months now and we’ve all (hopefully) had plenty of time to get to grips with it. There’s an argument to be made that it’s a little more slender right out of the box than previous Battlefields, yet DICE has managed to squeeze in some top-notch game modes. The usual favourites make their return of course, including Rush, Conquest, Team Deathmatch and Domination, but it’s been joined by the remarkable (and divisive) Operations mode, and the CTF-riffing War Pigeons.

Operations is a bit of an oddball in the grand scheme of things. Rather than take place on a single map, Operations take place on a shifting front of up to three. They’re host to some of the most chaotic gunfights in all of Battlefield 1, fusing the Attack / Defend of Rush with the flag capture of Conquest. It can be an awesome game mode, although actually winning one can take close to two hours.

War Pigeons is on a much smaller scale but it’s no less chaotic. Each of the teams is tasked with finding a pigeon, hiding out and writing and message, before releasing it into the sky, where it hopefully won’t get shot down. It feels quite similar to Star Wars Battlefront’s Cargo mode and can be great for a bite-sized BF1 blast.

Since launch DICE has also been busy promoting some alternate custom modes. A few of these have even got official backing and are going to be added as proper modes. One of the latest was the incredible Back to Basics. This strips out nearly every weapon except for bolt action rifles and pistols. No SMGs. No shotguns. No heavy tanks. No bombers. No snipers. It’s World War One as you were perhaps expecting it. It’s much slower paced but it’s one heck of a mode.

So what’s your poison? Which Battlefield 1 do you prefer over all others? Are you still satisfied with vanilla Conquest, or do you prefer custom modes? Let us know!

Which Is Your Favourite Battlefield 1 Game Mode?

its Rush not Rust:)))))))) Operation i like Oil of the Empires sadly the noobs know only how to snipe 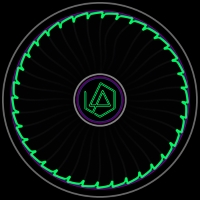 Operations comes first but if Rush has more room for players (ex. 48 or 64) then it would be Rush, Operations and Rush looks similar to each other in a way(ex. map change, retreat, team play necessity..etc) i tend to choose one of them mostly otherwise Hardcore type of available games and i avoid just plain Conquest cause it got me bored very quickly..

Dude it is all about domination. I love it!

Operations, it reminds of Red Orchestra/Rising Storm but without the strategy of choosing between attacking/defending or what map to pick. 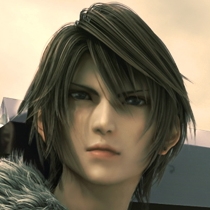 Otherwise it used to be Conquest and Rush before BF4 in BF3 and especially BF:BC2, but not anymore I guess. :/

The one where you don't have 60euro for a video game and you just watch youtube videos. 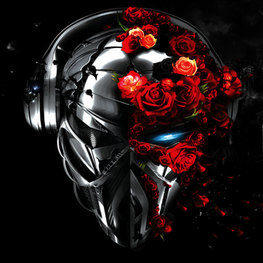 It was 35 on christmas

too much brah. That's a lot of money.

I've put it down for a while, but I had been mostly playing Conquest mode, occasionally Operations. I'd gotten into Standard Issue Rifles as a custom game mode, but there weren't enough servers running it, until I found the similar and officially-backed Back to Basics servers. I'm still just absolutely terrible at the game, though. My aim in BF1942, with the Engineer rifle on any faction (bolt action), was actually pretty good...but I'm awful in BF1 :( But I'd like to stick to the rifles-only modes if possible,

...because I'm sick of getting repeatedly hosed by one guy with a MP18 Trench or a Hellriegel.

Haven't played any other game mode than Conquest. Didn't even know there are so many :D. To me, Battlefield is just the 32v32 capture the flag.

Operations was my favorite until Back to Basics came arround, sadly there aren't many people playing it right now

Conquest and Operations. Sometimes if im in the mood I will do HC Conquest. Not a fan of Battlefields TDM.

Side note - im guessing "Rust" is supposed to say "Rush"?