I have to admit I was a little bit confused when I saw Ultimate Marvel vs Capcom 3 surface on Steam. I wasn't keeping close tabs on the series and as far as I was aware this game launched six years ago. And besides, Marvel vs Capcom Infinite is just around the corner. It turns out that this particular version of MvC 3 didn't launch on PC all those years ago but Capcom has finally seen fit to give it to us now. In terms of fighting games this is right up there with the best of them, featuring an untouchable roster of superheroes and Street Fighter favourites.

If you want to ensure you can max Ultimate MvC 3 out at 1080p / 60 frames per second however then you probably need to be hitting the recommended specs. Any DirectX 11-capable graphics card should do the job, provided it's got at least 1GB of VRAM.

Nothing else should pose too much of a problem, everything about Ultimate Marvel versus Capcom 3's system requirements is geared towards the low-end. Marvel vs Capcom Infinite however is probably a totally different story.

This game should have at least direct x 11

Well looks like you're only able to play it on high settings and not on ultra :P 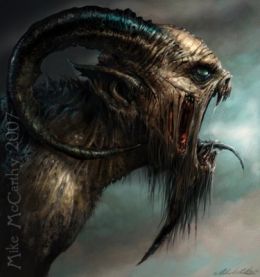 lets hope i can run this haha
im tired of those old games :(

You're beyond on the CPU part but for your mobile intel hd 3000 forget about it.

Yeah boy!!! a little bit higher than SFIV remembering that there are 6 character in one fight, more processing power should recommended, but nice to see good old PS3 port requirement like a low end PC today. Good news PC may can get more visual tweak than console that we've been waiting for so long.

I hope they give native resolution options. I want to give this game the 1440p test

I'm thinking it could probably run on much less GPU wise, it doesn't really seem to do any on the fly 3D rendering.... the CG models all seem like pre-rendered models on a 2D plane with tons of parallax scrolling(kinda like the old SNES Killer Instinct game), this should theoretically even run on integrated GPUs.

For graphics like the Intel HD series i would assume that the HD 4000 could be playable on low settings more or less.

at least i can run it

You can but would mainly be low/medium settings unless you buy something like the GTX 460 on ebay for like 30-40$ then you would be playing on high.