Clockwork football. Every year we get another version of Fifa (and PES).

After mastering last years updates you ask yourself, will they make it better or worse? Do I miss a year or get the full priced update? Well you can have a blast on the demo tomorrow...

This year, once again, Fifa promised renewal so this is your chance to test it out.

EA sports will launch a European demo and you can download it from the Xbox live store on 11th September. The Playstation 3 owners will have to wait another day. The PC version will also be released between these days. EA announced on twitter which teams will be present in the demo. Just like the PES demo there is only a few amount of teams where you can play around with, but it should be enough to feel the new gameplay.

The teams include: AC Milan, Arsenal, Dortmund, Juventus and Manchester City. The football season has long started in most countries, so it's high time the demo got released. Most gamers have the opinion that Fifa sits on the throne and no football game get's close to it. There are however still a lot of PES fans so they must deliver or they will give their rivals a chance to grow.

i've downloaded fifa 13 demo from origin...but unable to install.would anyone please tell me how to install....and please mention the name of file?as .exe file is there when clicked it says fifa 13 is not installed and it takes me to origin page

you must install it from origin, if the install does not launch then press download he will scan files if there is something missing it will be dow,loaded or the game will be installed

I'm more toward PES2013 after try the first demo on pc..play fifa regularly since 2010 but who know,maybe i get both later..huhuh

Can I download the demo from south africa or will I have to wait until the 28th. Even though I dnt get the demo it doesn't matter bcos fifa neve dissapoints and hope it will be easier to mark players and better interception

Tried today, was very impressed. Only problem is, the stuttering i got in fifa 12, I remember the way to fix it is to edit one of the config and setting files, appears to be a problem they acknowledged it being a un-supported graphics cards issue, however fifa 12 demo it did not occur, but did in the full game, so hopefully for my sake, its the other way round this time :) 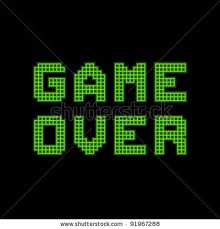 Yay, cant believe iam gettin this on the release date its gonna b sooo kwl :3

i tried the demo but this year i will definitly play pes13, fifa13 did not live up to my expctations

pes has robot gameplay and alien's faces ,, fifa is the best soccer game !

The only thing I wait from the new FIFA is realistic difficult opponents. I'm talking about singleplayer off course. I want deep strategies to be required in order to beat other clubs. 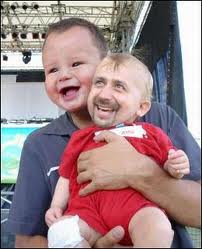 pes always in my heart fifa suck my D*^k

I understand your love to PES, it is truly a masterpiece but you should show your love towards PES in more subtle words like " I believe PES is the more complex and refined game while FIFA has yet to receive that level of pure fun" .
Of course words should be altered by you get my drift; ) 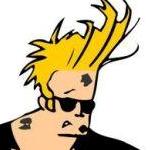 Im not a big fan of any sport but ill be sure to check out its multiplayer, nothing is more satisfying then beating your friend 3-0 with the worst team in the game.

I have some skills in FIFA but I am not that good, although at leat one of the would be with my goal keeper and a goal with goal keeper is worth millions=)

a goal with goal keeper,, huufff,, I gotta learn something like that... O_o