By now I suspect a large number of you have played For Honor and if you haven’t it’s in Open Beta this weekend so there’s no reason not to give it a go. Like you I’ve spent a good few hours slaughtering those pesky chivalrous knights, however it did leave me with a little bit of a conundrum for when the game actually launches - Mouse & keyboard or Gamepad?

The trusty mouse and keyboard is of course a mainstay of PC gaming. The typical keyboard comes with over 100 keys, seemingly making it the ultimate choice for customisation. In theory things which take several button presses to achieve on a gamepad could be mapped to a single key on a keyboard. However the humble keyboard was ultimately designed for typing on rather than killing samurai. It’s certainly functional but I wouldn’t exactly call it the ultimate solution.

Being a third-person action game For Honor isn’t designed to make use of the key advantages of M&KB, notably the greater degree of precision and number of input methods, so it didn’t take long for me to begin to see the weakness in a M&KB setup in For Honor.

Switching up to a gamepad felt a whole lot more natural and certainly made the 1v1 fighting much easier to handle. I could get parries in marginally quicker and I just felt as if I had a little more control. I was sacrificing more precise camera movement yet I find this is seldom an issue anyway in For Honor. One other issue I did find was that dodging with X on the PS4 controller while attempting to manage parries was very tricky; a non-issue on PC.

It’s evident there’s pros and cons to going both keyboard and mouse in For Honor, so which are you going to end up using? And what do you think the high level players will favour? Let us know!

Which control method do you prefer in For Honor?

Tried with the keyboard so far. Will try to pair my controller to it as well.

I haven't played For Honor, however, I will chip in:
The Mouse and Keyboard are amazing tools for most game genres. However, when it comes to action games such as God Eater, Dark Souls etc. I always opt for a Gamepad. They're simply not designed to be played with a KB+M. The button layouts are often appalling and not economic (I'm looking at you Dark Souls 3).

Wow, I'm honestly surprised that KB+Mouse got voted... I mean don't get me wrong I play most games with KB+M but this one oh my, let's just say I would not play it for more than 10min if there wasn't controller support on pc...

i feel the mouse+kb to be actually pretty good, havent tried gamepad tho

Trust me its a lot better 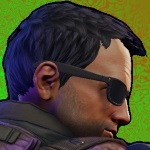 I'm a Keyboard and Mouse whore so, I rather a lot more the Keyboard+Mouse than a controller.
Purely easy to play with. I suppose both are easy. 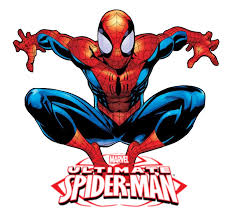 tried both but got used to KB+mouse. the game is good,like it

Game is much easier with Controller, obviously made for consoles.

As Im nearly purely (racing is the exception) a KB/Mouse player - its frustrating, especially this opponent focus ...

I'm better with mouse and keyboard, because it's easier, but I prefer a controller.

The game is just made for a controller, only reason why there is a KB+M support is cause it's a PC game too, people would complain if a PC game didn't have support.

I know, i played them all, that's the game which made me buy the freakin controller.

I think either way is fine, you just have to get used to it.