Up For Debate - Are You Enjoying the Ghost Recon Wildlands Open Beta?

On the one side you’ve got those who love the tactical realism of Ghost Recon and Recon 2, while on the other you’ve got the tactics-lite explosive action of the Advanced Warfighter series. Both are drastically different approaches to Ghost Recon which makes pinning down what Ghost Recon actually is a tricky process.

In truth Ghost Recon Wildlands sits somewhere between the two. It’s borrowing the open-ended approach and large environments of Ghost Recon and twinning it with the over-the-top bombast of GRAW. Inevitably this means die-hard fans of both types of Ghost Recon hate it, although there is still much to love about GR Wildlands.

Having sunk some extensive time into Wildlands, pointing out a list of flaws is easy. This is by no means a perfect game. The AI is terrible. Gunplay doesn’t have the oomph you’d expect (chainguns sound like a rasping fart), vehicles handle like they’re on an ice rink. There’s a lack of diversity in the missions we’re being offered. The story is all kinds of awful, and the chatter between squad mates is enough to make your ears bleed. But despite all this, I’d be lying if I said I wasn’t having fun. I might be having fun at the expense of the game, but I’m having fun all the same.

Ghost Recon Wildlands elevates itself from tedious in single-player to raucous in multiplayer. Dodgy physics systems combine with a veritable toolbox of gadgets to create a sandpit of destruction. It hardy leads to the stealthiest of approaches but bombarding enemy encampments with mortars while a squadmate hightails in on a motorbike will never cease to amuse me. Neither will rounding up a field of cows onto a waiting landmine. My girlfriend said she’d never heard as dirty a laugh erupt from me as when I laid a deadly explosive trap for a teammate.

Yet for all that I’ve enjoyed it, the flaws are obvious. Ghost Recon Wildlands is a Ubisoft game through and through, make no bones about it. There’s heaps of unlockables, a mighty checklist of objectives to work through, and a general sense you’re just watching a percentage tick up rather than have a genuine impact on the world around you. It’s also racked with bugs. The physics glitches provide a great source of amusement but I’m not entirely sure that’s the mood Ubisoft was aiming for with its ultra-serious shooter.

Which side of the fence do you fall on? Are you still planning to buy Ghost Recon Wildlands? Let us know!

How would you rate the Ghost Recon Wildlands beta out of 10?

feels like im playing battfield vietnam i gave it 20 mins

I tried it, but the 23 fps on any setting was appalling. So I deleted it.

Those who give it low scores DON'T KNOW HOW TO PLAY THE GAME. It's like: I give you a car, then you don't use it for driving, instead, you try to fry eggs on it. It will work, but you won't like it cause w/ any other tools made for that purpose it's much easier to do. You'll give it 2/10. GR:W is a good game. The game design's very good. You can play CoD in it, of course, cause you can sprint, but it's not that game. Try to watch into the game, and you'll see what im sayin...

Sorry for dbl posting :(
Also, it's not BF, not Arma, not CoD, not R6. It's ghost recon, based on the modified version of far cry games, the way I see it. Just look at this topic subjectively, and make a general conclusion: is it a good game for those who love these kinda game? Yes.
I think the question of this post is if you're enjoying the game itself (which is only available through Beta atm), not "do you love/hate this kind of games?". C'mon ppl... :(

well i dont like it at all,its just that kind of a boring game where u have to kill NPCs i mean cmon :) second i bet its again a Peer to Peer game when u play in co op :)
so will i invest my money in it? No... ill rather go with Battlefield Premium or get Mass Effect cuz i know Ubisoft will **** it up like they did the Division
the game is a 2/10 Noob NPC Shooter

game needs to be better optimized. High end cards cant sustain 60fps and yet it does not show graphics that have never been seen. It so strange since other ubi games were pretty good optimized lately - steep /for honor etc. 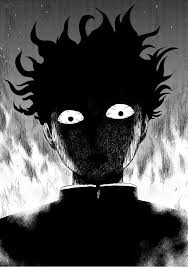 cmon people.. its not that bad :/ even if you ddnt like it,,
it still works.. only games that are outirght broken should be rated that low,,

It could be that the most of the players are toxic or maybe filled with trolls and hacker. I don't think it's all about optimization in online game :/

it runs not well for most of the people. It does not look that good for how bad it runs. Shooting mechanics feel odd as driving. Tom Clancy`s throw your car down a cliff and drive off as nothing happened deepness in terms of realistic/tactical/open world shooter - just face it, it is a worse GTA online.

I agree, this game is functional, unlike Assassins Creed Unity on launch, it doesn't deserve a score lower than 5 in my opinion, its a "meh", rather than "complete garbage".

Alright, you may disagree with me. First problem is EasyAntiCheat that run constantly in the background, scouting your running process, even after you close the game (privacy issues, remember Watch Dogs 2?). They should have a better ways to prevent cheaters. Also I got performance issues: slow loading (I'm using Evo 850 SSD) and texture pop out (GTX 1060M). Gameplay? Meh.

it is an open beta, anyone can participate in it.

What I thought you needed to apply and recieve an invitation? Whoops! XD

mehh, After playing the beta I just went back to Arma 3 Scenario modes from workshop with friends. It is practically the same thing in truth and I actually get higher fps than this game

A good game overall, but with a lot of annoyances. Even moreso becasue all they need is tweaks, no major revamps required. Tweak the driving, the cover system, the gunplay, the mission design and actual get into it gameplay is fantastic. Especially on Realistic difficulty.

The game NEEDS to be delayed, but they won't(I'm guessing after all the backlash they get for delaying). So I'll probably wait a few months(gimme some time to finish up a bunch of games), and get it after it's received the patches it needs

I would say 8/10 due to lack of content, some bugs and lack of variety. Otherwise it's amazing and it's good that you can have many playstyles in the game, IF you want you can be completly stealthy, you can be tactical and you can be all guns blazing and it works. This IMO is a great thing for an open world game, as open world games are about FREEDOM and CHOICE.

Well, I agree with you dude, very good game design. Driving is "adaptable" i think, especially biking is very immersive. Everyone who loves far cry games - not because of the animals, or story or whatever but because of the way it's made and the way it makes you feel like you are in an open world, so in other words: because of the structure of the game, the game design - should try it. And optimization is not terrible. Not even bad in my opinion, just not good.

tbh i was quite surprised its not the greatest and i think its strength is playing it through co-op however it is far better than i was expecting when i played it and i can say i actually enjoyed whilst doing so, which leads me to actually thinking about purchasing it (not preordering)

my estimation of this game was simply starting with the taste left over from the division which is one game in quite a while i can fully say i just didnt enjoy playing it, right wrong who knows but ubisoft hasnt half arsed it this time and could maybe revive themselves

It looks good, gameplay is average. Crashed on me a couple times, probably an sli issue. Might pick it up at some point but i'm not exactly hyped to go and pay full price.

Next time a teacher asks me to do a slide-show presentation I'll just send her a copy of the game.

It can't be that bad on a 770 I wouldn't think.... don't try to run Ultra unless you turn the textures down 1 notch, ultra preset uses more than 4GB VRAM, so any card with 4GB or less is not gonna do well.

I played at low-mid settings, only textures and anti-strophic filtering was set to high because of the 4gb I can take advantage of. The fps varied between 30 and 55 AND GOD, DID IT STUTTER AND LAG. The graphics looked awful on mid settings and the stutter made the game unplayable, and I didnt even get to the explosions

I didn't enjoy it, its not polished enough, AI is stupidly stupid, usually forming a line rather than a formation, to engage you if you are out of range, gunplay is boring, gun sounds are weak, too silent even with silencer off, graphics looks terrible not enough to justify requirements, not to mention lots of graphical glitches, disappearing terrain, Driving control is not great, it doesn't give you enough control, so usually when your driving besides a cliff at a moderate speed, its easy to drive of the cliff, its barely playable on solo, and the gameplay doesn't feel smooth and dynamic, so Its gonna be a skip for me.
I rate it a 5 on solo, and a 6 for multi, none of my friends enjoyed it too, we more enjoyed joking with each other than playing the actual game, most common complaint my friends had was that the game feels too clunky.