Up For Debate - Do You Play Any Retro Games?

For legions of gamers, there’s nothing better than getting stuck into some golden oldies. Retro greats might be written into history textbooks but they're still a huge part of gaming today. Some have changed the face of gaming forever, while plenty of older games are still legitimately awesome to play, decades after their original release.

There’s a handful of reasons why retro gaming is so popular. The first, and I think the easiest for most of us to connect with, is it’s a chance to play games we played in our youth. It’s an opportunity to slam the rose tinted spectacles on our face and convince ourselves all over again that Aladdin on the SNES really was one of the best games ever. It can be nice just flicking through these classics and remembering when you first played them.

Another subsect of retro gamers do it for the sheer love of older games. You don’t need to have played these classics years ago to love them now, and there’s plenty that still stand up to the test of time. Tot up all the platforms and you’re looking at thousands upon thousands of great games which are worth anyone’s time, no matter how ancient the visuals may look.

Finally there’s a (likely much smaller) subsect who do it purely to brush up on their gaming history. Playing a terrible game purely to see how it influenced what came after. They’re just as likely to play Super 3D Noah’s Ark as they are DOOM. The bonus is that it’s never been easier to check out these important chapters of gaming history, whether that be Spacewar!, Wolfenstein 3D, Alone in the Dark, Super Mario Bros, or heaps of others.

The benefit to doing all this on PC of course is that practically nothing is off-limits. PC has no strictly defined generations so you can play just about anything that has ever come to the platform. Even better, PC gamers can potentially play titles from just about any platform that has ever been, provided you’re okay with skirting around the greyer edges of the law, that is. The world of emulators and ROMs is a murky one. We won’t go into detail here but there’s still a case to be made that it’s vital for game preservation and, in the case of many titles, the only way you can even play some of these games these days. Without emulators many titles would just be lost in the ether. I think it’s safe to say that’s a far better option than keeping heaps of old consoles lying right, gathering dust, before occasionally going through the rigamarole of hooking them to a dodgy CRT TV.

Anyway I bring all this up because I got hold of a NES Mini a few months pack and I've been busy playing a whole bunch of games from my youth. Some have lost their somewhat but there's a good dozen or so on there that are every bit as good as games coming out. The old adage 'gameplay is king' has never rung truer.

So how much retro gaming do you get done? How old does something have to be before you consider it retro?

Do you often play retro games?

Those are the top three, but I also sometimes play various games on my PS1, Megadrive and Mega CD. I only use emulation for arcade games such as Alien vs Predator (Capcom brawler). 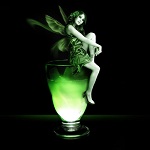 I hope to see one more game like SWOS, I play that 20 years old game often. There's even a fan created data update for that soccer game for this year.

I and my seven years old daughter play nes and arcade games. We really love nes games. I still have the nes console operational. I find these old games more fun that some of the news games.

I still rock the original 3 Mario party games and they are still fun to this day.

Of course. Though I've found a lot of the games I used to be a master at, I am completely dreadful at now.

Hell I just finished up a run of the original Legend of Zelda before BotW.

I actually bought a used PC for 50 USD to put into my living room for just this purpose. It was such a good deal. I've got a NES controller, and a N64 controller with adapters that I can hook to the computer.

Yes i play old games sometimes, my most favorite game is Front Mission 3.

I still have my Old Nes and N64 with some of the best classic game and I play them from time to time. I regret selling my PS1 though should have kept it...

Just get a Raspberry Pi 3 with Retro Pi and a PS3 controller and you will get the same feeling again :P

I have a partition dedicated to older games, with a lot of classics like 3Xtreme, Brave fencer Musashi, SOR2, Spiderman vs Kingpin, Metal Gear solid, every RE game, so yea I play retro games when not playing newer games.

The only retro i played was maybe 5 years ago, i played mario kart on the SNES.

I play retro games quite often. In fact I have been on a Might and Magic 6: The Mandate of Heaven binge for a few weeks now. Loving every minute of it. I also have several old consoles, but I normally just use emulators for those games.

Never play them but I do often think about them, and how much fun I had as a kid. First console I've ever owned was the N64, not sure if that would count as retro, but it was certainly memorable times! I remember I use to fake sick to get out of going to school to play Super Smash Bros quiet often.

I own many consoles. I love to play games like Sonic 2 or Super Metroid. Link to the past is one of the best games. Retro games are special. I think an Emulator can't give you the same feeling as putting a cartridge in your console.

As someone who's been a gamer since the Atari 2600 days, I'll agree that emulation can't completely reproduce the feeling of playing on the actual hardware, but for many of us, it's close enough.... not everyone has the space for a console collection, and could you imagine if a person was into arcade games? You'd need an entire warehouse! For some, emulation is just the best answer.

Sure, some arcade games can just be emulated and I totally understand that many people haven't the room or money for all consoles but Iam only speaking for myself. I can't imagine playing Metroid or Zelda on an emulator. It's just wrong :D

I get ya.... I'd love to collect retro consoles and home computers...and actually had a small collection for a while... but the need for more space and less clutter eventually won out.