In quite a strange turn of events we've already got the official Middle-Earth: Shadow of War system requirements. This time yesterday we didn't even know it existed, then Warner Bros announced it at lunch, and here we are now with the PC specs you'll need to play the Mordor sequel. Considering Shadow of War is being announced less than six months before its launch, I can only presume development is almost finished and they're holding out for a quiet period to launch. So no more rambling, here's the (fairly demanding) system requirements you're going to need to play Middle-Earth: Shadow of War on PC.

I think the main thing to point out is there CPU demands for Shadow of War. Ouch. You're going to need some top-tier hardware in order to see it looking its finest. An AMD FX-8350 or Intel Core i7-3770 are recommended which, while old, are both powerful processors. A lot of this is probably down to the much larger battles which are promised to feature in Shadow of War, featuring dozens of troops and systemically generated fortresses based on your gameplay actions.

The minimum specs for Shadow of War aren't a system killer, but ultimately this is a game which is slightly more demanding than Mass Effect Andromeda, and way beyond the original Shadow of Mordor, which had a GTX 660 as the recommended graphics card.

As such we can expect a major visual overhaul. The PlayStation 3 and Xbox 360 will no longer be holding it back, so odds are Shadow of War is going to look incredible. Because the LithTech engine is proprietary we haven't actually seen any other games take advantage of the latest version, so the jury's out on what's in store.

Looking at the recommended specs I think we can safely assume that's going to get decent frame rates at high settings on both 1080p and 1440p, however if Shadow of War is anything like Shadow of Mordor, expect it be a serious VRAM hog. While an RX 480 4GB and a GTX 970 are recommended, expect much stronger performance from the RX 480 8GB and the GTX 1060.

The engine of this game is the same engine of Middle-Earth: Shadow of Mordor or not ?

So if sli is supported how good will my pc run this game at 1080p? 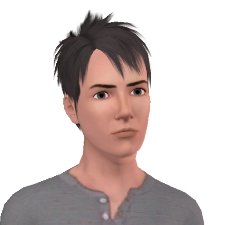 the System requirements might yet change seeing as the game isn't out for another 6 months :)

Exactly what i was thinking. They probably will not change it officially since I think the 480/1060 will still run it fine. Its going to be a less extreme version of how the 770 was recommended for witcher3.

hmm 770 i had a 760 once til packed up on me, I've long since upgraded to a 970 .. minimum requirements are not bad thought, maybe just maybe low settings will be look like ultra in witcher 3

Annoying how the console pre-order is available but not the PC version...

You can pre-order off Steam :)

I want a physical copy :) .. not some stupid digital version so the developer can save money.

Yup, time to buy more RAM for me.

I'm speculating that theyre upping the RAM reqt hopefully because they are optimizing the game to be able to utilize system RAM to help VRAM in holding textures. Hence they recommend "just" 4gb of vram -- even though this is the sequel to the game that set the bar for vram reqts. 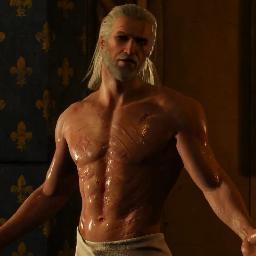 There might be a better GPU to buy before then bud :)

Thank god for the upgrade.

I think God has little to do with the amount of $$ you spent :D

As long as i get high/ultra setup at 1080p and easily maintain 60fps as I should with my current build, then we have no problems.

I think you should be fine

GD is mainly a PC community, we like this sort of information, just because something doesn't interest you doesn't necessarily apply to everyone else.

Basically my GTX 960 is gonna be obsolete by the end of the year if this keeps up. Time to seriously consider the GTX 1080Ti.

I get what you are saying bud. But I love my 960, it has served me well... I got it for a good price with a free game and by the end of this year the 960 wld have been out for 3yrs. And people were saying it was obsolete when it was released.

Damn time to upgrade my RAM to 16gb. 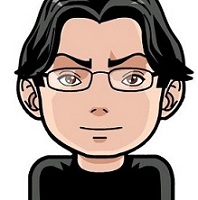 u can alse play in 8gb ram

I want to thank the person that leaked this game to the public. I hope he (or she) still has a job :)

It was Target, not a person.

but still theres's a person in target that leaked it... duhh..

Yeah it was probably a simple admin error. I doubt anyone would lose their job, WB Games doesn't hold that much sway over a huge retailer like Target

Two things.
I wonder whether AMD will again have a decided advantage over NVidia for the sequel.
And I'm predicting higher recommended gpu reqts by the time the game is actually released.

If the game is also releasing on PS4/X1 unlikely unless its poorly optimized. Recommended makes sense for 1080p/60fps on HIGH settings.

I kind of agree. I was thinking ultra.
And even on high I think youd need to tweak. On ROT Tomb Raider, for example, Ive seen the 480 drop a few frames below 60 on HIGH. And this is a game that wld be almost 2 yrs old by the time this is released.

Still no directx 12 or vulkan. It would be nice if they would adapt the new apis more often.

Damn now I gotta go finish the dlc for the first game. Don't know why I never did.