Nier: Automata is out on March 17th for PC, Here are the Full System Requirements

Square Enix has been teasing us these last few months, but at long last it has confirmed Nier Automata will be coming to PC very soon indeed. In fact, after rumours of a lengthy delay it turns out we'll only have to wait an additional week compared to our console brethren. Nier Automata is out on March 17th for PC worldwide, and here's the official Nier Automata PC system requirements.

Take a brief look at any Nier Automata gameplay vids and you'll see this is by no means a technically ambitious game. It fact it  probably wouldn't look too out of place on the previous generation of consoles. What it does have in its favour on PS4 and Xbox One is that it's designed to run at a rock solid 60 frames per second in order to provide Platinum's signature smooth action gameplay.

PlatinumGames deeming 60 FPS as the absolute minimum FPS for Nier Automata is probably the only thing which can justify these lofty system requirements. If a Radeon R9 270X can't tear through this I'll eat my hat.

CPU demands are where Nier Automata is most lenient. You'll only a require a pretty old, relatively low-end dual core processor to play it, ensuring just about every modern PC should be able to meet the CPU requirements.

Where things take a notch up are the graphics card requirements for Nier 2. Like for like this is actually a more demanding game than Battlefield 1, which either speaks wonders for DICE's achievements or the exact opposite for PlatinumGames. I prefer to think it sits somewhere in the middle, that you can in fact get Nier Automata running on weaker systems, such as GTX 660 2GB. There's also a wide disparity in the recommended graphics cards. The GeForce GTX 980 is a big step above the Radeon R9 380X 4GB. A more reasonable match-up would be the GeForce GTX 970, provided it isn't hamstrung but its 0.5GB of slower VRAM.

Woohoo, it's really finally released on early 2017, but not in steam store yet, I was curious about the DRM (Denuvo) thingy and it's worried me a bit...

My bad, it isn't available on my region or country (yet)...

I hope i can match or at least come close to the visuals and performance level of the PS4. Dunno if the requirements or bloated or it's gonna be a garbage port

Even this game's created by Platinum games, I wondering about future FFXV port which Tabata said no PC powerful enough to run it now, the requirement might be more higher than this. Square has it rough though...

No PC powerful enough to handle FF15? Did he say why exactly? Sounds like a load of unoptimized BS to me. If it were true consoles wouldn't have it. The difference between the console and PC version would have to be astronomical

this is either horribly optimized/ a garbage port,or it has such good graphics that you'll need to take a shower after playing it. but for some reason i think the first seems more probable
i honestly wouldn't be surprised of i could run it maxed on 900p (or even 1080)

Source: I used to own 750Ti from Palit

If you can achieve 60fps with a GTX770 or R9 270X then I suppose this is alright, but if they are seriously thinking you need a bloody GTX 980 for that game (which barely looks any better than last gen games) to achieve 60fps then expect terrible sales (if any at all).

You'd be hard pressed to find good optimization on console ports, even when nixxes is involved.

I thought the same thing? 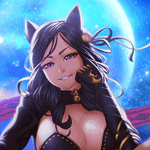