Check Out Over 16 Minutes of Middle-Earth: Shadow of War Gameplay as Talion Storms Orc Fort

Right on cue, Warner Bros and Monolith have showcased the gameplay reveal of Middle-Earth: Shadow of War. Hats off to them as well because when they say gameplay they really mean it. This is more than 16 minutes of uninterrupted footage showing Talion swarming a huge orc fort with his own orc army and going toe-to-toe with a flamethrowing chieftain. Stick the kettle on, make a brew, and settle down.

The centrepiece of the whole video is the reintroduction of the Nemesis System to Shadow of War. The next-gen iteration of Nemesis adds Orc fortresses into the mix. As chieftains and warlords get more powerful, so too do their fort defenses. Somehow Talion and Celebrimbor must find a way inside these gigantic fortresses and hunt down the orc lords inside.

In this particular slice of gameplay, an assault is being led on Seregost, with a number of higher-up orcs waiting inside. Talion leads the assault with what looks to be dozens upon dozens of ground troops, certainly far in excess of any battles seen in Shadow of Mordor. It all caps off with a spectacular boss battle.

What a turnaround. This time last week Shadow of War was still a rumour. Now we’ve seen a cinematic and over 16 minutes of gameplay. We’ve also got the official Middle-Earth: Shadow of War PC system requirements. Monolith is going full steam ahead for that August 25th launch on PC, PlayStation 4, Xbox One and Xbox Scorpio.

How do you like Monolith's expansion of the Nemesis system? Are there enough tweaks and changes to get you coming back for a sequel? Let us know!

I'm sure the real thing won't be that easy (or at least not easy to master) - if it were, then people would get bored with it too quickly

Wow, this is looking so cool. Played the first one on pc, going to play this one on pc as well.
Looks like even more fun than the first one, and I like that they further developed the nemesis system.

Is the dragon mind-controlled? Would be great if you can exploit large beasts

off topic.... Does anyone know the name of the thing that is underneath a keyboard? That allows it to elevate the keyboard..

If you are talking about these...
https://i.ytimg.com/vi/zDlOjkwqyK4/maxresdefault.jpg
They are called kickstands. 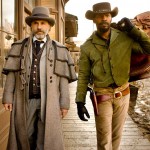 Anyone got new underwear? Mine has some ''Butters creamy goo'' in it...

i havent played the first one. now its the time.

The good part of this is how dynamic the events looks. They certainly added many rpg elements and expanded on their previous system that was so successful in Shadow of Mordor. I am really looking forward to how it develops to the ultimate quest of reaching Sauron/Mordor. I am worried though if it might get repetitive unless they opt to add a multitude of cutscenes and variations.

Mother, of, God. This game, the animations, the fluidity of combat, the Nemesis 2.0 system, the sieges... Incoming Game of the Year! Season Pass? Damn right I'll get it.

A bit disappointed the graphic still looks like the first one, I was looking for some improvement there (yeah, it's still in alpha but who knows), but hey It's a sequel of good action LOTR game, still looking forward to this

A fantastic gameplay, a new nemesis system, amazing combat and incredible enemies executions... and the only thing you saw was ... the graphics? Really?

Well he didn't say it was the only thing he saw, and I kinda agree with him, it doesn't look that much different from the first one. He did state that it is a good action game and it really looks awesome imo

zzz it's alpha footage i am 99% sure that these are not the final graphics and would be updated.

This is the kind of game I think where all the changes are under the hood. The Nemesis system was already such a demanding system, last-gen consoles could not run it.

And this is an even more advanced version, with multiple levels of interactions, levels of events, and enough variety to make it possible. That's a lot of difficult, mathy, work.

Definitely gonna pick this one up, since I loved the Shadow Of Mordor.

Is this a new mount and blade game?

if it is not scripted then it will be awesome :) jumping on the hype train now

Hell yes! A third-person Star Wars game would be amazing, I can imagine using the force would be awesome