Up For Debate - Which Mass Effect Game is the Best?

We’re barrelling towards Mass Effect Andromeda’s launch at lightspeed right now. In fact, those willing to stump up cash for Origin Access can begin playing BioWare’s latest sci-fi this week. So with Andromeda on its way, what better way to get excited for it than ponder the highs and lows of the original Mass Effect trilogy.

For all the BioWare has done, the Mass Effect trilogy is its magnum opus. An epic sci-fi space opera that really is unparalleled in the world of videogames. What really gave it strong foundations was it being a trilogy by design. The story arc was in place and BioWare wasn’t winging it on the off-chance Mass Effect might get a sequel. It’s unlikely any other games would attempt the same thing in the current climate. What we ended up with was this huge arc from beginning to oh-so-controversial end.

Naturally enough, we all have our favourite Mass Effect games. Heck, some don’t even mind Mass Effect 3’s ending, myself included. Each of them brought something different to the table though.

At the time the original Mass Effect was fantastic, and it laid the groundwork for what was to come. The atmosphere was fantastic and could just feel BioWare building up to something special. It also still had more than a few nods to KOTOR before it went full-blown action.

Mass Effect 2, I suspect, is one of the more popular choices. Without the pressure of starting a story or bringing it to a close, BioWare was free to create one of the deepest choice-driven RPGs everyone. Mass Effect 2 is a strong contender and features some of the best character interaction we’ve ever seen.

Then there’s the thorny issue of Mass Effect 3. The ending is like Marmite, except you either hate it or you don’t really mind. Not many could put their hand on their heart and honest say they loved the curtain closer. Nevertheless Mass Effect 3 most definitely takes the gameplay-is-king crown. This is where all of BioWare’s work in action-RPG mechanics came together to form the most cohesive gameplay experience with frantic battles, split-second decisions and fantastic environments to explore.

So where do you stand in this thorny debate? Which is the best Mass Effect and why? Do you believe Mass Effect Andromeda will top it? Let us know!

Which is your favourite Mass Effect game?

In terms of gameplay, I'd say ME3 (love those exploding heads!), otherwise... its one game - not much difference in terms of story development pace - in fact, in all 3 games, it is distributed quite well, with enough content to explore each part of it.

As for the ending, I don't understand, why everyone gets upset over it - its a unique ending, that shows how complicated the main problem (the one the game is trying to explain to you) is and that it can not be fixed with a simple energy weapon - my favorite part was actually the ending, where everything is clear!

The ending was fitting. They created that godlike enemy and had to play along. In fact, the denial ending was my favorite.

Yes! Exactly! The green one was un-realistic (though kind of best, if it is indeed possible), the blue one was false and the red one did not solve anything, the denial one was pretty logical - the whole purpose of the reapers was to create a balance between organics ans AIs and since there is no clear solution yet... 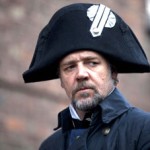 For me each Mass Effect has its own effect :

But together form a great story

I can't see them as separate games... i see only as Mass Effect Trilogy.

True, story-wise, I see the trilogy as a sum of its parts. There are some slight, to significant changes in gameplay throughout the trilogy, and some graphical upgrades, although as far as the design, artwork, and various other concepts go, they kept it all very consistent throughout the trilogy, which I think is awesome. Even the music was fairly consistent across the whole trilogy. The Dragon Age series was more inconsistent as far as character and world design goes, but for good reason. I really think it hit its design peak in DA:Inquisition.

I only played the third one, so I cant really participate in this debate. Gotta play both of the previous ones someday. In terms of graphics the older ones still look pretty good.

KOTOR 1 IS THE BEST! lol seriously though out of all 3 ME games 2 followed by 1 then last AND VERY LEAST 3 which felt incomplete to me.

The first one. The gameplay is unbalanced but for me, Mass Effect 1 = the best atmosphere, the best story, the best team and the best bad guy (Saren). ME 2 &3 were good but a little less appealing. The endings were disappointing.

ME2 had a lot going on in it, and if I had to choose, it's probably my favorite, but ME3 is close behind. I didn't hate ME3's ending. I didn't mind it, I guess, even in its original form, before the expanded version, although the expanded ending does feel a little better. ME3 hit me a little more emotionally, I think. I would liked to have seen Drew Karpyshyn's original vision for ME3 (continuing from ME2), but I still enjoyed it. Overall, though, ME2's complexities and characters put it on top, for me.

I didn't really mention ME1, sorry. Of course I played through it a number of times, but it's been so long ago...I really didn't play it much after ME2 came out. The gameplay in ME2 and 3 just felt better. Story-wise, though, I still enjoyed ME1. It was pretty groundbreaking for its time, I think. The series wouldn't exist without it. I keep hearing from the Bioware devs about how they want ME:Andromeda to fulfill the promises of ME1, I think they mean in terms of gameplay and exploration. I hope that's true.

First and third are on the same level for me. The combat in the first was actually harder than the other two, if I remember, because you actually needed better gear at some point.

heard that 2 was awesome but i only played 3 so i can only vote for 3 since it was amazing anyways :D

I actualy started with mass effect 2 which means my view is blinded by it. I mean it set such a huge bar that 3 and 1 couldnt fulfill that bar for me.

I love the entire trilogy, and while for me the 2nd part was the best, ME3 is a close second. A lot of people had issues with the final installment in the series, but for me, ME3 was a beautiful conclusion to a memorable journey.

Mass effect 1 is my favorite, but Mass Effect 2 is obviously better.

Mass Effect 2 was game I enjoyed the most out of 3.

Mass Effect 2 hands down although the scanning and probing of planets for resources was an annoying and tedious task playing the game more than once.

Well scanning the planets were a chore yes. But I liked how they had side missions and n7 missions for you to do when you did find an anomaly when scanning. Mass Effect 3 on the other hand made everything strictly scanning which was even worse than me2.

True but at least it wasn't scanning a planet for resources. :P

Mass Effect 2 will be my favourite mass effect, Mass Effect 1 did have the best original story and 3 had great gameplay. As cliche the plot was for 2. It was executed very well

It getting better in every series based on my experience. So yeah, the 3rd one is the peak. I don't mind the ending tho. It's acceptable for me.

Tbh I can't vote because every Mass effect game did something better than the others. Best gameplay and graphics? The 3rd one. Best story? The 2nd one. Best RPG elements? The first one. All 3 of them are solid games for their age.