Ahead of full reveal tonight, a Spanish retailer has leaked a heap of very legitimate looking new details of Destiny 2. This includes info on the story and what the limited and collector’s editions of Destiny 2 include. Oh, and the small matter of the official box art for Destiny 2 on PC.

According to the store listing (which has been translated from its original Spanish), Destiny 2 once more takes place in our own solar system. The last city on Earth has fallen to the invading alien forces. The Guardians are on the back foot, depleted and overwhelmed. Few civilians have survived. Players will trailer to all-new worlds within our solar system, discovering new weapons and combat abilities, all in an effort to fend off the Red Legion and their commander, Ghaul.

Now for the all-important Destiny 2 PC box art, which looks pretty legitimate. Again, this could easily be faked, but this has been provided to the leaker by a ‘popular retailer’, along with a fairly comprehensive amount of additional information on Destiny 2. 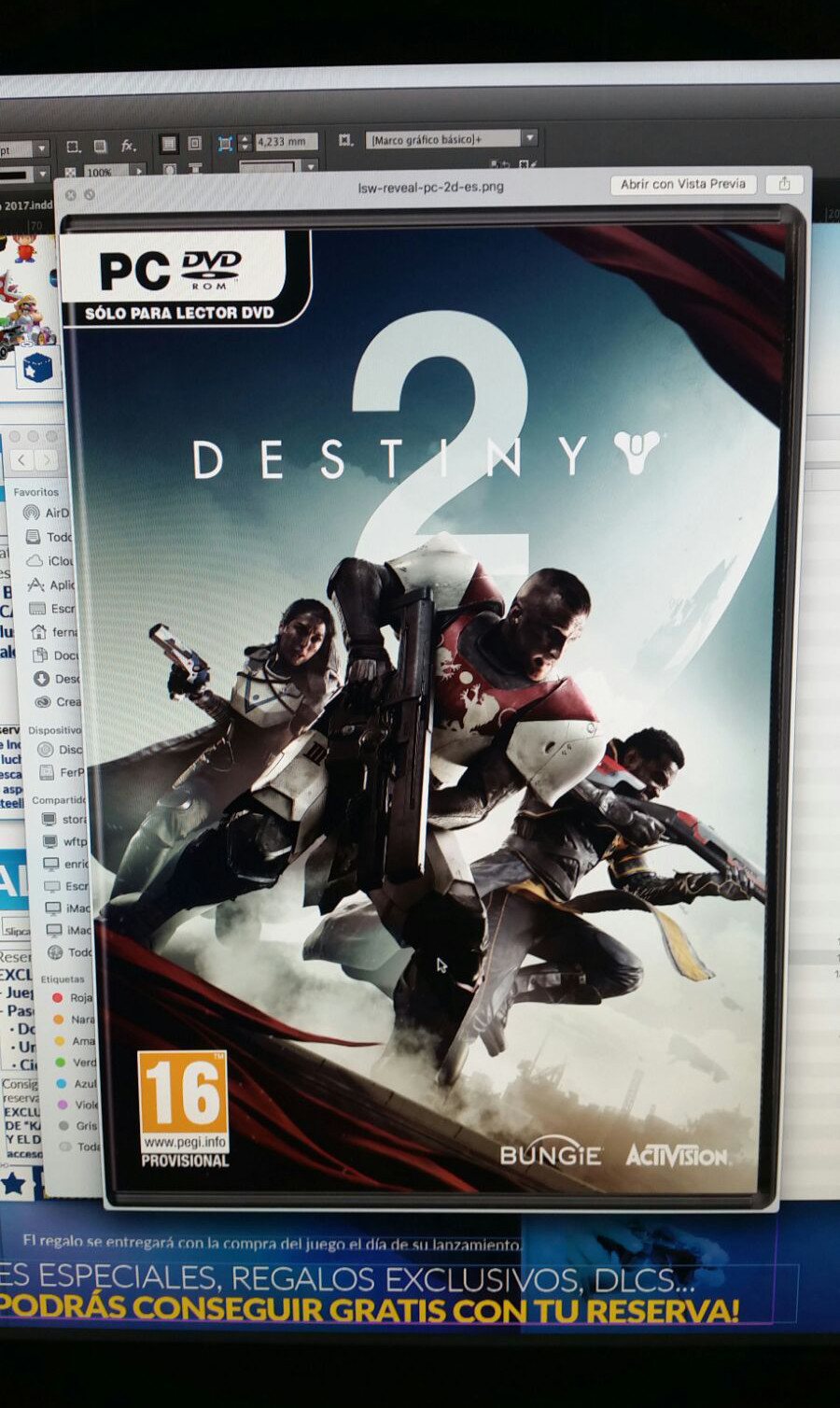 As for the different versions, there will be base game, Limited Edition and Collector’s Edition.

The Limited Edition of Destiny 2 includes the game, Destiny 2 Expansions I & 2, Steelbook, and a Premium Box with notebook, map, collectibles and ‘Pawns from the Empire’.

The Destiny 2 Collector’s Edition has all that as well as the Legendary Sword DLC, Legendary Emote DLC, Cabal Empire Emblem DLC, Frontier tote bag, Frontier kit with USB solar charge, a paracord, and a solar rug. No word on pricing for any of these editions just yet.

In addition, anyone who pre-orders Destiny 2 will gain early access to the beta. The Destiny II beta test will be available on PlayStation 4 first.

All the evidence is now pointing towards Destiny 2 on PC being the real deal. We'll find out for sure today at 6pm BST when the official unveiling happens. Keep your eyes peeled nearer the time.

I see photoshop in the back hahaha, just hope it's a real deal

So where can we watch this reveal stream?

uh....idk about that, we pc folk or at least me, haven't play the first one because it was console only, so why should we get excited for a sequel to a game that we clearly don't know anything about? story wise, and from what i've heard the

So I wonder if it'll launch on Steam or if Bungie is planning to make their own client for the game? Also, I really hope they have a party chat box and world chat in whatever the new sanctuary will be. That would help so much with LFG.

Best news Iv'e woken up to in months !!!
Can not wait for this !

It would guess it's closed and then rolls into open, and all platforms would be a sensible idea on Bungie's part.