Bulletstorm: Full Clip Edition is the Batman of the gaming world It’s the game we deserve, not the game we need. In fact, were it not for the original Bulletstorm being practically inaccessible on Games for Windows Live these days, I’d argue it’s totally pointless. Some people are also going to be irked by it shedding GFWL in favour of
Denuvo. Out of the frying pan and into the fire and all that. Regardless, People Can Fly has used the opportunity to remaster it somewhat, touching up the visuals slightly and improving lighting somewhat. But for $50, is the port any good? Let’s find out.

First of all, I should highlight that the available list of video options to tweak in Bulletstorm: Full Clip Edition on PC is abysmal. You can change the resolution, post process quality, texture quality, FPS cap and, well, that’s it. Oh, and tucked into the gameplay settings is an FOV slider. I suggest you crank this up from the default of 85 all the way up to the maximum of 100 if you don’t want your last meal to end up on your lap.

The good news is, Bulletstorm: Full Clip Edition runs great, which is just as well because there are practically no graphics settings to tweak in order to improve performance. It’s also exactly what we should expect from a 5 years old game given a bit of a spit and polish. This is no major makeover. It’s Bulletstorm just as know it, just with ever so slightly crisper visuals and free from the clutches of Games For Windows Live.

Overall Bulletstorm: Full Clip Edition looks visually average, and it’s certainly showing its age. Everything about it screams last gen. Still, I wouldn’t go so far as to call it ugly, and it some scenarios it can even look quite good. One major criticism I have with the visuals however is that the cut-scenes haven’t been remastered. They’re muddy and low resolution, and look awful for a $50 2017 game.

As for the performance, the MSI GeForce GTX 1060 Gaming X 6G tears it apart. We didn't do lower graphics presets because the limited options available had zero impact on performance, it ran fantastically on both Low and High. Even at 4K it never once dipped below 60 frames per second. Play at 1080p and it pulls in ridiculous frame rates. This could look fantastic if you’ve got a 144Hz G-Sync or FreeSync monitor. 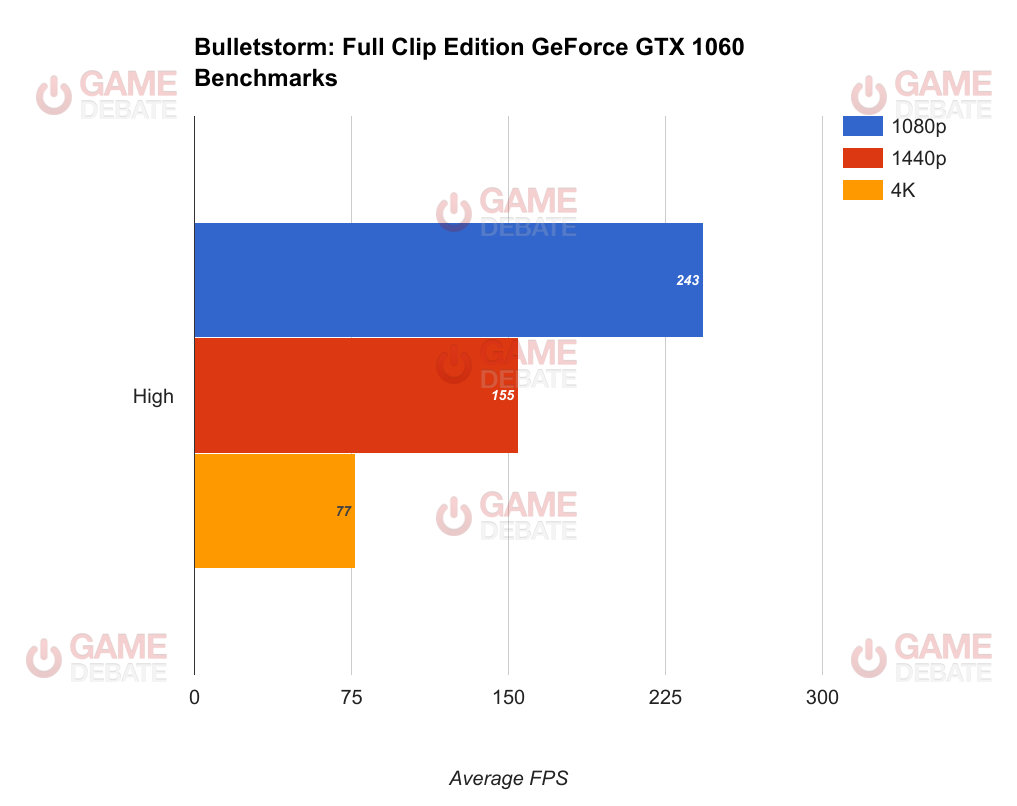 The actual difference between the Low and High graphics settings in Bulletstorm: Full Clip Edition isn't very apparent during gameplay. It's only the texture resolution which appears to be affected in any way. In order to notice the changes you do have to look really closely at a specific texture, as you can see in the second set of images. This is actually taken from a small sample portion of the image above, so you can just how small the impact when looking at textures from a distance.

Lastly, a quick callback to what I said earlier about low resolution cut scenes in Bulletstorm: Full Clip Edition. They do actually look really jarring with tons of artifacting that is more apparent while playing than in these screenshots. Still, you can see the image quality is markedly lower in the cut-scenes than during gameplay, which is a real disappointment for a remaster. 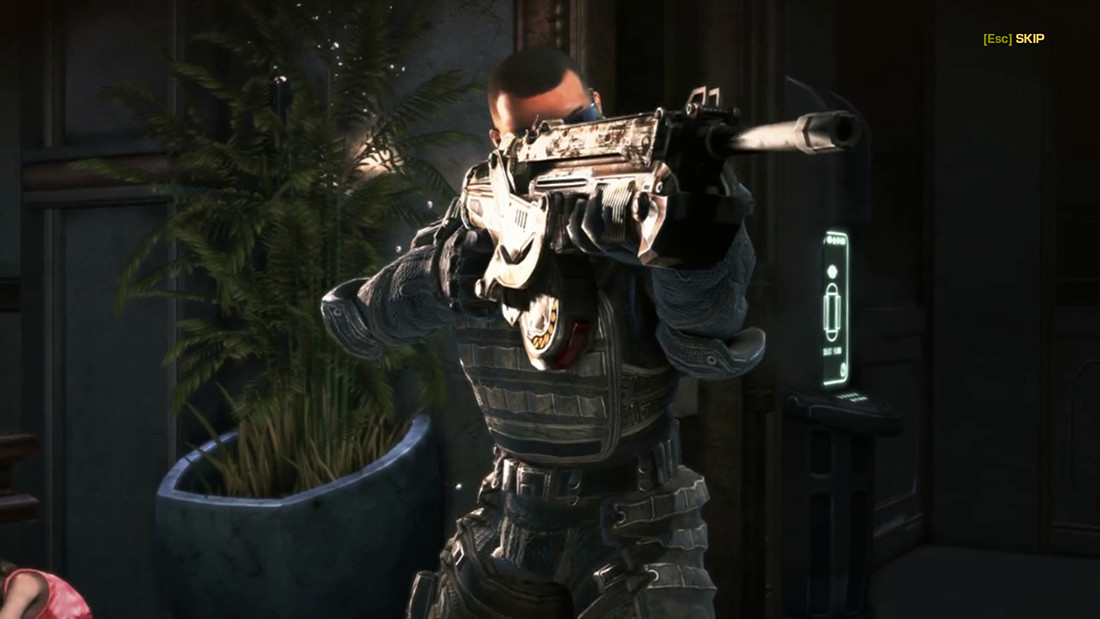 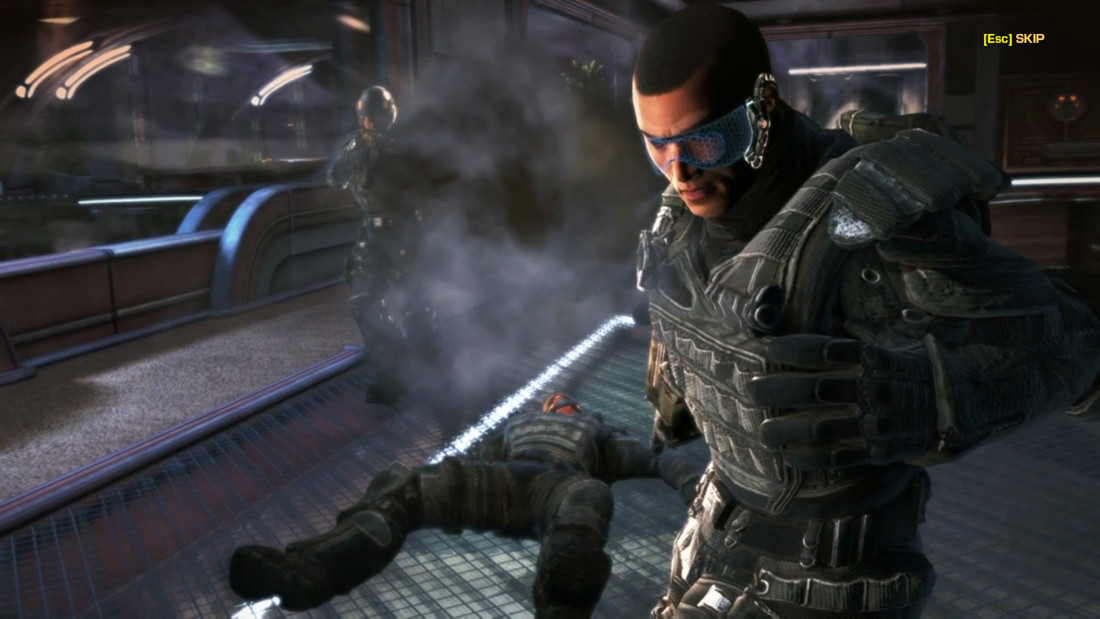 That's it for now, but we should have a final verdict on Bulletstorm: Full Clip Edition soon. In the meantime, let us know what you think of the remaster below!

Wait, so they're putting Denuvo on this? A remaster nobody asked for or wants?

They really don't want anybody to buy it.

If they didnt use denuvo this remaster wont priced like that, $50 for remastered game are a little too much i think

i think the low has got better lighting than ultra