Up For Debate - Which is Your Favourite Version of Microsoft Windows of All Time?

Over the years, few things have caused such fervent discussion among tech fans as Microsoft Windows. For a multi-billion dollar corporation it sure knows how to be inconsistent with its products. You’d think the logical approach would be to make each version better than the last, but that’s certainly not always been the case. We’ve all got our favourites, versions of Windows which we look back on with a degree of fondness.

Even Windows 95, which is archaic by today’s standards, gets a lot of nostalgic loving for its iconic looks and pleasingly simple interface. As our demands grew however, so did Windows, with Microsoft attempting to cram feature after feature into its operating system in an effort to compete with the twin threads of Mac OS and Linux.

Some would argue Microsoft has now peaked with Windows 10, offering a slick, responsive interface with great interconnectivity and a degree of simplicity which makes it friendly for new users. Of course it’s also home to the dreaded Windows Store, and a privacy nightmare, by default tracking your every move and winging the details home to Microsoft’s HQ.

So which of Microsoft’s main Windows operating systems have you loved over the years? Are you a fine of Windows 7’s exquisite approach? Or does nostalgia for Windows XP take over? Let us know!

hich is Your Favourite Version of Microsoft Windows of All Time? 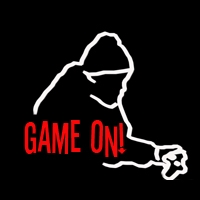 Windows 7...i think is the more stable OS now.But sadly we can't stop at one OS for years.

Actually yes we can. :)
In 2020 MS may drop official Win7 support, but most OEMs will wait with cutting cords for a while more. After then the most popular software like most internet browsers, will still be available for 7, just like today with XPs.
Additionally, WinXP was easy to ditch for most users as it's 64bit variant never took off, and 32bits couldn't fulfill the demands of most systems. Win7 has perfect 64bit support, so apart from "dropping OEM support", there's no real reason to update/downgrade to Win10.
When in doubt, why not triple-boot Win7 with Win10 and WinXP ;). All advantages in one package.

The problem with this poll is that a lot of young gamers never experienced pre-XP Windows' so their perception may be skewed by what other people said. As for Windows 10 leading the pack...no comment.

100% agree with ya. The first OS I remember was 95 and when xp came along, I was blown away by how stable and good looking it was.
Isn't it time to upgrade your rig though?

Who said that's my only rig? :)
In fact I got this one because it can still run W98.

My first Windows was W95, from my perspective XP was a revelation for it's user friendliness and much better stability compared to 95, 98 SE and especially ME. Started as a DOS user, Windows 95 itself was a revelation coming from DOS and Win 3.11 for it's GUI. Netscape Navigator anyone? XD

for me it's really hard to tell, because I've used practically all of them and many other non-windows OSes as well,
Windows 98 really brought me into using Windows,
Windows XP launched massive spread of Windows among people, devs made plenty of softwares for it,
Windows Vista was a step forward into modern world, sadly quite imperfect,
Windows 7 is basically finished Vista, with proper multicore cpu support and plenty other stuff fixed, SSD support etc.
Windows 8/8.1 was another step forward, but people weren't ready to give up features known from Windows 7,
Windows 10 currently is public beta-testing OS, and it appears Microsoft decided to leave this as it is, spiraling into subscription-based "as-a-service" OS, which is an interesting nowadays trend many software publishers already adopted, sadly it has its drawbacks and it's a matter of time publishers recognize it is a bad step...

right now, Windows 7 is my favourite, because it's the most finished and ready to use Windows OS nowadays 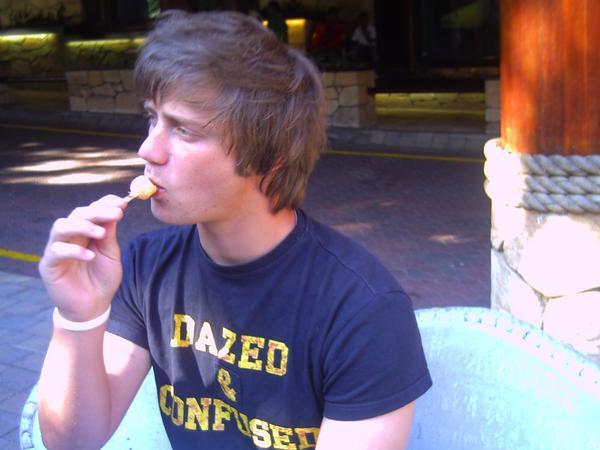 XP and 10 the best. Others, too many software failed to run properly. Make my work delayed most the time. 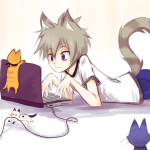 where's windows 2000? loved that one to bits back then, simple, lighter than XP and with the correct updates, just as competent for gaming...

Are you sure about the lighter part??

for me Windows 10, Windows 7 and Windows XP

Same here. Not in that order though.

My favourite version of Windows is Linux.

Windows 98 and windows XP but a close third is 7.
the best part is that what all those versions of windows have in common is that i could run games from discs unlike this hideous big step back monster that is windows 10.

I used all windows from 3.1 ahead up to 10. My computers now use windows 7, i trust it more than windows 10. Also i have an very old machine, a thinkpad 2645 running the most stable windows i know: Windows 2000.

In my opinion:
1.Windows 7 -because is the most stable windows ever.
2.Windows 10 -still have some issues with HIGH USAGE of CPU/RAM/DISK.
3.Windows XP -very good windows.
4.Windows 8/8.1 -i didn`t like that interface but was okey...
Currently i use Windows 10

I think you got it a little mixed up there cause Windows 7 had high memory usage because when i am using Windows 10 my memory, CPU and disk is always low which is shown here and also i have 10 tabs open on Chrome while watching a movie on Netflix.

Personally I would say Windows 7, due to great interface and a lot more respect for ones privacy. Second is 10, which is otherwise great, but respect for user privacy is lacking. Third would be Windows XP, due to huge step forward they were, introducing great level of stability, performance and customization.

Also to clarify, I am using Windows 10 as my OS, by all means I don't really care that deeply about whole privacy thing. But still, I can't really argue with MS going bit too far in that regard. But when ranking them, that would still be something I would take into account.

windows 8/8.1 then win 7 then win 10 then I say xp. Just don't talk about vista horrible mistake.

It pretty much introduced me to a world that I'd only ever heard mention of before then, my previous PC was running MS-DOS 5.0..... sure I could have installed a modem and thrown Windows 3.1 onto it and been able to access the net, but if you ask me, Windows 95 was really the first refined internet experience Microsoft offered, the OS just integrated far better with the net.

my fav window was is and will be Windows XP

because it put pc into new world