Following the surprise release of Bayonetta on PC last night, a fan favourite among action aficionados, developer PlatinumGames has said it would like to bring its entire library over to PC if possible.

"The PC market is huge and can definitely not be ignored. We are absolutely aware of that, and we’ve always felt this way," said a Platinum spokesperson to PC Gamer. "We’ve always had a positive stance towards porting our titles to PC, but the decisions as to which platforms we release our games on, and which platforms are the main focus for the games we make are largely made by the publishers, so this is not something we can decide on our own.”

Over the years PlatinumGames has largely been contracted by console manufacturers, funding exclusives which Platinum may be unable to take a risk on themselves. This has meant a large portion of Platinum’s library is only playable on very specific platforms, although this could be set to change with its new, open approach to PC developer.

“Most third party publishers nowadays realize the PC should not be ignored, so I believe we should be able to become more actively involved in the PC market from here on out,” explains the Platinum spokesperson.

The good news is that Platinum's proprietary game engine is now geared towards PC development alongside console. This makes cross-platform developing easier, raising the chances of PC ports and lowering the cost of development. The counter-point to this is that several of its titles are tied up in deals with console manufacturers, including several with Nintendo, and the chances of them loosening their grip and allowing a PC release is slim to none. Bayonetta was a great start, but Nintendo funding Bayonetta 2's development means it's extremely unlikely we will see the sequel do the same trick.

However you look at it though, we're seeing a number of prominent Japanese studios begin to treat PC development as an equal to console, which we've never witnessed before. This can only increase the chances we won't miss out on future Japanese titles, all playable and better than ever with the power of a high-end gaming PC behind them.

Which of Platinum's games would you like to see ported to PC next? Anyone picked up Bayonetta yet? How have you found it? 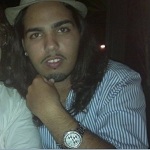 I'll be happy to see Vanquish on PC..
and i think they should move ScaleBound to pc too,
since Microsoft is a whiny Bi**h with their weak XB1 specs. not only that they made CDPR downgrade graphics for Witcher3 because their GPU is a rotten potato.. they also cancelled scalebound.
if they can't run it, move it to PC!

I've been waiting for a PC port of Vanquish for years!!! Let it happen finally!

Go on why not

Vanquish was the bomb on PS3

Already have Bayonetta.
Bayonetta 2 would be nice to have too!

VANQUISH! YES. Wish I still had it for PS3. Such a good game.

All hail the mighty PC! :D

Release Vanquish in 4K60fps and im gonna be in heaven!

I would LOVE for Vanquish to be on PC. I played the crap out of that game on PS3, and would love to play it again.

A real shame about Bayonetta 2, I would buy that just as fast as I bought Bayonetta 1 (instantly).

At least we will most likely see Vanquish, that's also a game I've been wanting to play.

Why is Bayonetta and Nier Automata N/A on the chart? They are already released for PC. 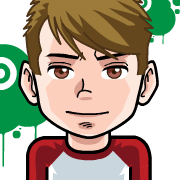 It is N/A because in the second column it states "Yes" to them already being available on PC, thus a PC port isn't required.

I'm blind. It's been one of those days