The takedown from Take Two comes just days after White Team, the mod's creators, shared the first ever trailer for Red Dead Redemption V. It looked really good, which is probably why Take Two had it taken down faster than you can say ‘Draw’. It can still be watched via the reupload for now, but I’d watch it soon as it’ll no doubt be taken down eventually. Just sit back, wipe away the tears and think of what could’ve been.

“I know this is hard pill to swallow, but as you may have noticed we did get contacted , and we sadly have to say we are stopping this project,” says White Team’s excellently named Mr Leisurewear. “We were only gonna get a way to convert the map with both legal copies of each game , and some custom scripted additional content , there was never any intention or mention to either port a story mode over from RDR to V.”

It seems a little harsh on the surface, but any mod which infringes on copyrighted content is always going to find itself in a spot of bother. At the end of the day, the Red Dead Redemption game map is Rockstar’s content, so it’s well within its right to protect it.

A small part of me is still holding out hope that Take-Two only got so narked about this because Rockstar has its own plans for Red Dead Redemption on PC, but I’m not banking on it.

Another day, another Red Dead PC disappointment. Will we ever see Rockstar's western wend its pay to PC?

This isn't the first time a company does something like this. Nintendo for example, is far harsher than this. Beside, this kind of thing falls on the grey area. At the end of the day, they lack the rights to create of even publish it because they actually tampering something that isn't theirs in the first place.

That was a real sh*tty move. They won't port their Red Dead games to PC, and they block modders that try to do it out of love for the games. These guys need to take cues from Bethesda. Bethesda hasn't stopped Skywind or Skyblivion development so Take-Two should not have stopped the GTA5 Red Dead Redemption mod development. smh

There could be many reasons for such actions

Not surprised they did this. Taketwo/rockstar make great games but after playing GTA 5 online it left a bad P2W/ grindfest taste in my mouth. Their profits from the shark cards speak volumes about where they want to take things.

Don't mean to be so critical but the industry is ripe with greedy companies trying to suck every last dollar they can out of you including pulling content in order to make it paid DLC, even shutting down harmless mods that might cut profits

This is why we can't have nice things :(

Well, FiveM still exists, still works, and is still being worked on. I wouldn't be surprised if a download for this popped up somewhere eventually, at worst in an unfinished state, but that's just me being optimistic.

I know it would be totally illegal but if I put so much time and dedication into a non-profit project like this only to get a C&D from a greedy company, I would just continue on underground... To be fair though, Rockstar doesn't even like people modding their own damn game (Nice PR Rockstar), why the hell did these guys think they could get away with such a large project like this?

Rockstar and TakeTwo strike again... stuff like this only makes me not wanting to buy games from these companies again... sigh*

Wow some of the comments here are quite selfish to say the least. Seriously guys that kind of mentality is why some devs opt out of PC.

I get why they did it; you have to protect your IP, especially if you're a multi-billion dollar company like Take-Two. But come on guys? You won't give us RDR, even though we have been begging for years. So why not just let someone else mod it so we can play it? I'm still hopeful that RDR2 will make it to PC one day. T_T

Hoping Red Dead Redemption Remaster to come to PC,PS4,Xbox One

This still pretty lame for them to do thid

fuk u take two and rockstar :/

we have so many developers out there making awful games and none of them thought "hey lets compete vs rockstar with our own western shooter game" I miss GUN so much lol, instead of working on a copycat GTA game like watchdogs why not put that talent to actual use

Play six guns in android. Its a almost copycat of RDR uncluding the nightmare dlc

Thanks but no thanks, Gameloft makes some of the most pay-to-win games I have ever played. Not as bad as SuperCell, but pretty close.

I got bored playing every GTA game after the first 20 mins-hour, RDR was alright but to be honest it's not as great as everyone made it out to be.

Perhaps instead of telling people you are working on a mod, just wait until it's finished and put it up for download. Once on the internet always on the internet.

I don't know for sure, but they might have needed financial support to do this. I'm sure putting a game into another game is not simple or cheap. So maybe they needed donations from fans to get it going. Like I said, I don't know if that was the case, but it could explain why they announced it so early. 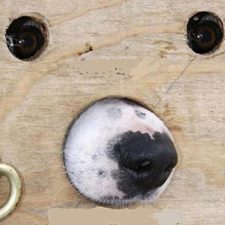 If they did that, take 2 would've of sued the modders on the spot.

I am sorry if anyone gets offended by this but fuk you take two Interactive and fuk you rockstar.