After the minor disaster that was Dishonored 2’s launch on PC, you’d be forgiven for being a little wary of Arkane’s next output. Arkane Austin may be a different studio entirely to the Lyon outfit that cranked out Dishonored 2, however that hasn’t stopped them being ultra careful they don’t make the same mistakes with the Prey reboot. Arkane president Raphael Colantonio has said the team has “doubled [its] thoroughness” during testing for Prey in an effort to make the game run smoothly on PC.

"First of all, it's not like we first do the game on console and then, in the end, we suddenly port the game to PC," says Colantonio. "It starts on PC. That's how game development works. The real reason why PC games often have problems is because there are so many permutations of hardware. Sometimes it's timing—drivers come out the same time as our game. Something happens that makes it more challenging."

It’s interesting to see day one drivers blamed, as we’ve never actually seen that stance taken by developers before. Usually day one drivers are seen as a positive, a way for both AMD and Nvidia to eke out a little more performance from their graphics cards. The downside to this is that Arkane doesn’t necessarily have access to those drivers ahead of time, or perhaps the time to react quickly enough. This could lead to unintended consequences for some users, despite the overall net gain being improved performance for the average user. In a manner it’s suggesting AMD and Nvidia’s recent competition, matching each other on driver releases, may prove damaging in the short run, as both race to get their drivers out just to check another box. The flipside is that there are plenty of games which don’t have any negative effects from their day one drivers, and so the finger pointing begins.

Regardless, the main thrust of Colantonio’s argument is one which has been an issue for PC games since, well, forever. The nearly infinite number of hardware and software permutations means there’s always going to be a few outliers, but it’s down to Arkane to limit the number of issues as best it can. To that end, testing of Prey has been doubled in comparison to Dishonored 2, which should in theory help stamp out any teething issues.

"This time we are, given what happened with Dishonored 2, we doubled our thoroughness in making sure that the game is going to run smoothly," Colantonio continued in an interview with GameSpot. "At this point, the game is fully ready, but that's what we've been doing for the past months—a lot of tests on different configurations and making sure it works. So we're pretty confident. You never know. But we're pretty confident."

My one final, niggling issue is that performance hasn’t been all that great in my time with the Prey demo on PS4. There’s input lag, the frame rates disappointingly low considering the visual quality, and the audio cues seem a little messed up. If the console version can’t get nailed, it raises a few questions over the PC version of Prey. We’ll just have to wait and see how it pans out this Friday, May 5th, when Prey launches on PC, PlayStation 4 and Xbox One.

In the meantime, be sure to check out the Prey PC system requirements and make sure you’re rig’s up to the task. 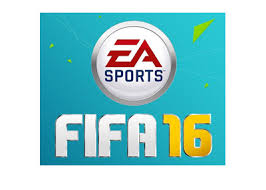 Will it be Denuvo protected?

Prey seems interesting enough, but I doubt I will get it anytime soon. Too many games I want.

No matter what they say, never again will I buy day one a AAA game on PC.
I'm gonna give Prey at least a month before spending my money on it.

No demo for PC? BIG RED FLAG right there...

This just in, Prey Launch created a glitch onto Windows 10, created an AI. AI is now taking over the world.

I'll believe when I see it.

Sorry, but that doesn't leave much confidence. Dishonored 2 is still a giant mess performance wise. I tried playing it a couple of weeks ago, but the fps was going all over the place, no matter what settings I put it on. And this is after months of patches. Excuse me if I don't take your word on face value Arkane.

I read somewhere that if you set the priority for the game in task manager to High, the performance improves greatly. Don't take my word for it tho, test it yourself and please let me know the results. :)

Thanks. I'll try anything for better performance. I want to finish that game, but they're just making it so hard.

2*bad is still bad though.