There’s been an absolutely massive leak of information on Assassin’s Creed: Origins, detailing a bunch of gameplay details, info on the protagonist, naval antics, and a complete absence of towers.

The leak was sprung over on 4chan, which as sources go is about as trustworthy as Liar McLiar Face, so add salt to taste. Still, the information sounds legitimate enough, so let’s roll with what we have.

The first thing, and probably the most important, is that the original two leaks were both not accidents. The user claims Ubisoft controlled the release of both pictures, including the original leaked image from last year and the new one from last week showing the main character in a sailing boat. The image below is part of a mission that will be shown off during Ubisoft's E3 2017 press conference in June. 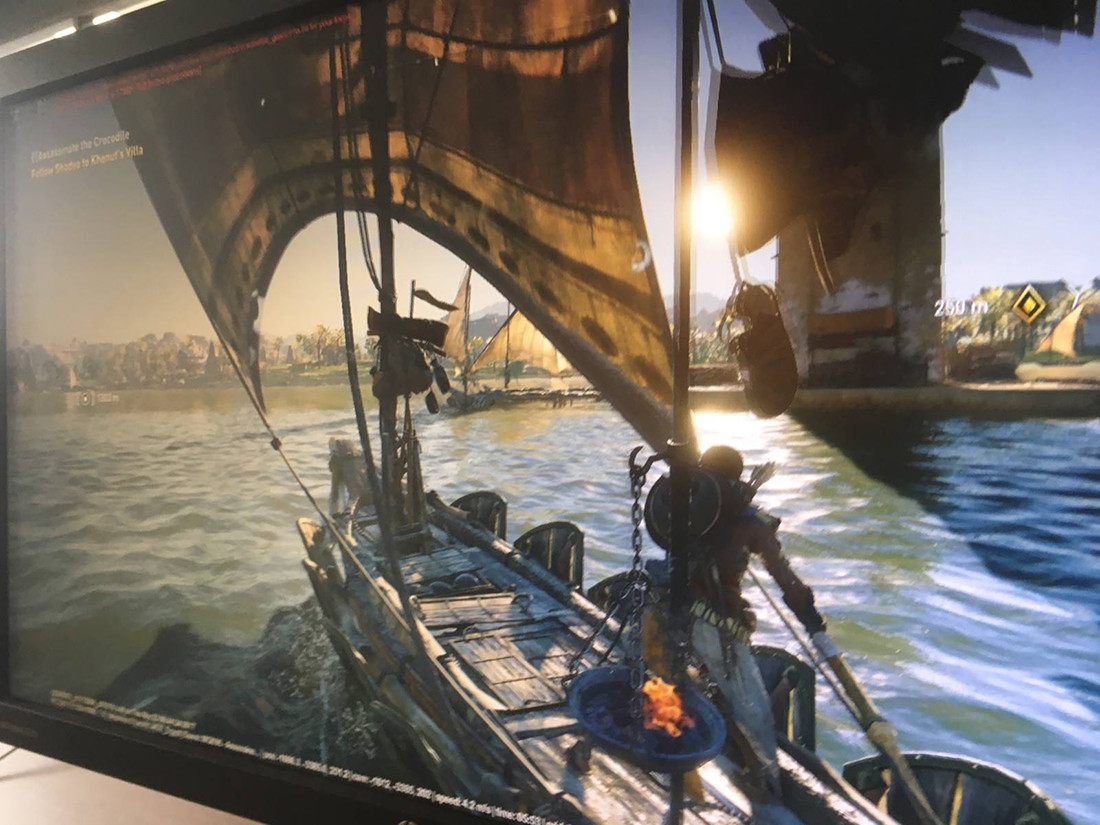 Secondly, climbing a tower in order to reach a vantage point and spot points of interests, unlockables, uncover the map, etc, is no longer a mechanic for Assassin’s Creed Origins. Instead, the player will have an eagle called Akhom. The eagle can be dispatched to spot things, although it can only travel a certain distance from the player. From the sounds of it, this is a mechanic which the Origins team has borrowed from Far Cry Primal.

Assassin’s Creed Origins is also apparently set between 1200 and 1400 BC, in Ancient Egypt and around the Eastern Mediterranean. There will be lots of tropical locales to visit, including islands, oases, and mirages to explore. Players can explore the world in the sailing boat pictured in last week’s ‘leak’. There will sadly be no naval combat; the little boat is purely for travelling purposes. There will, however, be bits and bobs going on out in the open water.

The main character is heavily tanned and apparently an Israelite. He’s already a trained assassin at the start of AC: Origins. The plan is to use the same protagonist for a trilogy of Assassin’s Creed games, the second of which may be set in Ancient Greece. There’s also a modern day protagonist, a male who is mixed race. The modern day component will be integral to AC: Origins, and there be larger environments to explore when you leave the Animus.

Combat has been reworked for Assassin’s Creed Origins. It will be more involved, enemies will try to flank and the player will need to make full use of a limited skill tree. Weapons include a bow, spears, throwing knives, swords, a shield, and a primitive hidden blade which requires losing a finger to install. Skills are split between Combat, Stealth and Movement, but there are a limited number of skill points and a set number of skills which may be active at one time. You may have to tailor your talents to specific assassination missions.

Crucial to this will be rejigged stealth. Blending in with crowds will again be at the forefront. An assassin is at his most dangerous when he can’t be spotted. You can hide on corners, behind rocks, and in the usual haystacks and bushes.

Lastly, Assassin’s Creed Origins will allegedly be a 100% single-player experience. There are currently no plans for any multiplayer component.

And, while not about Origins itself, the leaker also suggests an Assassin’s Creed in feudal Japan or China isn’t going to happen. Ubisoft allegedly doesn’t believe a game set in Japan would be successful, and AC: Chronicles - China was released to appease fans calling out for a game set in the Far East.

There’s a lot to take in there, but what do you make of what you’re hearing about AC Origins? Think there's any truth to these claims? Let us know!

i really like that AC is set in ancient times where he belongs... sounds to me as a good game :) greece would also sound good or persia... just no modern AC as syndicate was,doesnt feel like an AC at all... hope this one fixes it

"NO TOWER" is bothering me. There will be an eagle for unlocking maps ? BS

Okay, i guess there has been an oversight here. The first Hidden Blade user was Darius (5 BC) in which he used the blade to kill Xerxes. Asassin's creed Origins happens almost 2000 years before Darius's time, and they're just gonna "lol sorry guess turns out he's not the first one lmao" ? smh 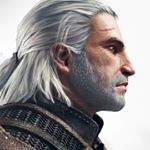 You are sadly a bit off on the info. I thought the same way. But apparently, the hidden blade that Darius used was the First Recorded use. This will probably be something like a legend that was long lost after so many years. It will be interesting to see how they outline this. Seeing we didn't have hidden blade in Syndicate and now bringing it back to a time where apparently there was none. There has to be an explanation. Maybe no one really knew when they first started using hidden blades.

Fair enough. They better have a decent explanation for this. I was thinking something like they use a simple dagger for the stealth kill and over time started developing a hidden blade but the blueprint is lost, but it's going to be found during Darius's time.

As for Syndicate, there was a hidden blade. Like Unity, you can't use it in battle. Syndicate even has the same hidden blade killing animation as Unity.

naval battle in 1400 b.c would be awkward, what would they do? trow rocks and spears at each other, on wikipedia there is a naval battle in Egypt Nile in 1190 b.c, i really hope there is no 1st person modern day you are now assassin **** anymore

Naval combat was okay in AC 4, but it gets annoying in AC rogue, that´s why i couldnt complete the story xD .

I agree, it also went with the story, Edward was a pirate, I didnt play anything with the ships in ac3, it wasnt programmed good .

"Throughout antiquity and the Middle Ages until the 16th century, the weapons relied on were the ship itself, used as a battering ram or to sink the opponent with naval rams, the mêlée weapons of the crew, missile weapons such as bolts from heavy crossbows fixed on the bulwarks, bows and arrows, weights dropped from a yard or pole rigged out, and the various means of setting an enemy alight. The latter could be done by shooting arrows with burning tow or by Greek fire ejected through specially designed siphons."

Too much graphics for a tailing mission simulator

Assassin's Creed is NOT yet ready for Samurai and Ninja.

It will probably be a lot different than people think too. Ninjas were mostly just spies and samurai was more of a social status.

Or it might be full on Hollywood where shuriken are flying around next to kunai and ninjas.

Yeah, Hollywood's portrayal of ninjas couldn't be farther from the acutal truth, but I have to admit, it sounds way cooler.

Looks like we are getting a reveal soon, hopfully this week

this sounds really good, no naval combat is unfortunate, but I do like the sound of everything else so far.

aww... i wanted all those broadside booming naval battles. well looks like no Naval battle is still a go for me for this game. it's been a long time since i played any of the ASC games after Unity, this is gonna be cool. single player experience hell yeah i wanted it. and wait no viewpoints seriously. i really loved those leap of faiths and tht cool camera rotation and stuff.

i kinda was thinking how a naval battle is possible in tht era as there were no mechanical weapons like the guns, cannons etc.

In that time naval battles were mostly fought by boarding the enemy ship or ramming it till it falls appart.

Well, I'm interested. But, I was hoping the "modern day" segments would be a thing of the past...I mentioned this a few months ago, or maybe last year, when we were all speculating about AC:Origins, that it would be cool if the "modern day protagonist segments" were instead segments about the ancient Egyptian character's ancestor from 10,000-100,000 years before, from the time of the human uprising against the Precursor race, like the flashes we saw in ACII, and how Ezio relived Altair's life in AC:Revelations. But oh well, I still want to play this :D

Yeah I know what you mean. Being Assassin's Creed, there has to be some segment like that, where you, the player in the present (or Desmond, in the earlier games) spend most of the time reliving a past character, interrupted by short modern day segments. What I meant was that it would be different if Ubisoft turned that around, inverted it, so that the player character would be, in this case, the ancient Egyptian character(s), spending most of the time in their own present (ancient Egypt), interrupted by short, even more ancient segments, reliving the

life of a human slave from the Precursor era, such as "Adam" or "Eve" from the secret ACII memory unlock. This would be done similarly to how Ezio uses those disc things from Revelations, I guess. I'm sure we'll see more of that eventually, either way. I just thought it would be different if the gameplay turned the whole Animus thing around.. but, then we wouldn't know what's going on with the Assassin's vs. Templars in our own present, so, I guess they have to keep it the way it is. I just thought it would be interesting.

I actually like the idea of AC in Japan, around WW2 would be best, imagine all the battleships 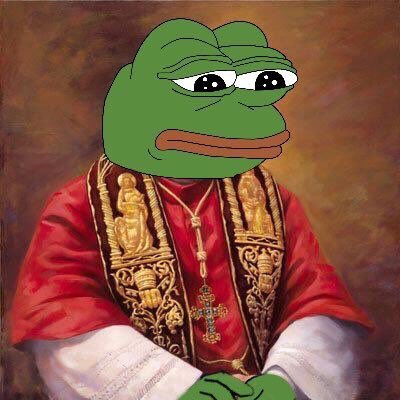 I agree that an Assassin's Creed game in Japan would be fun.. Although not WW2. The setting and weaponry of WW2 would ruin the ability for Assassin's Creed to be the game that it's loved for being.

Cool. They mentioned a lot of what we might see in the new AC game was inspired by CDPR's approach to making The WItcher 3, which can only be a good thing. Also, good on them for going full single-player, the online stuff always felt like a hindrance and nothing more to me (mostly because of the awful Uplay).

If the rumors are true and they wan't to make a trilogy out of it, wouldn't it be better to do what they did in Ezio, started as a young Assassin, not already a veteran/skilled. I also like the idea of having 100% single player.

they might borrow from Call of Duty Modern Warfare, which I know osounds silly, but in those games, the main protagonist of 1, Soap, is integral to 2 and 3, though you don't play him in any but the first game, Origins' protagonist might fulfill the same role.

I guess that means it's gonna be a lovable character (cough Connor cough). I thought Arno was pretty good anyway tho. Also, I fully expect micro-transactions like in Unity and Syndicate, cause it's single-player, not "offline"...

Does anyone even care about Assassin's Creed at this point?

Well looks like u care since u r in this page :D

Bout time they did another trilogy. One of the reasons I think none of the games since the Ezio Trilogy have gone down as well was because every game you're just given a new person to play with no emotional connection to.

Like, I bought Revelations just so I could see how Ezios story ended. If it was just a random new guy then I would have given it a pass.

I know ubisoft have made lots of mistake in the past few years, but i sincerely wish that ASSASSINS CREED ORIGINS be super successful and will give all the AC fans what the previous few titles werent able to deliver. fingers crossed