The Witcher is Being Made Into a Netflix TV Series

The beloved Witcher series is coming to a small screen near you. No, not that one, the other one. Netflix has partnered up with Polish author of The Witcher novels, Andrzej Sapkowski, to create a TV series dedicated to monster slaying and, er, ploughing.

“Andrzej Sapkowski has created a rich and memorable world, at once magical and familiar,” said Erik Barmack, Netflix vice president. “We couldn’t be more excited about bringing Netflix members around the world.”

The Witcher’s author, Sapkowski, will be on hand to serve as a creative consultant for the series. “I’m thrilled that Netflix will be doing an adaptation of my stories, staying true to the source material and the themes that I have spent over thirty years writing,” said Sapkowski. “I’m excited about our efforts together, as well as the team assembled to shepherd these characters to life.”

The English-language drama series plans to encompass the entire works of the Witcher Saga, which spans a total of eight novels and story collections focused around the titular witchers. Geralt is just one such witcher, a supernatural hunter with an expertise in killing deadly monsters.

Sean Daniel and Jason Brown are both executive producers on the project, both of whom helped create current Netflix series The Expanse. “The Witcher stories follow an unconventional family that comes together to fight for truth in a dangerous world,” said Sean Daniel and Jason Brown. “The characters are original, funny and constantly surprising and we can’t wait to bring them to life at Netflix, the perfect home for innovative storytelling.”

A Witcher series then, which could be awesome or it could be the usual video game adaptation fare. The quality of Netflix’s own output has veered wildly from excellent to terrible over the last couple of years, so we’ll have to wait and see how this one pans out.

Now for the all-important question - who would you like to see play the parts of Geralt, Yennefer and Triss if they are to appear in the TV series?

I don't know about this. The Witcher is one of the best series of games I've played and one of the best series of books I've read, ever. Playing up to that will be tough. I won't write it off, yet. But I can't get away from the feeling that this is just a quick buck scheme in order to capitalize on the massive success of the series lately.
Or maybe I'm just being too paranoid. We'll see I guess.

I would like to see them cast virtually unknown actors and actresses. The cast needs to become the character not the characters being adapted to some famous person.

Either way, any production has a lot to live up to.

agreed, the original characters are paramount. the whole 'witcher' universe is the characters. if they mess that up the whole flow of the story gets distorted.

it should be Starz.

Based on your comment, I'm guessing you spend a lot of time in game visiting the passiflora.

Unless there's a huge change to the story(with Sapkowski involved is unlikely), Yennefer and Triss won't appear much(if at all). Geralt spent most of his time with his Hanza(of which only one member, Regis appears in the games), and before that alone or with Dandelion. Even if it's another Anthology series set before/during the first war, there's still basically no chance of Triss, and only slightly better odds for Yennefer.

Even though it's based on the books, they could alter it somewhat. And they must know Yen and Triss are popular in the games, so it would make sense for the creators the include them in the series.

Maybe it'll work like the video games and continue the story...
Anyways, Geralt and Dandilion alone could make a very intriguing story.

I don't want them to yet again continue the story because the story had an end, a really good end. I hope they do something different with the show, but well within the series universe and the characters. I meant not to deviate from who characters and world are.
To do something new with the story the way games did, but not necessarily continue it.
That kind of stuff.

Sapkowski doesn't like the games though, especially how they treated elements of the story. So it would seem logical to him(and probably the producers as well, who want a fresher thing to adapt), to go off the female characters the books had and the games did not. Namely Milva, but also Angoulême.

Sapkowski mostly dislikes the games in general. He never believed they can tell a big and grandiose story as books can.
Even when he sold the rights of his franchise to CDPR he took the fixed amount of money because he strongly believed the games will flop, hard.
He said it multiple times now that he seriously regrets doubting in CDPR.
That's why he never had any part in the games.

There are elements he dislikes about them and that he would've liked to see differently made and done, but you can't argue, and I don't think he can either, that games didn't do justice to the world they were based in.
He's just an old times guy.

TW2 and TW3 take place long after the Siege of Stygga Castle. Milva and Angoulême died there.

I'm definitely interested in this! I still have a few of the novels to read, as well.
I know about the rift between Sapkowski and CDPR...that's too bad...I love the games, but I'm looking forward to this series, too.
Reminds me, I need to watch season 2 of The Last Kingdom on Netflix...and also I need to play the DLC for The Witcher 3.

Yesssss! I'm crying out of happiness

personally i prefer a well made book.

This could still end up entertaining though.

FINALLY!!! I can't wait! I hope they do it in book order, sort of like Game of Thrones.

Netflix is actually the one media company that I think could pull this off. They like to stay close to source materials, and their shows are usually very high quality. Also I find it funny that Sapkowski said, "..staying true to the source material and the themes that I have spent over thirty years writing". I think that was a jab at all this controversy between him and CDPR.

If done correctly....this will be an amazing show that could bring life to a whole new genre, would love to see more high fantasy themed movies and shows, the Witcher universe is dark and unique that it could do wonders for the industry....assuming they dont botch it...but what a wonderful world to see come to life, better not be kiddie oriented. lose half the atmosphere =p. 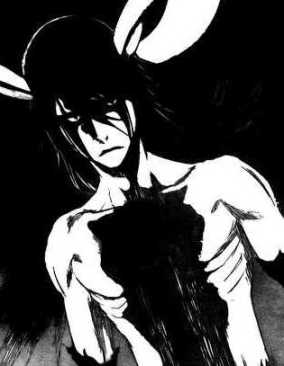 The Expanse is a SyFy show, its not even available on netflix

It's not a Netflix original but it does air on Netflix.

Well, at least Sapkowksi is there to (hopefully) ensure that they will not totally destroy the series. Who knows, it could be great, it could be terrible!

Hell yes. And now I know what I'll be addicted to next time :P I can't wait to watch this series. Nicely done Netflix!

no way. Josh Holloway, Hugh Jackman, or Nikolaj Costar-Waldau would be better imo

Viggo is a very good shoot

Every one of the actors mentioned by you is good pick! I just think Mikkelsen is "ugly" enough to play Geralt. If you read the books it is made clear that White Wolf is not handsome

I just think he's a bit too old for a tv series if they want it to last for a few years. Really depends if they want to go for an older guy or a younger guy. I feel the guys I mentioned are in the right sort of age bracket.

Mads Mikkelsen would be an amazing Geralt. Though I'm not sure he could pull off the white hair tbh. My pick would be Anson Mount. He has that broody, yet still likable personality. My other choice would be Nikolaj Coster-Waldau. But he probably wouldn't do it cause GoT is still on.

Inb4 the first few episodes are amazing but then Geralt start a monologue about gender identity after which Triss starts singing about her vagabunga and how it talks to her.

Booooooooo.... I'd rather have The Witcher IV...

If anything this boosts your chance of a Witcher 4

Though I've never played a single Witcher game in my life, I'm very excited for this. I'll get to see what The Witcher is known for and also get a feel for the game. Hopefully it's as great as the games.

Haha same here, I think it will rival game of thrones type of seasons :D