Up For Debate - What is the Longest You've Gone Without a PC Upgrade?

Us PC gamers are impatient beasts, and don’t the hardware manufacturers just know it. Every waking moment it feels as if there’s something new right around the corner. The shiny, glitzy new component which will elevate your gaming to a whole new level. Suddenly a new graphics card is announced and we begin to look at our PCs with disgust, thinking it’s probably time to throw half of it in the trash and awaken to a whole generation of performance.

But for most of us, it comes down to cold, hard cash. We can’t all upgrade to whatever we want, when we want. We have to pick and choose our battles, hopefully buying the right components at the right time. It doesn’t always work though, as people trying to get by on their GTX 700 series can attest.

Sometimes things just get in the way as well, and upgrading your PC just falls by the wayside. I actually went a good four years without buying a single thing for my PC, which I believe is the longest stretch I’ve gone. After all that time, a total rebuild was necessary, so I put a new one together from scratch.

I say four years like it’s a long term, but apparently, the average amount of time users completely replace their PCs is 4.5 years. Obviously, these results are a little skewed for enthusiasts like us who like to switch out components, but it’s interesting nonetheless.

So I was wondering if there were any GD’ers out there who have gone a particularly long time without an upgrade. Perhaps you’re getting by on a five-year-old graphics card and you don’t feel a pressing need to upgrade when Overwatch runs just fine. Or are you a serial upgrader, switching to the latest and greatest components as soon as they come out? Spill the beans below!

What is the Longest You've Gone Without a PC Upgrade?

i upgrade when i have money.

i think after 2 year is good upgrade

Went from an i5 3350p/7850 around 3 years ago, then i5 4690k/7850 a year or so later, then down the road purchased an r9 390 a few months after that. Just recently purchased a ryzen 1700x and planning on seeing how Vega does and upgrading. So mine is probably around a year or so, this time around i flat out bought a powerful gpu so i wouldn't have to upgrade after a year. 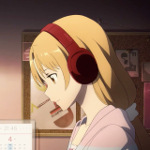 For things like hdd/ssd, sound card, cables, keyboards, mice etc, its normally i replace them when they stop working.. Only excpetion is my current sound card, since it havent broke yet.
For the main upgrade things, like cpu/gpu/psu/mobo, its usually 2 or 3 years, and i replace them not 1 by 1, but all in one.

its been 5 yrs plus, and i still think i can squeeze a couple more. ;)

it's been 2 years now, I'm asking my dad for some money to change my gaming laptop to an Asus FX553, he's still considering it...

Dude, build a desktop. Won't have to replace the whole dang thing every few years then. Can just upgrade what's holding you back- which is much cheaper.

Do some work yourself, make some money, and get an even better PC than your sponsors (parents) would which will be an even more amazing experience when you will have earned it yourself. Also, it matures you as a person. And it shows your parents that you really want the darn thing.

I used to upgrade my whole pc every 4 years and graphics card every 2 years but because of lack of funds and hard to find a job in the new area I'm living in I cannot afford to upgrade anymore this is why I need to win the 1070/ps4 comp that's going on this site :)

I tend to upgrade 1 component/peripheral per year baring an emergency part failure or an occasional splurge. I build a new PC (MOBO/CPU) roughly every 7 years or so. I doubt that I've gone 2 years w/out any upgrade whatsoever.

So you destroy every game with that setup right? at 900p im sure you get smooth 60 fps in every game ;)

depends on what kind of setting he's playing with, on Low, yes 60fps everywhere, but on high, I'm thinking about around 30-40fps

4 years for me, then GPU just had to go... I think console generation switched and requirements were bumped up, so I went from playing pretty well to playing on low. :-D