In a surprise announcement, Ninja Theory has announced Hellblade: Senua's Sacrifice will be launching on August 8th for PC and PlayStation 4. That's very soon indeed, giving us just two months to wait. The announcement is joined by an all-new trailer, a budget $30 price point designed to reflect its 'indie AAA' status, and the minimum PC system requirements for Hellblade: Senua's Sacrifice.

The specs listed here are the hardware you'll need to play Hellblade on PC at low graphics settings and 1280 x 720p resolution. That makes Hellblade: Senua's Sacrifice a pretty damn demanding game, showing Ninja Theory is sticking true to its promise of delivering a AAA quality title with a smaller indie development. Failing that. Hellblade is either terribly optimised or the recommended specs up being not much higher than the minimum, we'll just have to wait and see.

As far as AAA titles go, these are still fairly lofty minimum specs for Hellblade. You're going to need a DirectX 11 capable video card with at least 2GB VRAM, paired with a 3.4GHz quad-core processor and 8GB RAM. That's a pretty high barrier to entry for a budget priced $30 / £25 title. 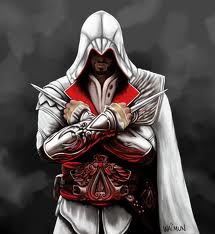 Everyone who can afford it should preorder just to encourage these devs cos they deserve it.

I'm not quite sure what this is, but it looks cool and I want it!
Not gonna preorder though, they can thank Ubi$oft and such for that.

There should be absolutely no game in existence baring maybe Star Citizen I shouldn't be able to play in 4k. Witcher with anti-alasing turned off and everything on max I still get low 50s even during hectic fights.

only 20 people working on it, GTX 770(- gtx960) for low 720p and a 30$ price. optimization odds are very low especially that they are begging for preorders.
i personally will consider supporting them after they prove that they made a good game that deserves it

Completely agree, here's hoping they did a decent job, and just over inflated the requirements just to be safe.

Definitely not pre-ordering until I see game and performance reviews. 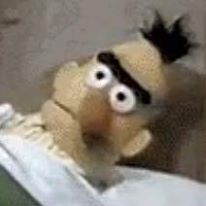 So, this is game is coming to PS4, and those are the minimum requirements? Something's wrong here. I guess the PS4 version would run less than 720p 24 fps

After the trailer it said PS4, Steam and GOG so it's coming for PC after all, sony didn't have enough money to spend on it to be exclusive.

That moment when your CPU is the minimum required :/

Damnnn those system requirements are high as f'ck and they are for 720p? I call bullsh't, marketing to make people upgrade. With these requirements that means that even modern day budget cards like the RX560 and GTX1050 don't stand a chance to run in it.